in this article, I’ll share with you What is the Best VR Camera in 2020? Best 360 cameras for iPhone you can buy Now, 3D video, and 360° panorama combined into VR (Virtual Reality) video. But for a shoot or record VR video, you must require a compatible camera from these best 360 video recorder cameras for VR (Virtual Reality). Features and Perfection have been changed from different VR technologies came in different VR camera. So please review below each VR video camera that’s highlighted with the unique features compared to others, so you must go with it first.

Note: Virtual reality video now support YouTube, Facebook, or Twitter and enjoys 360° view on VR Headsets from iPhone or other smart devices. For that, you have to convert the video using Mac VR (Virtual Reality) converter app. 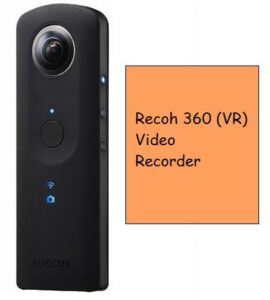 Perfect for professionals and beginners, who want an excellent quality video from anywhere (in Car, From Bike, On the way, Party functions and Capture 3D view from the drone as well). Not only 3D video visualization also microphone record 3D audio sound when you experience on VR headset from iPhone and another smart device. Dedicated apps for view recorded video on iOS and Android app. Easy and fast sharing between your device over Wi-Fi. Also directly share the video on Facebook, Twitter, and Tumblr.

Record all things around your using a 360fly camera, also instantly viewable on your smart device. Don’t waste money in the Expensive digital camera, Keep this powerful 3D camera video recorder. Classic, unique design that will care your camera from dust, Sand, Rain, and liquid. 360-degree action camera inside a protective shell. 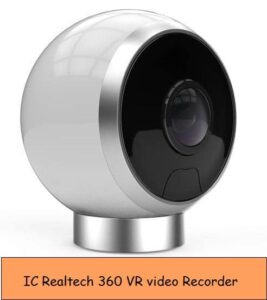 Activate surveillance mode and start 360-degree recording for VR video. In full-featured you can record, share 360-degree video in 20 frames per second. Built-in Speaker and Microphone for two way audio connection. Quick and Easy process on recording due to Qualcomm Snapdragon 800 Quad-core processor. 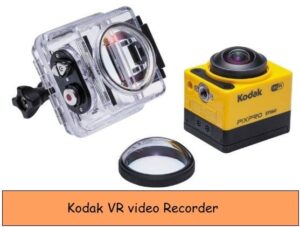 Faster than ever for more clarity, Quality, and Speed for a record (360 degrees) VR video recording. 1080p HD video recording that will record video in 10 fps rate. Remote viewer app for stream video directly to your smartphone (iPhone, Android). 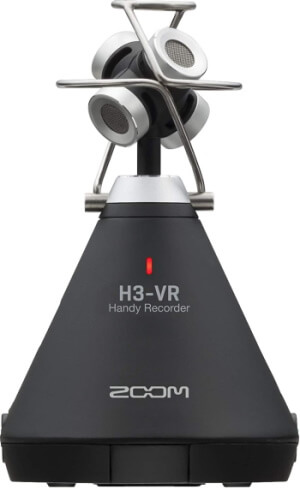 Virtual reality video now captures in your frame rate remotely, Up to 6X rate you can record any situation without the miss in 360 angles. Battery powered works awesome to record continuously. In any direction, watch any moment with the 3D view.

Above are great 360 Video recorder cameras for VR (Virtual Reality), record as a Professional VR Videomaker, Camera price might be high then you aspect, But you get money value result in video resolution, perfection, without miss a moment.

How to Share iPhone health data with families and friends

Added to wishlistRemoved from wishlist 1