Here listed all 3D Touch Supported iOS 10 Apps for iPhone allows you to take quick action on app icon from iPhone home screen called peek and pop concept. Recently, Apple’s June 2016 keynote wrapped up with the announcements of four different platforms likely iOS 10, macOS Sierra, WatchoS 3 and tvOS. Among all operating system, Apple iOS 10 is a mother of all iOS updates, said Apple CEO Tim cook. There are many apps in iOS 10 comes with 3D touch supports, before these apps not works on 3D touch in iOS 9.

Even you have an own iPhone 6S or iPhone 6S Plus or later iOS model then let’s get here information about a list of 3D touch supported iOS apps. These apps allow you quick actions so very easy to open and take up work. For instance, Press on 3D touch camera app you will get directly options menu likely Take Selfie, Record Video, Record Slo-mo, and take photo. Therefore, that makes path very easy and shortcut. Same way all other 3D touch supported iOS 10 apps you can know at below.

You may like to know iOS 10 compatibility devices and also enjoy Apple iOS 10 features.

Note: The iPhone SE is only Apple’s phone it came after the iPhone 6S and 6S Plus released, but doesn’t have 3D touch support feature.

The List of 3D Touch Supported iOS 10 Apps for iPhone 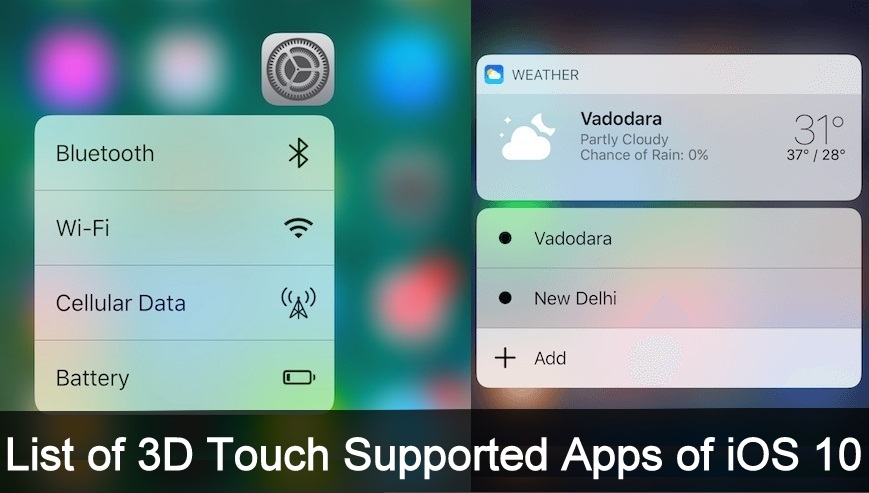 While you search app or user on spotlight search, now you can use 3D touch to summon the relevant widgets or quick actions. 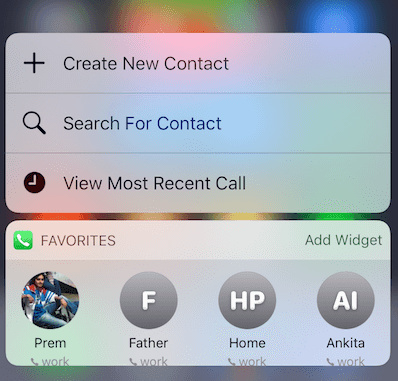 On 3D touch-enabled iPhone 6S / iPhone 6S Plus while you press and hold on Phone app icon on home screen. You can create new contact, search for contact, view Most Recent call, and now one more option in menu of iOS 10 Phone app, it’s a Favourites. See favourites contacts in peek and pop menu. 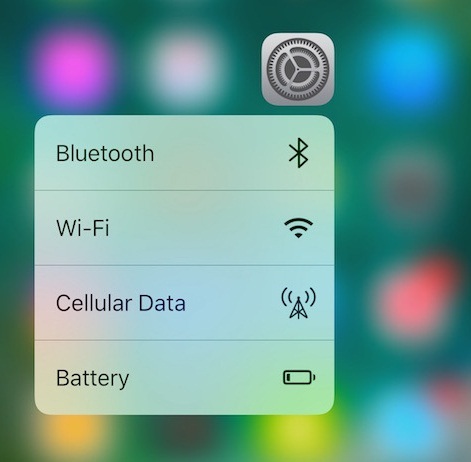 In iOS 10, users wish regarding Cellular data shortcut would be completed. Because now 3D touch supported Setting app bring up Bluetooth, WiFi, battery and Cellular data. So now you can directly jump to turn off/turn on cellular data easily. 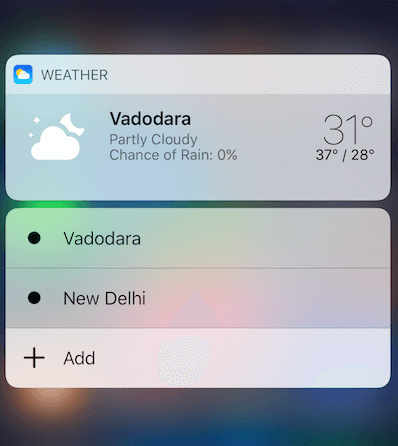 3D touch supported Weather app gives quick action options in iOS 9. But in iOS 10, you can get Widgets above the quick action menu. 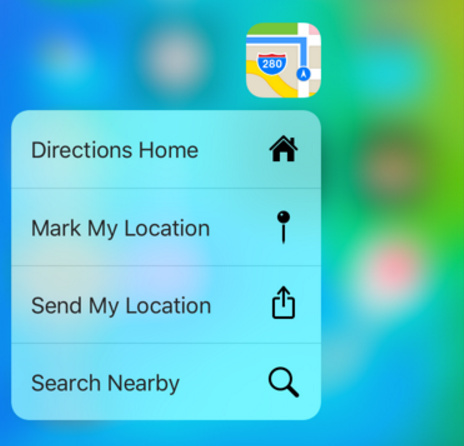 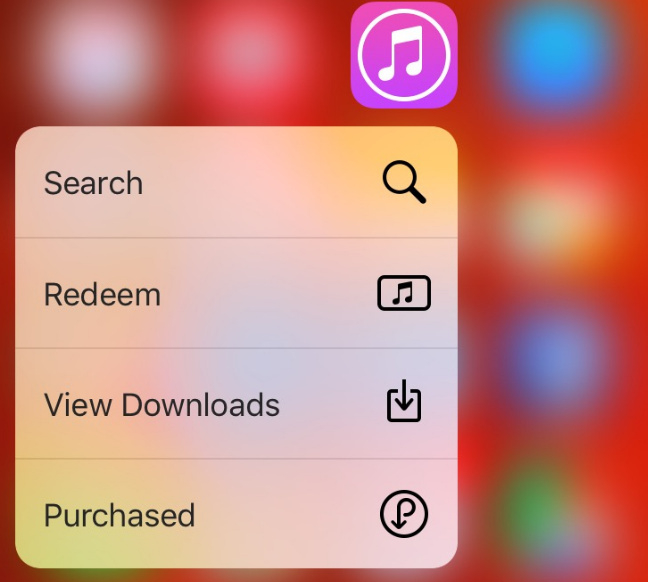 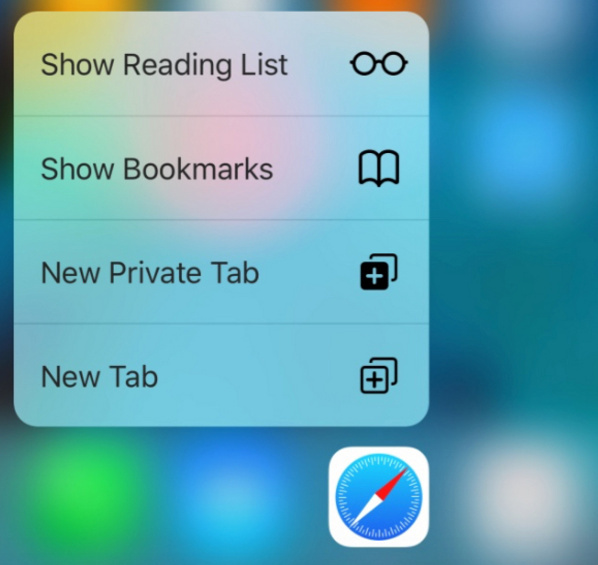 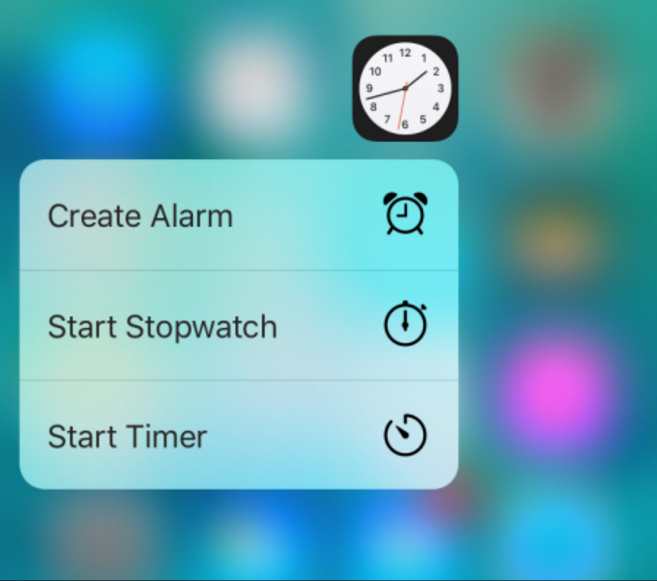 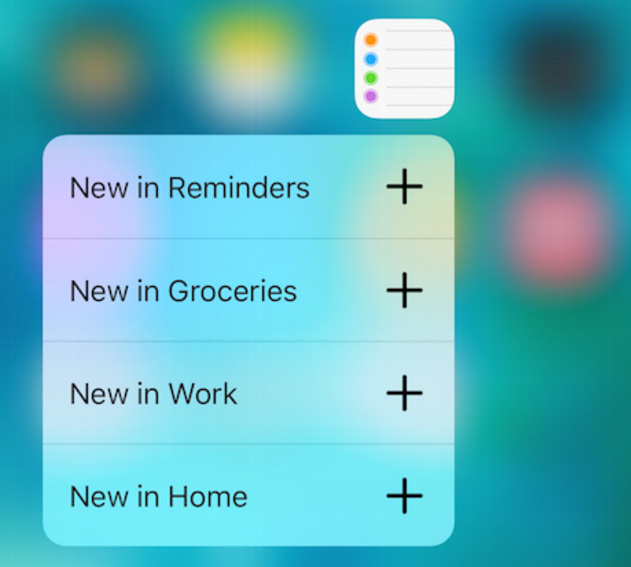 New in Reminders, new in Work, new in Home and other created list.

Press and hold on message app icon on home screen and get a menu on it, you will get new message option to send quickly to your any contacts.