All about iPhone 6S and iPhone 6S Plus Camera 2015 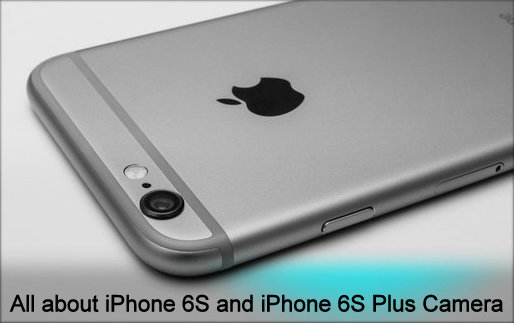 There are not only about Pixel count on iPhone 6S’ models, but Apple has also improved the iPhone 6S camera local tone mapping, optical image stabilization (Available only on iPhone 6S Plus model), noise reduction, And Focus Pixels is now also incorporated in tap to focus. There are five elements lens has been put in to make camera of iPhone 6S model.

Apple launched a 3D Touch features on iPhone 6S and iPhone 6S Plus. And this Live Photos features works with Images via a characteristic called Live Photos. Total Animation photos you can be watch via 3D Touch.

The 4k Video recording feature efficiency is seems totally newly in the Apple’s history. Cause now you can be take Ultra HD video recording to shoot movies or whatever using the iPhone 6S and iPhone 6S Plus camera. Record 4K Video (3840) at 30 fps as well as you can also take 8-megapixle Photos while you recording 4K video.

Let know about as a feedback all about iPhone 6S and iPhone 6S Plus Camera 2015. Keep in touch with us to get much more on iOS 9.