Apple will officially declare all about new Apple Siri speaker (HomePod) in WWDC 2017. Also, it’s remarkable for the developers and gives a few months time to developer own app for new Siri speaker (Home automation system and more). Siri-Enabled smart speaker by Apple now in a market as the toughest competitor of Amazon Alexa, Google Home or others. Now everything all about this new HomePod features, Price, Specs and Release date is confirmed.

All the names are the best suite of other Apple products and related too. 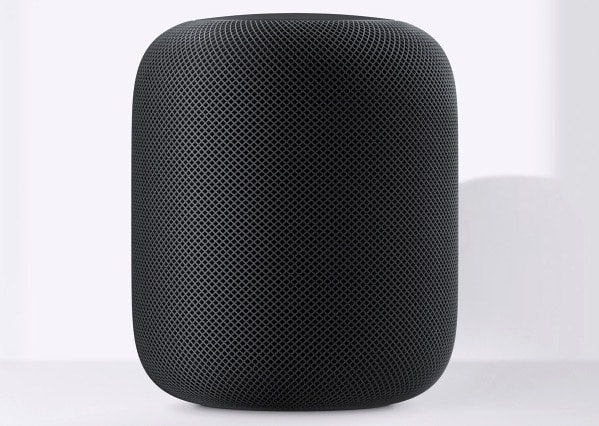 Release Date is not confirmed to launch it publicly. But confirmed rumors saying, it will be available in market at the (December) end of this year – 2017.

How to call HomePod?

Activate or Wakeup Home HomePod with “Hey Siri” command before asking a question.

Apple integrated (Apple-Designed A8) cheap that work smart way in your room. That’s the smarter and help to scan the surrounding atmosphere and pass the quality sound at all. It doesn’t matter to choose speaker location, at the corner or center of the room.

Compact design, Stable base on any surface.

Cost is $350 and available in December.

Big area auto cover by multiple HomePod, New connecting technology between them automatically sync itself and ready to play sound at once.

Along with Siri, HomePod is also accepting touch controls. Tap on top of the HomePod for play, Adjust volume and Pause. LED waveform on Listen to your voice by Siri.

And another important HomePod Features is controlled all home accessories via the speaker, iOS devices (iPhone, iPad).

English – US, UK, and Australia

iOS users are in the world not happy on average, because of unexpected Siri result. And the Amazon Alexa is awesome, that’s why people love it.

This time Apple will do something magic for all Apple fans. Past time Apple released AirPods and Apple watch as well the first time in history. And got amazing success.

Tech people also curious about which are the input ports and Streaming hardware (Airplay, Airdrop and more).