Apple TV Remote Not Working in 2021: How to Fix

Like Apple TV, its remote is also smart which reduces the labor of your fingers. All you have to ask Siri and you can get the things done like increasing volume, switching channels, and much more. Remote play an essential role if you have Apple TV at home, if remote not working on Apple TV then you will get embarrassed at every moment.

The Apple TV Siri remote is not available in all the countries; elsewhere we have Apple TV Remote. To use Siri remote, you need to select the language and set up it with your Apple TV otherwise it will not work properly.

Fix 1: Get yourself close to Apple TV

When you operate Apple TV with Siri Remote, keep in mind that this connection totally relies on Bluetooth and so you need to stay in the range of Apple TV and then ask Siri whatever you want. Also, move any objects that block the signal between the Apple TV and Siri Remote so that the remote can directly contact with IR sensor of Apple TV.

Fix 2: Charge Remote: Why is my Apple TV not responding to remote?

If Apple TV remote is not working, then kindly check if the remote is charged or not. If you are not sure about how much battery is left in Apple TV, then put the remote on charge for 30 minutes and see if it starts working or not. You can use a lightning cable to charge the Apple TV remote.

To repair the Apple remote with the Apple TV firstly you will need to unpair it. The process is very simple and will take few seconds to get completed.

Step #1: Press and hold the “Menu” button and “Volume Up” button for five seconds on the Apple TV remote.

Step #2:  If in the case of Apple TV asks you to place the Remote on the Apple TV then place it on the top of the Apple TV.

It’s time to restart the Apple TV itself which can be a reason behind Apple TV remote not working. All you have to do is unplug the power adapter of Apple TV for almost 10 seconds and then plug it back. Now check if the remote response to Apple TV.

Still, the problem persists then you might need assistance from Apple Technical team to get fixed remote not working on Apple TV. If the real problem is with the Apple TV remote, then you might get a replacement for the damaged remote.

Also, Now We have an app for Apple TV 4th Generation or Later, Apple TV 4k

iOS 11 or later iOS device installed on iPhone and iPad has Apple TV Remote app that can control your TV if both the device is under the same WiFi Network. 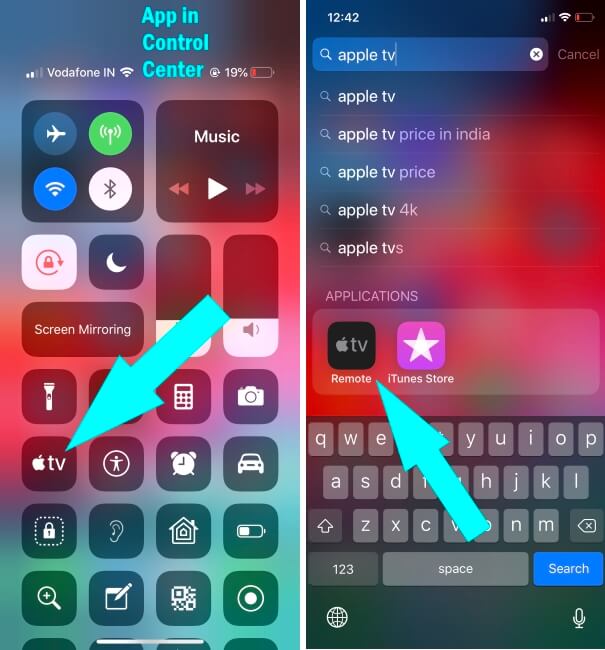 Similarly if you have Apple TV Remote Aluminum or White then follow the steps,

To do so, press and hold the left button and menu button for six seconds. On your Apple TV, you will receive a symbol indicating the Apple TV Remote is unpaired.

To pair the Apple TV Remote, press and hold the right button and the menu button for six seconds. The Apple TV will show you that remote is paired with Apple TV.

Sometimes an old battery can also result in Apple TV remote not working, kindle buy new batteries, and try to use remote with Apple TV.

The above solutions are different, so I have mentioned it separately. Besides you can also try the Apple TV Siri Remote not working. Send us feedback on which solution is worked for you. and Gives upvote if this helps. also, follow us on social.

Jaysukh Patel is the founder of howoiSolve. Also self Professional Developer, Techno lover mainly for iPhone, iPad, iPod Touch and iOS, Jaysukh is one of responsible person in his family. Contact On: [email protected] [Or] [email protected]