The story about on Apple Watch Vs. Android Wear specification and details. Apple watch was released in April 2015; it has been announced during the Sep 2014 WWDC event of Apple. According to the features and price, and look of upcoming Apple Watch; definitely, the USA, Canada, UK, Australia, Germany’s younger are eager to wear it on his or her cute hand.

You would like Android Wear that’s I don’t know but if you want to know Difference or comparison between the Apple Watch Vs. Android Wear then goes beneath and check out what you can do using the Apple watch or Android wear. 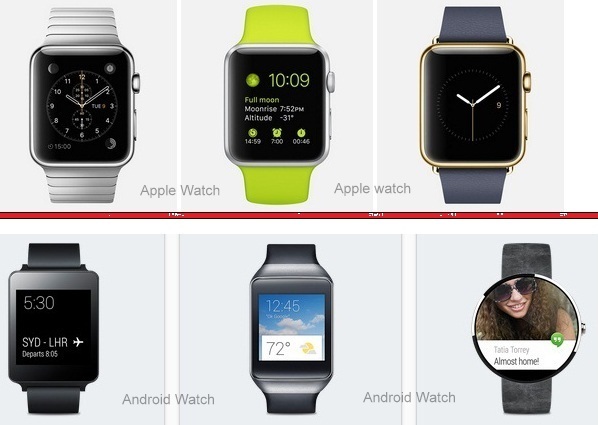 Get the real overview of the Apple watch and android watch with the help of under a given box of Apple Watch Vs. Android Wear.

What’s your expectation respect to Apple Watch? Let your replay in the comment box. Now, you can explain your speech after the reading this post on Apple Watch Vs. Android Wear comparison or difference.