This learning tutorial helps to sterilize your coding skill for new iOS 10, that shows up commendable performance when you create apps or games for iOS 10 devices. If you are an expert, although you feel to know the new things or technology behind iOS 10, then you must try iOS 10 developers course till today enrolled by hundreds of developer like you. This is startup deals from Mammoth interactive through Stack social (Largest deals creator, especially for iOS developers). Up to 98% discount you will get in basic price of this course that right now you can buy in just $29.

New remarkable and improved features in iOS 10 are Siri support in third-party iOS app; Apple pays for the web (On your Mac browser pay with your iPhone or Apple watch). 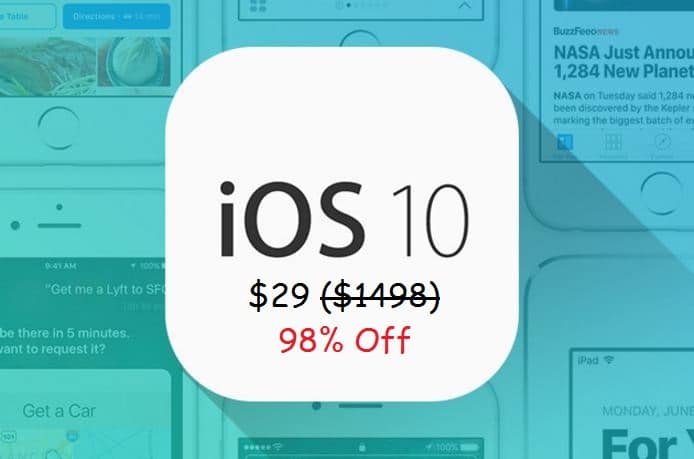 Public release of iOS 10 data is too close, That’s good news for the developer that can make something new in Existing iOS 8 or iOS 9 with supported features of iOS 10. But how they can start, Garb pre-sell iOS 10 app development courses for lifetime and always learn the new things remotely in future.

This iOS 10 Bundle pack includes the following features, set your tremendous goal before the release of iOS 10 public.

Note: Once you pre-register, you will get a notification about course when it will ready (80 Hours content). Officially iOS 10 will be available in August or September 2016.

Also in touch with us on more updates related to iOS 10 developers course, Learning tutorial and news. Via Social Profile page Google+, Twitter or Facebook.