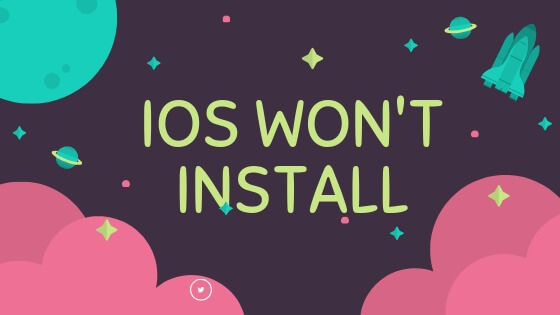 iOS 13 Won’t install? After downloaded update iOS, the next process is to be Installation. But there is a common issue for lots of iOS users, and that is unable to install update an error occurred installing iOS on iPhone. Here we have to take for just example, even though, this tutorial you can use on new update iOS of currently and for future iOS update. This my favorite article is just enough to get rid of Won’t install iOS on iPhone, iPad and iPod Touch.

So Scroll down and read my full theory carefully, I believe that you can 100% solve your iOS installation issues and what exactly happens while installing the updated iOS 12/iOS 13 software.

Yearly iOS update comes with Massive big changes in User Interface, Functionality, More Syncing Options between Apple Devices like iPhone/iPad/iPod touch and Mac. So how can we leave without the software update? Quarterly or monthly Small software update will help to fix the software issues and bugs.

There are three major reasons on iOS 13 won’t install

Now we start, So when you go into the Settings App looks like a Gear icon, then into the General and Software Update section. You Software update downloaded but when you click on Install Now button, then you get the screen Verifying Update at the moment. But after that, an issue occurred, and you can see popup Unable to install An error occurred installing iOS 13. Along with you also see tow option Retry and Remind me Later. This because of the times out or fails to verify and so that won’t download or won’t reboot. Ultimately, you need to fix.

→ Check First & Should you Update: iOS 13 Compatible Devices list, You iPhone/iPad not in the list then you won’t get update notifications on settings.

→ So now, what you should do next that I’m going to show you. First of all, go back to Settings App and then Open iPhone Storage or iPad Storage If you have an iPad. If not enough space, your iPhone will see Optimize Storage button on the Update screen.

On your iPhone – Go to Settings – General– Find iPhone Storage. Now on the screen, you can see Apps and Storage management. In the recommendation section, you can see tips on how to save space on your device like Offload App & Delete Apps. To remove unwanted data to get space on the device.

Follow the same way that I have mentioned above to free up space.

Solution 2: Mobile Data is On, WiFi Not Working or Turned Off

To complete the installation on any smart device Wifi must be enabled and working on the iPhone. First, go to the Settings app > WiFi > Turn on & Join WiFi if it’s not. After that test and make sure wifi is working or not. Use Online app like YouTube, Search & play something to check the Internet is working or not on your iOS device. if you find something wired, You should reset network settings first and Connect your WiFi again.

→ You Can’t download and install iOS 13/iOS 12 updates over Cellular or mobile data. This is the safety feature for us that prevent from using Data and bill. Tricks to Download Update Over Mobile Data without WiFi.

Sometimes your Wi-Fi to be connected but the internet won’t work so that you should Reset Network Settings. And join the network again, Alternative you should try other Wi-Fi networks. 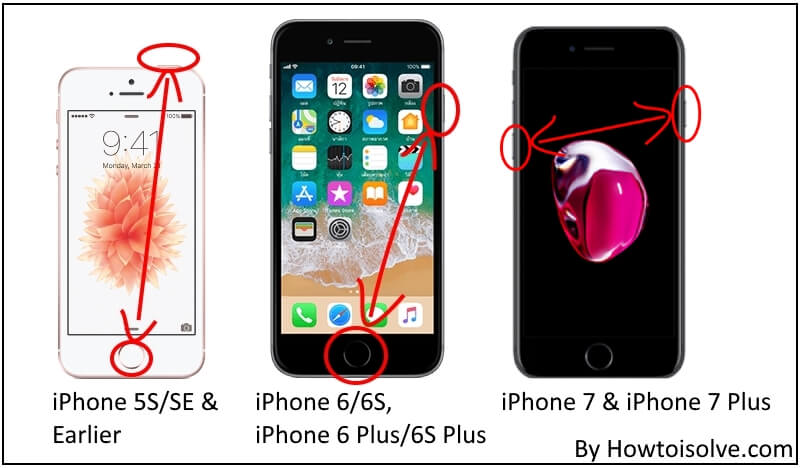 Problem is not on iPhone hardware so we can install Supported iOS easily anyways. Above error comes while people are typing to update iOS over the air [WiFi]. Next, use your PC or Mac to update iOS on iPhone that installed the latest version of iTunes and Finder on Mac. Because macOS Catalina or later macOS has no iTunes, so we can update & restore the iOS device using the Finder. Follow the steps below to install Software Update Using iTunes/Finder on PC/Mac.

I hope that you would like this tutorial to fix iOS 13 Won’t install on iPhone or iPad. If any issue relates software update or other, then feel free and comment us in the bottom box.

We are happy to help you! Follow the next Step if Your Solution is not in this article, Submit this form without Sign Up, We will revert back to you via Personal Mail. In Form, Please Use the Description field to Mention our reference Webpage URL which you visited and Describe your problem in detail if possible. We covered your iPhone 11 Pro, iPhone 11 Pro Max, iPhone 11, iPhone 8(Plus), iPhone 7(Plus), iPhone 6S(Plus), iPhone 6(Plus), iPhone SE, iPhone 5S, iPhone 5, iPad All Generation, iPad Pro All Models, MacOS Catalina or Earlier MacOS for iMac, Mac Mini, MacBook Pro, WatchOS 6 & Earlier on Apple Watch 5/4/3/2/1, Apple TV. You can also mention iOS/iPadOS/MacOS. To be Continued...