You can’t find installed the app on your iPhone, iPad’s home screen. Unfortunately, you didn’t find the app that you want from iDevice’s home screen. Spotlight search in iOS is a great and powerful search option for find apps by name. Means recently hide iOS app from home screen But wants to launch in iDevice. In other cases, might be some internal error creates a problem like an app icon doesn’t appear on home screen, After update iOS, Apps might be unresponsive or not supporting to new iOS version. Those case what you want? And How to overcome the problem on getting back missing app from iPhone, iPad running on iOS 7, iOS 8 or iOS 9, iOS 10, iOS 11 or later.

Possible fix on how to get back missing app from iPhone, iPad: iOS device

Your iPhone, iPad’s home screen hanged up or freeze over time due to less space or iOS not supporting to your device, Your device jailbroken, Older iOS version. Multiple apps are currently active on iDevice. 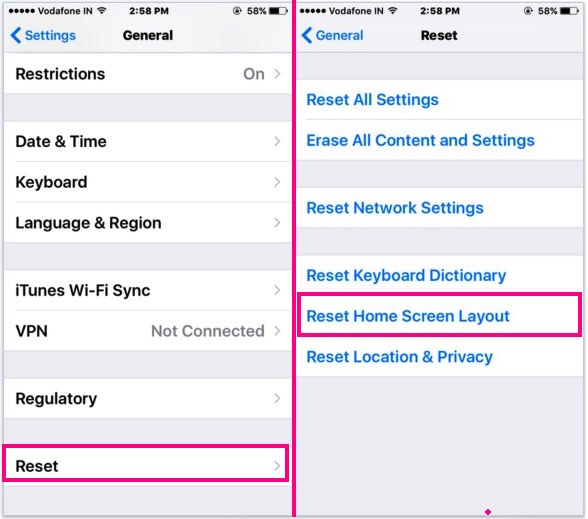 Verify: App installed On This device 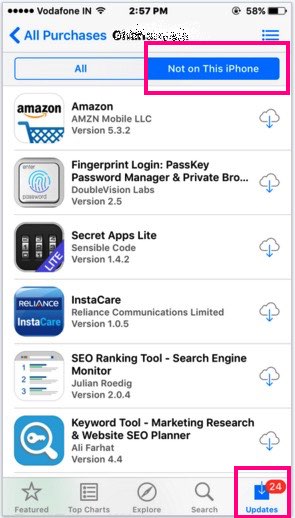 Unfortunately, App removed/ Deleted from the device. Then you can check app installed on this device or not through App store. Open App Store on iPhone.

From Bottom Tab, Tap on Update

Go with Purchased from top > My Purchases

All: See all installed app or downloaded through this apple ID

Not on This iPhone: Downloaded or installed before but right now not installed on this iDevice.

Go through and reinstalled if not available on this device.