How to Change Siri’s Voice Accent and language on iPhone, iPad

Are you looking for a trick to Change Siri Voice Accent and language on your iPhone or iPad? Nice, you can get here little about Siri. The Siri understands your natural Speech and it allows you to send a message, Schedule meetings, phone calls. Besides, with iOS 11 or later, Siri works with notes app to create to-do lists, supports banking apps for account transfer and balances, allows the third-party app to send money and send a text, and smoothly works with apps that display QR codes.

You can change Siri’s voice (Accent, and Siri gender) to get the reply in a great sound. Inside Siri voice setting – You can see two different options Accent, and Gender (male and female). You can set Siri Voice type which you would like. Get enough idea about Change Siri’s Voice and language on iPhone and iPad running latest iOS.

How to Change Siri voice Accent on iPhone, iPad 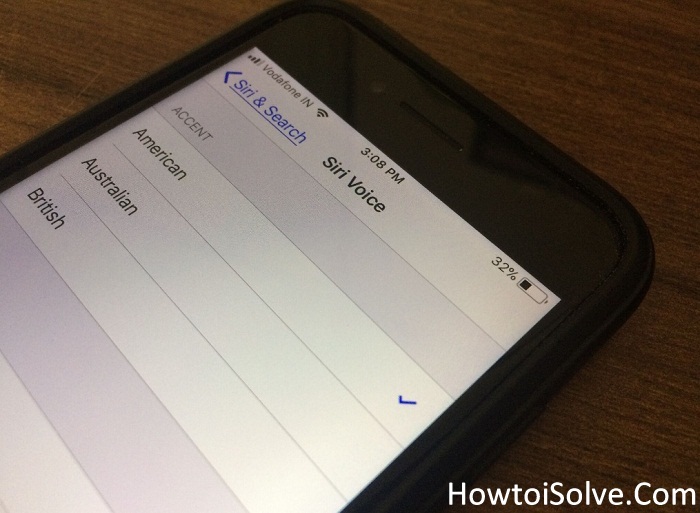 Step #1. Open the Settings looks like a gear icon on your iDevice Home screen.

For iOS 11 and later tap on Siri Voice.

Now Select one out of total options Male or Female.

While you trying to change Siri’s Voice accent, for example from American to Australian or Australian to British then instantly it will take time to download. After downloaded Siri voice will take effect. 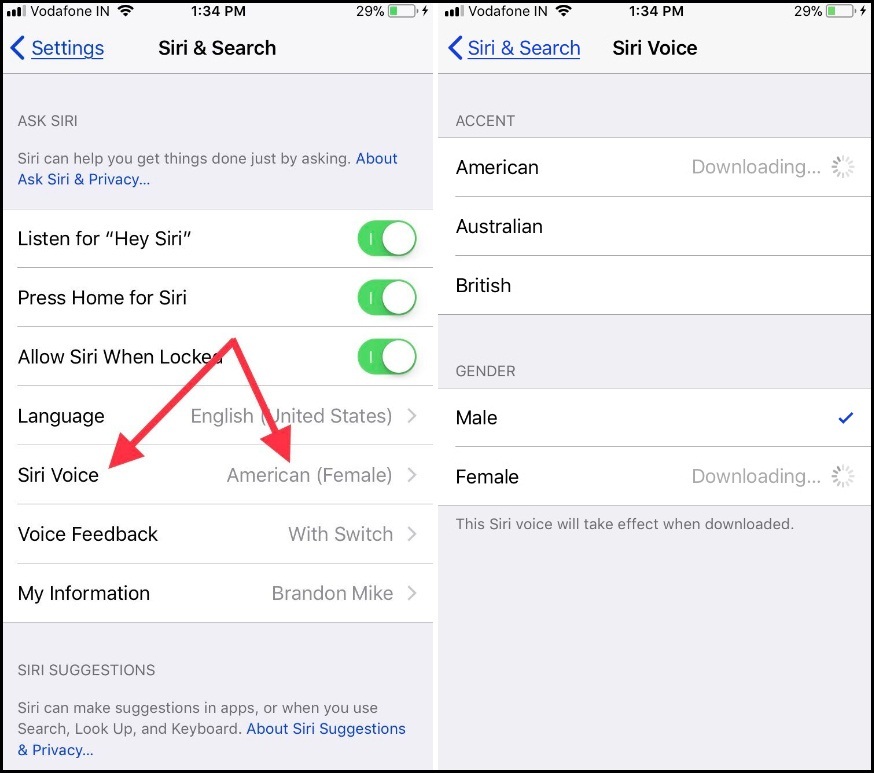 Step #1. Open up Settings app on your iPhone or iPad.

Now on the iPhone screen, you can see language list choose one desired language. 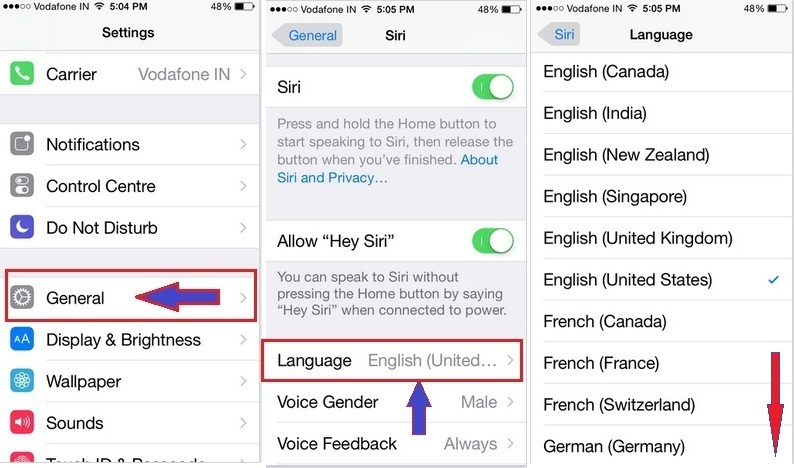 Note – if you change Siri language on your iPhone and you have hey Siri enabled, in a result, your Hey Siri setup will remove.

Don’t miss to leave your feedback in the comments related to this article.