Apple’s Siri has lots of beautiful new features like a queen of Apple’s chat app iMessage, revamped Photos app as well as improvements compared to earlier iOS. Handy characteristic Talk to Siri also accessible on Mac, all-time familiar Siri Settings has changed. So we come here with how to set up Siri to use iOS and iPadOS. For that, we will guide you Disable/ Enable Siri in iOS on iPhone and iPad.

Apple made a colorful Siri icon in iOS than ever before that you can see under the Settings app. besides, Siri is open with third-party API for iOS developers. So from now, Siri will work with third-party apps like messaging (Whatsapp, Slack for team communication, WeChat, etc.), now ride-booking also easy, Start workout apps using Siri, Payments to send money to friends, VoIP Calling, etc. All Fresh time features of Siri in iOS.

Are you looking for Activate Siri for third-party Apps in iOS – iPhone, iPad? 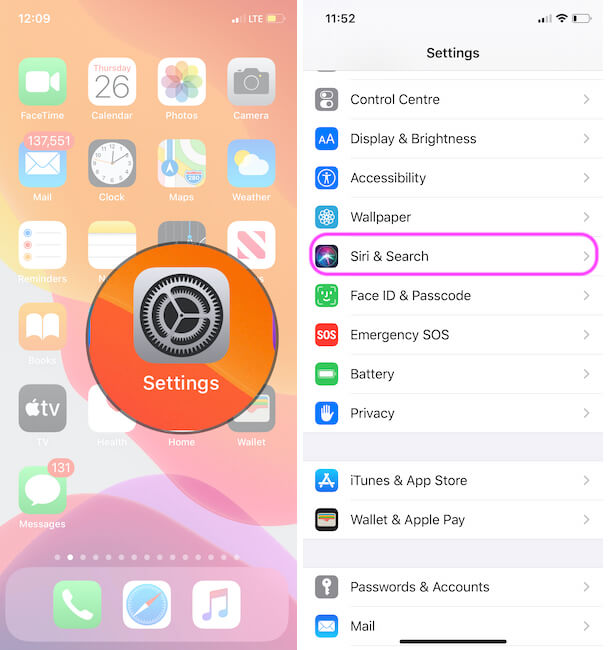 For iOS 11 and later users, tap on Siri & Search 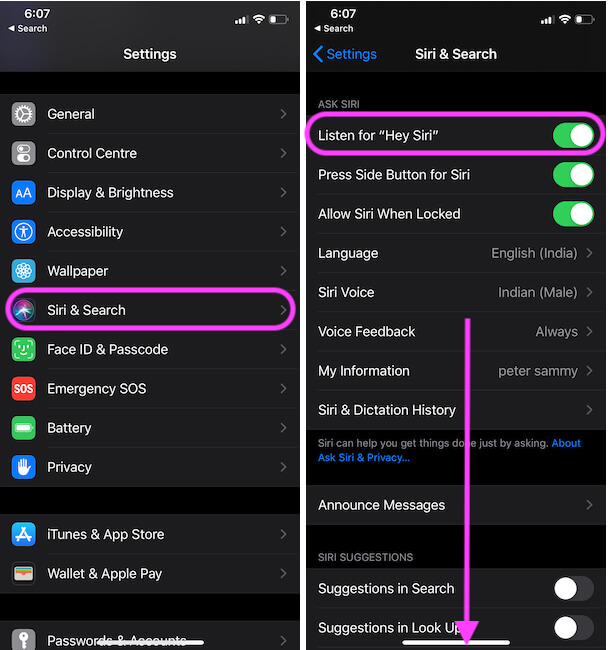 in iOS 14 or later iOS users can use “Show Apps Behind Siri” or “Enable Full-Screen Siri“. from the Settings on your iPhone, iPad

from now, To invoke Siri by Hey Siri command, there is a spate toggle to turn on or turn off Listen for ‘’Hey Siri‘’.

Press Home For Siri – user, being able to activate or deactivate the Press home button to ask Siri.

Allow Siri When Locked – User doesn’t like to fire up Siri on the lock screen, then a separate toggle in Siri settings to shutting down Siri on locked screen iPhone.

So above was the iterations only for turn on Siri in iOS, now even you need to know the trick to disable Siri in iOS native then go with the following guide.

Way to Disable Siri in iOS – Quite Easy Path

Having you any issue to turn off/ turn on Siri in iOS or Siri not working after iOS update? Please share your feedback in the comments.

How to Type Upside-Down Exclamation Point on Mac and iPhone, iPad ¡ 

How to Stop discord opening at startup on Mac Monterey