How to Use Siri Translate on iPhone: Eng to Spanish, German, French,…

Guide to Use Siri Translate on iPhone, Apple gives the commitment in New Siri About, Siri is more natural and Useful, New Voices are more natural and Expressive. Apple planned a new way to interact with Siri using Type to Siri, That helps to find your question if you are poor in the English language. To use Siri Translate you must deactivate or Disable Type to Siri on the iPhone, iPad, and iPod. 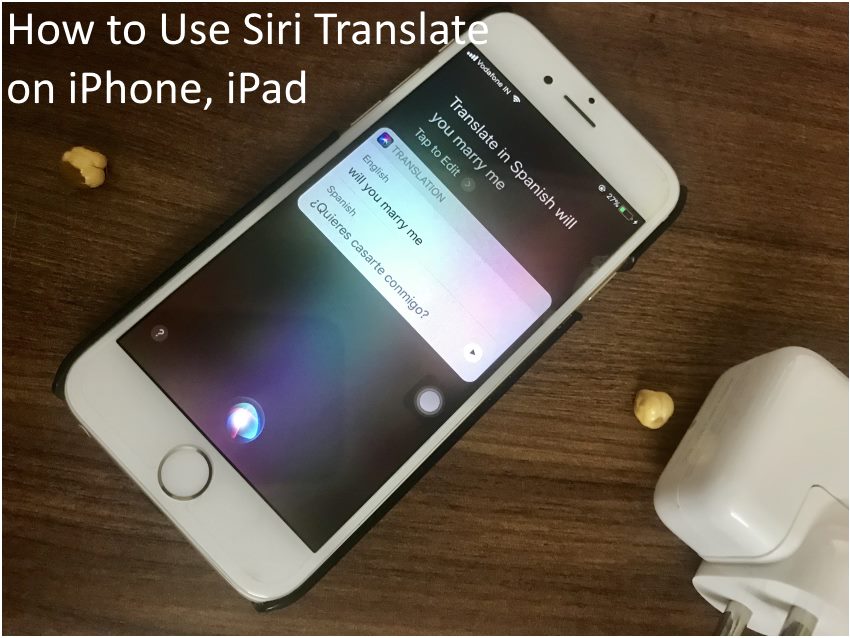 Steps for How to use Siri Translate on iPhone, iPad

Using Hey Siri Command: Enable Hey Siri on iPhone (Go to the Settings > Siri and Search > Enable Listen for hey Siri toggle) and Say “Hey Siri” remotely, without unlock or touch iPhone we can use Siri.

For iPhone 8, 8 Plus and Earlier: Press and Hold Home button to activate Siri on Lock screen or Home screen,

Once Siri activated, Say translate: Siri Will give options on screen in Sequence (French, German, Italian, Mandarin and Spanish).

Say Translate, Select Language for next questions convert into that language, 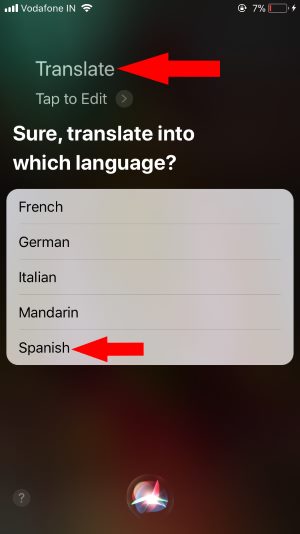 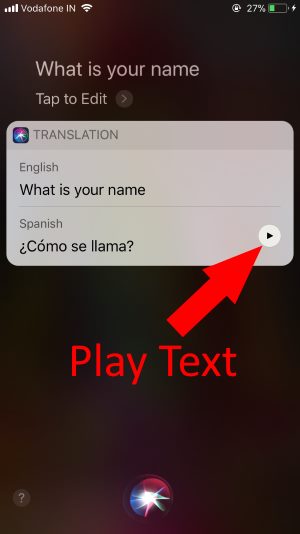 Siri is now more enjoyable and smart that gives the correct suggestion that Perfect with Human Sound, Natural by delivering batter inflection and pronouncing. 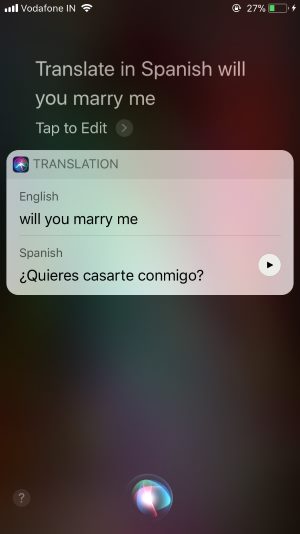 Till this time, Apple gives selected languages in the world; more will be added in future.

Siri Enhanced for Music app over 50 Million song search using Siri, and Get exact Search from your past habits.

Try these Siri commands to translate on Siri

Now freely use Siri Translate, don’t miss to Share and Know to your friends via social button given at here.