Messaging is the awesome way to communicating with friends, family member and many more. Along with the message the emojis are in the craze and most effective way to expressive with your chatters, viewers and audience. Do you wish more emoji on your iPhone keyboard? let’s today here I will show you the Olympic gold medalist USA’s Swimmer Michael Phelps emoji app for iPhone, iPad. Make your next text message much funny than ever before. To getting Michael faces emoji on your iPhone, you should have PhelpsMoji keyboard on your iPhone. To install PhelpsMoji keyboard on iPhone, here we offer step by steps guide though go next and follow it. Enjoy app in Whatsapp, FaceBook, Instagram, Snapchat, iMessage etc.

If You’re a swimmer fan though you may familiar Michael is also famous by his nickname like Flying Fish, The Baltimore bullet and Gomer. So let’s download and install his emoji keyboard app then choose from over 100 Phelps emojis personally designed by the most decorated swimmer for all time. 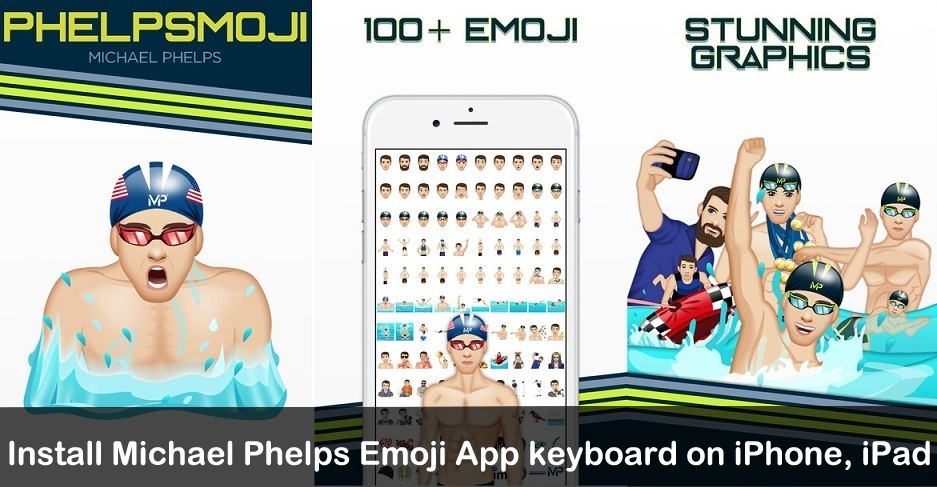 Step 2. Go to Settings app, then Tap on General.

Step 5. Select PhelpsMoji from under the third-party keyboard App.

You Should tap on Allow if you’ll be prompted or enable Allow Full Access to use PhelpsMoji Keyboard app on your iPhone, iPad. Allow full access is nothing but it’s Apple’s simple requirement for third-party keyboard.

In addition, Emojis app supports across all devices so the your receiver doesn’t need to have the installed app to see them.

How to Connect External Monitor to Mac, MacBook (Ventura)