Apple’s upcoming iOS 10’s beta version has been rolling out. So far, there are total numbers of three beta version has been launched to the developers as well for public users. As usual, there are massive features and new App was appeared in the iOS 10 beta edition. After that released 10 beta 2 and 10 beta 3 respectively with bug fixed and little improvement plus admirable features seen in iOS 10 third beta version. Here I will show you iOS 10.3 beta 7 features.

iOS 10.3 beta 7 update arrived this week, it’s not to be last update of iOS 10 beta, even though, in this beta there are many tiny tweaks has been involved to the Message, lock screen, Apple Music, iCloud Drive and bug fixes and stability improvements. 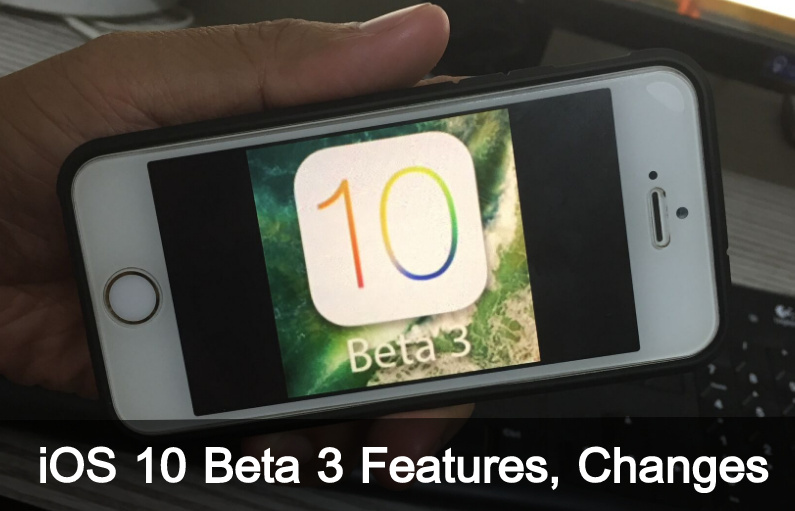 apple not confirming that iOS 10.3 beta 7 is not last update for developers

Home inside the Settings App

Home settings, it shows your all connected hubs, this settings tab allowing you to turn off from one and join another hub on the go.

Now Photos are no longer automatic cropped to a square in the image picker gallery, So it allowing you to see the full snap before selecting it.

Touch ID that you use to unlock your iPhone, its settings has been changed and located it under the Accessibility Settings.

Siri in iOS 10 beta 3, show you which third-party apps use Siri and may access your data. Apple also added a new Siri support sections in the Settings app.

iOS 10 beta 1 packed with new keyboard sound but it was removed in iOS 10 beta 2and now it appears back in iOS 10 third beta.

Did you found or will get the iOS 10 beta 3 features not mentioned above? Please share it with us.