Today Apple announced iOS 12 Developer Previews on the Stage in WWDC 2018 keynote. CEO Tim cook came with the slogan of iOS 12 More Power to you. He said iOS 12 would make users experience even faster, more responsive, and delightful. Before that Apple doesn’t share new iOS 12 design, Changes and improvements. You can install iOS 12 betas on your all supported devices (iPhone, iPad and iPod Touch). The pattern for install iOS 12 Developer beta device same like iOS 11 beta. 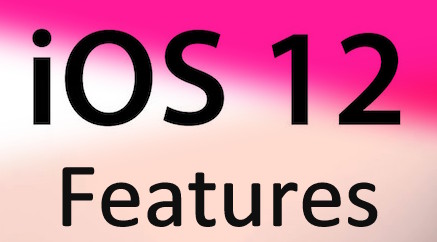 Here we put a list of the iOS 12 features list that we have seen on the stage in Jose!

Group FaceTime Call with up to 32 people at once

Screen Time in iOS 12: Now you can set control for each App – be more aware of how you and your kids use your devices.

What are Changes in iOS 12

The best journalism all in one Place in News App

New iOS 12 Features, Release Dates That we Must Know

Multitasking screen for a close app not convenient to iOS 11 users on iPhone X Because we need to take double action to force close any running or opened apps.

According to the WWDC 2018 page on Apple Site- Developers says 3D User interface will come in iOS 12 – it means all settings and Apps buttons will be looking 3D view concept and much more.

New markets improvements boost your Augmented reality experience at the top in iOS 12.

Recent iOS is not stable in apps functionality, So we need the update or upgrade old iOS with new iOS 12.

File App: New file app has limited functionality that unable to access third-party app document and more. Apple is planning on to way to use of File app.

iOS 12 Features Leak: iOS 12 will show you that how much time you’re spending on your iPhone, The Verge said.

Screen Recording: Record your iDevice’s screen on your hand that doesn’t need to edit with third-party software after recording. That means we can add new sound, Effects, icons, and Emojis.

After iOS 12 update iPhone, the User will able to use its handset to act as hotel room door key and as Virtual transits Card. This way is already on Android, but it didn’t make it seem so that this feature will be a magical feature. Stay tuned with us to learn how to enable your iPhone to make secure Hotel Room Keys. Source: TechSpot

Guest Mode: The Guest mode is very useful because it is a way to ensure your privacy. This year in iOS 12 Guest mode expected for iOS 12 compatible devices. To use Guest mode or Using it, multiuser can log in easily without sing-out Apple ID for Apps Store and iTunes Store without accessing all your Data like it’s possible on Android Smartphone.

FaceTime Group Calls: Multiple users allow to join a single Video call and will support up to five FaceTime users.

Hope in near future iPhone users has the facility to change the existing shape of the App icons like the circle, square, etc.

New Animoji, and many more.

What user Expected in iOS 12 Features and Changes

Hepatic Feedback for the Keyboard

iOS 12 Dark mode: The Worst part is a dark theme.

Users would like more customize Swiping up Menu, so they Allow third-party apps in Control Center

Remove Volume HUD out of the way: From long-time iOS users says they don’t like Volume indicator middle on the screen – So hopefully it will be putting in the Top bar.