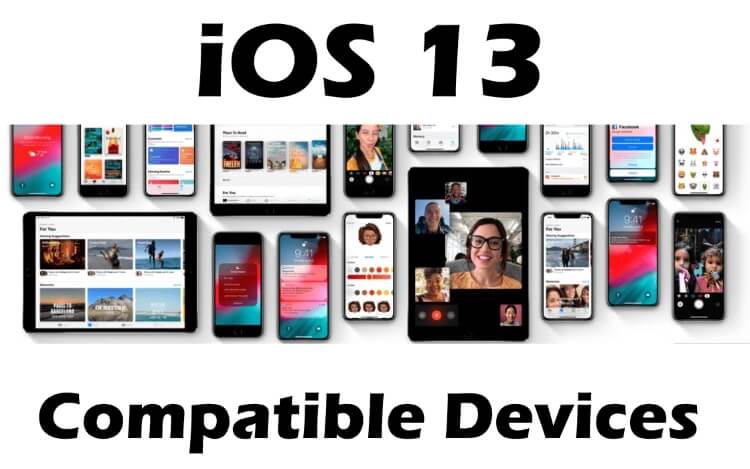 Its been almost a year since iOS 12 was announced and people are happily enjoying their Apple Devices. And now as per the tradition of Apple, the brand’s Thirteenth generation available on the 20th of September for iPhone 6S and later users free of cost. First-time new name iPadOS available free of charge on 24th September 2019. Do you want to check your handset covered in iOS 13 compatible devices? keep continue reading and get your answer from us. The Dark Mode in iOS 13 is the major feature. The new iOS 13’s beta testing was available for developers on June WWDC 2019.

Till now, we have seen that Apple’s iOS supports the devices which are five years old, but we have seen in Apple keynote that The Verifier, is saying this time iOS 13 only works with three-year-old iDevices. iOS 13 won’t support iPhone 5s, iPhone 6 and iPhone 6 Plus.

Finally, the iPad gets its own OS called “iPadOS” announced in #WWDC19. Let’s check out- Do your iPad able to run iPadOS or not? iPadOS is not just the name but it supports mouse and will work as a secondary display for compatible Macs. The new feature called Sidecar macOS Catalina.

Meanwhile, you can share your ideas on iOS 13 hidden features and what do you expect from iOS 13.

Can I Update iOS 12 to old & Not Supported iPhone, iPad?

No, there is not even a single technique that works to use or install the latest iOS version on the Unlisted device that declared by apple. Also, Apple is shutting down the support and can’t download an ipsw file from the apple server.

So people are using jailbreak techniques that modified the iOS system and Gave parallel experience like new iOS 13.