After the grand success of the iPhone 5S, once again the Apple will roll out its 4-inch display iPhone model in the market on March 2016. According to the latest news from Apple’s ”loop you in” its new iPhone SE on 31st March 2016 with Advanced features, latest iOS 9.3 and it will be a blend of the iPhone 5S and the iPhone 6S. So inherently, before buying a new smartphone you may always try to know about its specification, details about hardware, software. Since here, we are happy to serve you iPhone SE Specifications as a tech eyes.

As you are familiar about iPhone 5S, therefore, we are not talking about much on iPhone 5s. But, hope you would be getting here wonder comparison between iPhone 5S and iPhone SE. let’s look iPhone SE specifications, new in iPhone SE and Available date in the America and the Britain. 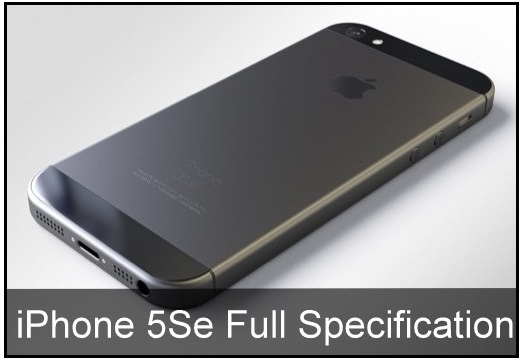 iPhone SE will be available next Week date- March 31st.

The iPhone SE announced in four different colors which are listed below.

A9 Chip with 64-bit architecture.

CPU Performance of iPhone SE same as like iPhone 6S and 2 times faster than iPhone 5S.

GPU Performance of iPhone SE is almost double the speed of the iPhone 5S. so it will give you incredible graphics experience. 3X times good than iPhone 5S.

Panorama up to 63MP

NFC radio and a secure element inside of the iPhone SE.

Above listed is final iPhone SE Specifications that I watched in Apple event. So stay keep in touch to get iPhone SE tips tricks and Accessories.