Apple Pay Participating Banks US: The Retailers and Credit Unions in List

Apple changed the way of online payment system for iOS users, and most popular among top banks, Stores, Restaurants, Hotels and Credit Unions in the USA, UK, Canada, and China, Still growing in the worlds and Business Areas. Check back soon for more update and newly participated in Existing apple pay supported banks, Payment systems, Business unions, and Public or Private Sectors. If we are new or former apple pay users, In case Apple Pay not working, then you must follow Apply pay supported Banks cards setup in your iPhone Wallet app (Apple Pay).

Here I tried to update myself and deliver to you the latest news on Apple pay supported payment system through the below-known list or official Apple source.

Also note that if you are the customer of the apple pay supported bank, which means not to confirm your credit card support to apple pay. So request to your bank for Apple Pay supported card or activate your card for use apple pay. 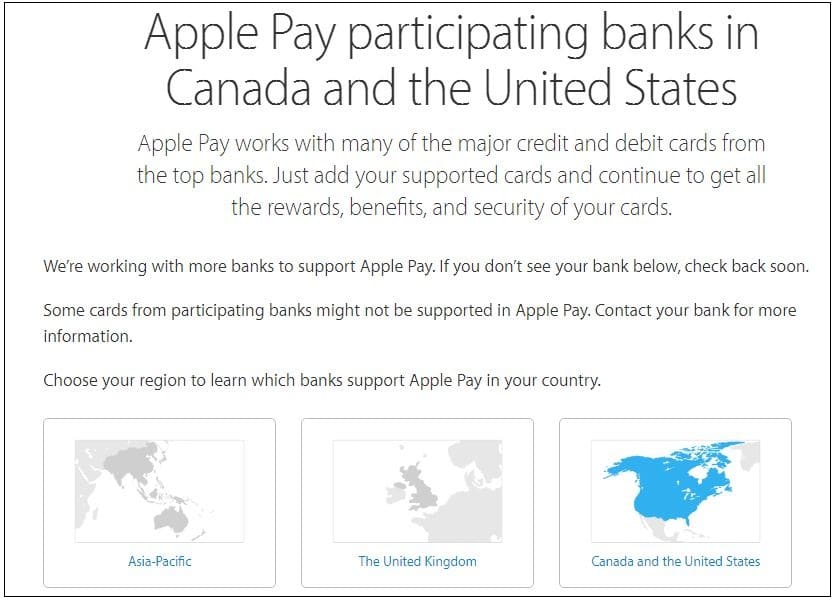 Apple Pay Demand in the USA and top position in the payment system, People love secure/ Easy and Personal payment system in all sectors, And expecting at more places. 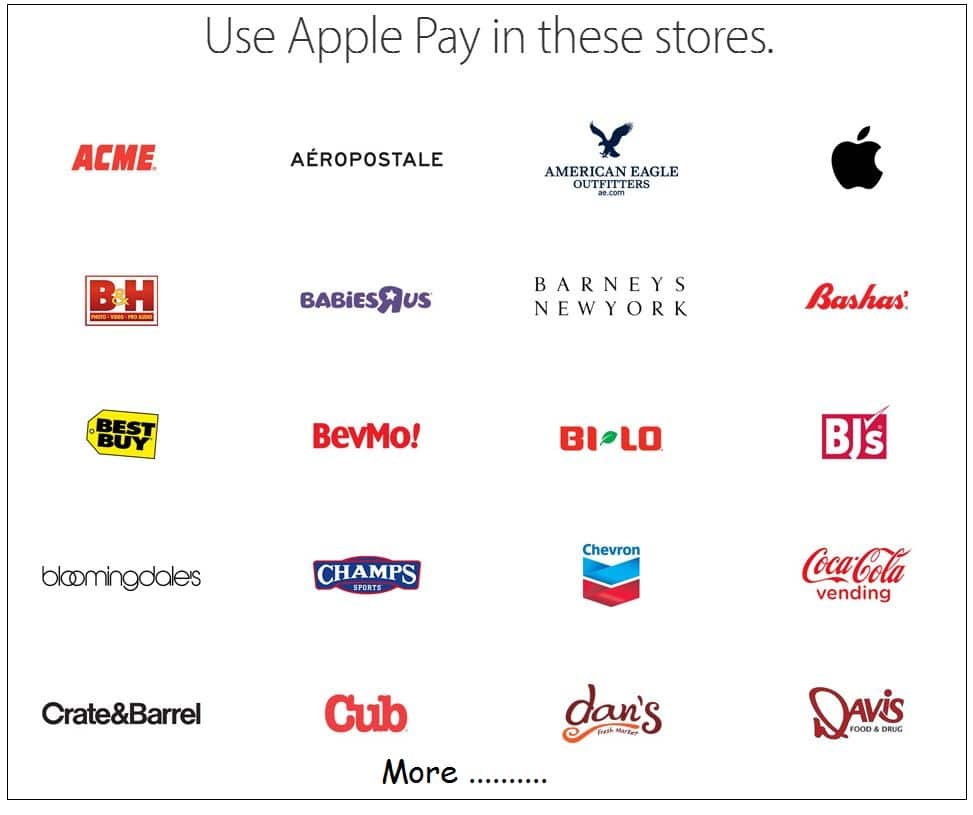 Apple Pay For Web: A more natural way to pay on Web option soon option in this fall. With Release of iOS 10 and macOS Sierra, Apple fans can make payment on web store through iPhone or Apple Watch.

Above all sources will revive in the future from Apple, Stay connecting with us (Facebook, Twitter or Google+) for the more new suggestion and update on Apple pay supported banks, Stores, and Brands.