Are you want to make your mac better than ever? Then let’s look here given features of macOS Sierra and it’s supported devices list. You should have at least knowledge about your desktop or laptop hardware configuration because all software can’t support the latest available operating system.

After the millions of iOS users positive feedback, Apple provides Siri supports for all Macs. it comes embedded in the macOS Sierra pack. so at all, now Apple Mac users will get a delicious test in the form of Personal assistance Siri on Mac. Yes, Siri will make your Mac machine even smarter than ever before.

Apple’s secure mobile payment Apple Pay is now available for more devices such as all Macs supports with OS X 10.12. The Web. Now accepting the easiest and safest way to pay.

You have an Apple Watch then you can also log in your Mac before you even sit down.

When you need more space, let you Mac find it for you.

Your Desktop and Documents folder. Accessible on all your devices.

Copy on one device. Paste on another.

Therefore, if you’re a Mac owner and want to use macOS Sierra features then you need to upgrade your Mac OS. Even before getting any error or disappointment during download and installation, please make confirm your Apple laptop or desktop is compatible with the latest OS X Edition. The list of OS X 10.12 supported devices is announced by Apple. 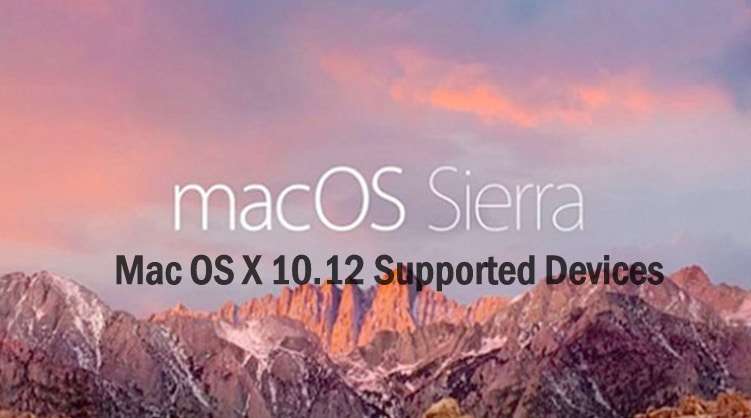 So above all are the Mac OS X 10.12 Supported Devices. if your Mac model name doesn’t appear in the list, however, you want to work with the latest, trusted, and secure software technology of the world. You should buy a new Mac for it. Source: Apple