iOS 16.1.2: How to Reset or Customize Assistive Touch on iPad, iPhone

Know all about the new Assistive Touch on iPad and customize default view and add/Re-arrange other Shortcut from settings. The latest iOS has an important feature called dock on the home or App screen. So users can use Spit View, Screenshot, Home, Control Centre, Siri, Volume, Restart, Multitasking screen. Especially I learn on my new iPad with the latest iOS, For the iPhone users steps and settings are the same.

Reset Assistive Touch on iOS 13 in iPhone or iPad,

This is it! Once you tap Reset, all the customizations of Assistive Touch will get reset and you will see the default functions such as Notifications, Custom, Device, Siri, Home, and Control Center.

Sometimes iPad Dock is unable to access on iPad screen using gestures, So keep it in Assistive touch. 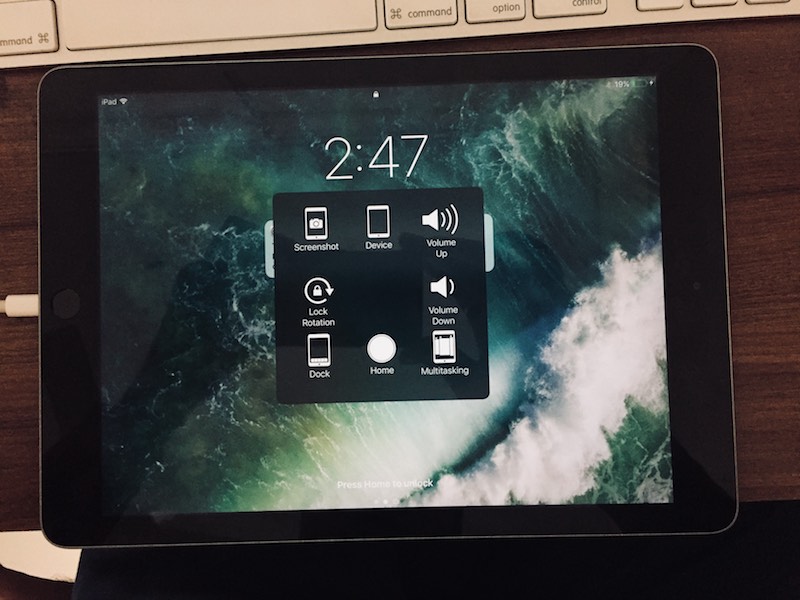 #2: Next, Tap on General and Then Accessibility 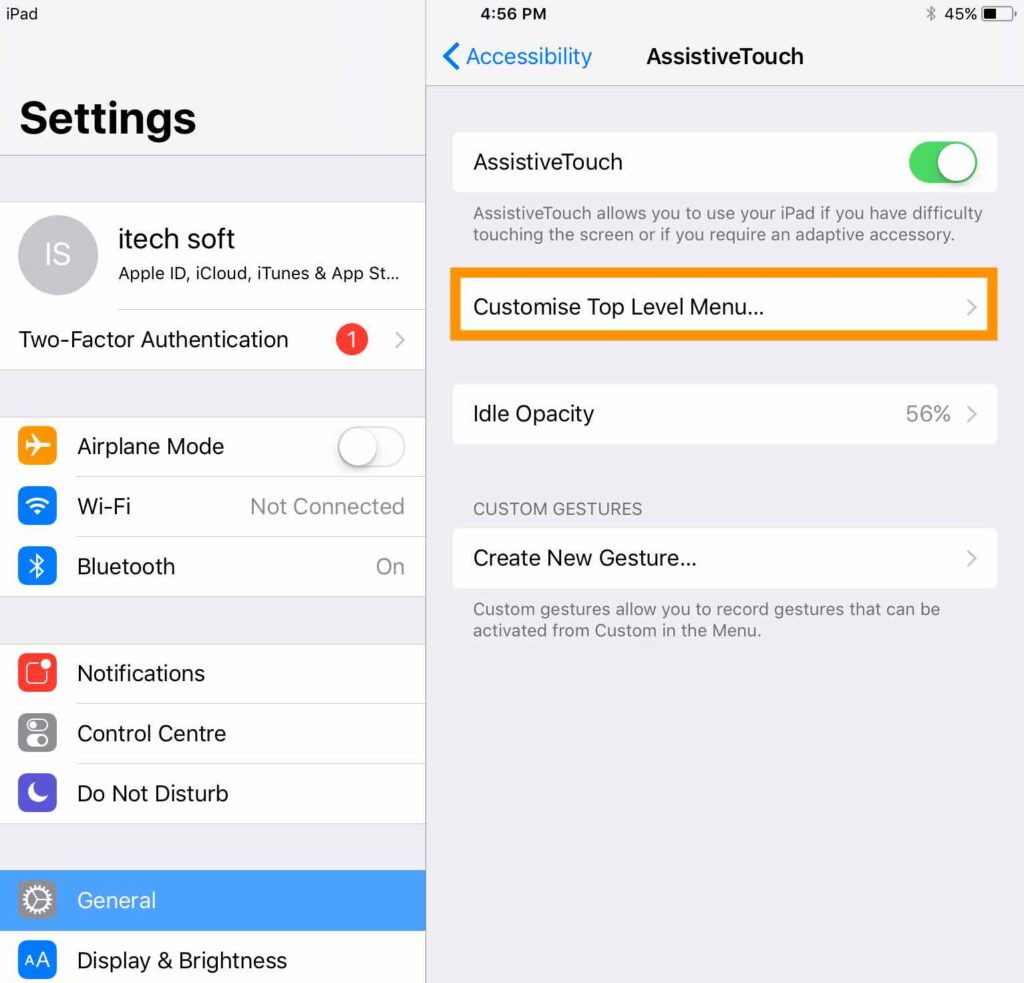 Last option reset, it will revert all changed into default mode.

Now, add a new icon by Tap on the “+” icon, Up to 8 icons we can add in the first assistive touch screen. 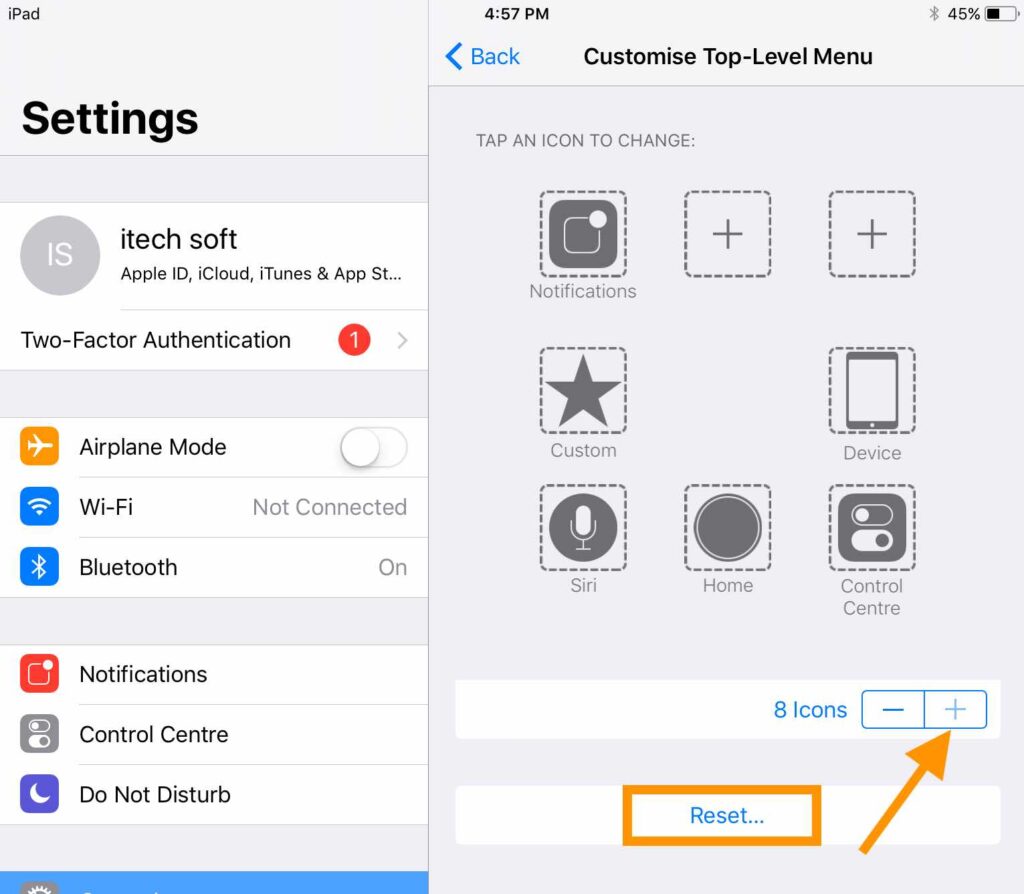 To Change or Replace with an Existing icon, Tap on the icon and Select another Option as a shortcut in the dropdown list. 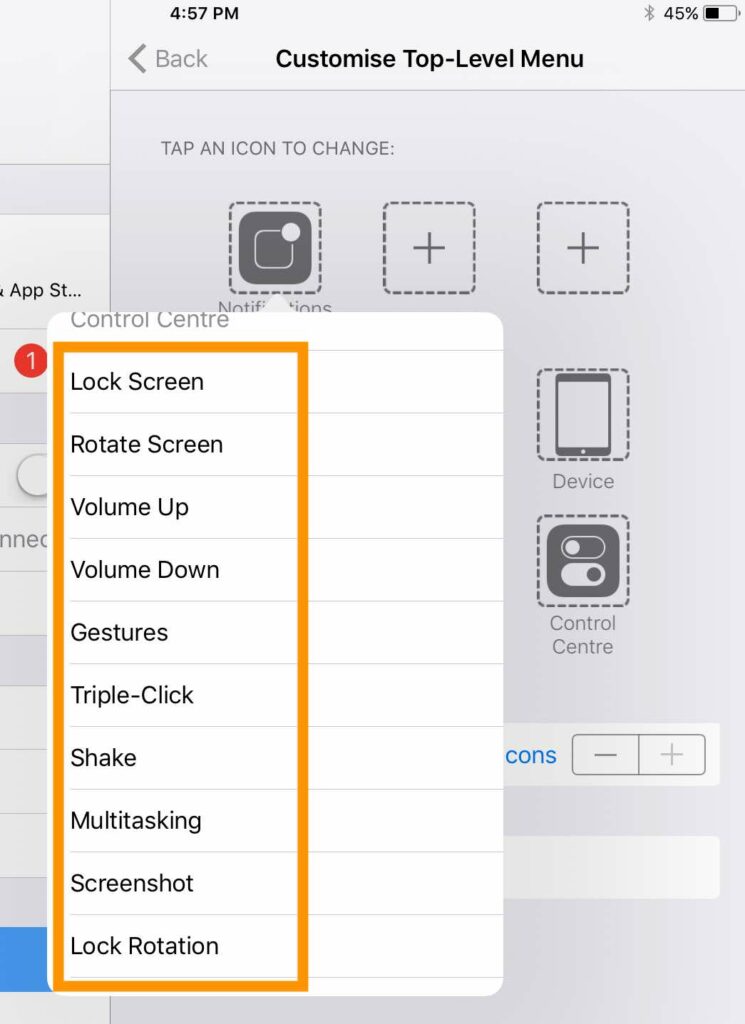 it will automatically set on targeted position,

Go to the Settings > General.

Then, Find the option at last for Reset.

New dock and Multitasking are now accessible on finger gesture that works on Home screen or App screen.

To Access iPad dock Without Assistive Touch: Flick up finger on the screen from the bottom of the iPad screen.

View Multitasking Screen: Swipe up the finger from the bottom iPad screen until you see a multitasking screen.

More options for Assistive Touch are only available for 3D iPad.

3D Touch Action: Activate it on Force Touch on Assistive Touch from home or lock screen.