Siri Suggestions not showing up on iPhone, iPad in iOS 13

Siri Suggestions under the Spotlight search screen is a flagship feature in iOS. It’s added because there isn’t such an App switcher option in older iOS, which you used in iOS 8 and you have seen that by twice tapping on the iPhone home button.

Let’s know in brief if you’ve a question. What are Siri Suggestions in iOS? Then we’re keen to explain here Siri Suggestions (is a proactive search), Siri can suggest apps, people, location and more when you go to search before you even type. In Addition, it will suggest contacts that you usually include with them.

Note: User can make Siri Suggestions enable and disable only. But they can’t do edit Siri’s suggestions.

Solved Siri Suggestions not showing up on iPhone, iPad in iOS 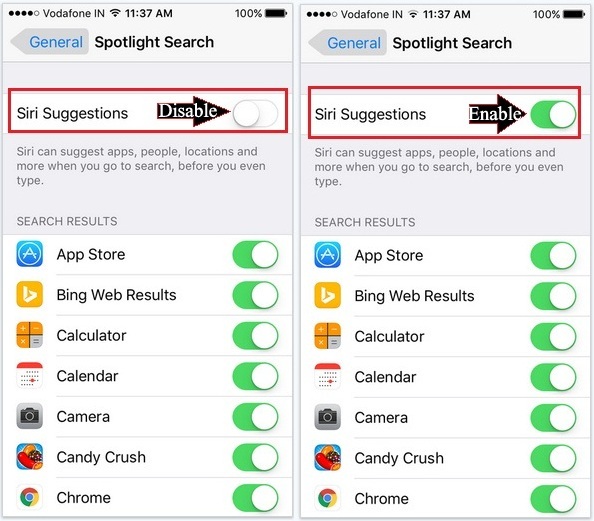 Now check out Siri Suggestions Screen, you can see that. If it doesn’t show you then do restart your iPhone or iPad.

To restart the iPhone or iPad, Press and Hold the power button + Home button at the same time until you see the Apple logo on Screen.

I hope you’ll get Siri Suggestions app back on screen. So let’s now give feedback tell us in the comment how to seem these ways to fix Siri Suggestions not showing up on iPhone, iPad in iOS. it’s a really useful Siri tip for iPhone.