Here I tried to give some basic overview on upcoming big sports events for football UEFA Euro 2016. And Folks who can’t go for enjoy live match on stadium, Keep this app or web sources for entertain and receive live updates for UEFA Euro 2016 Watch on iPhone, iPad, iPod Touch or Mac. This time 2016 will be held in France among 10 different cities (Saint-Denis, Marseille, Lyon, Lille, Bordeaux, Toulouse, Lens, Nice, Saint-Étienne, Paris). fix out your schedule for UEFA Euro 2016 and don’t miss out any of your favorite match due to lack of online source you have. So here I gave alternate option for live streaming on varied devices. 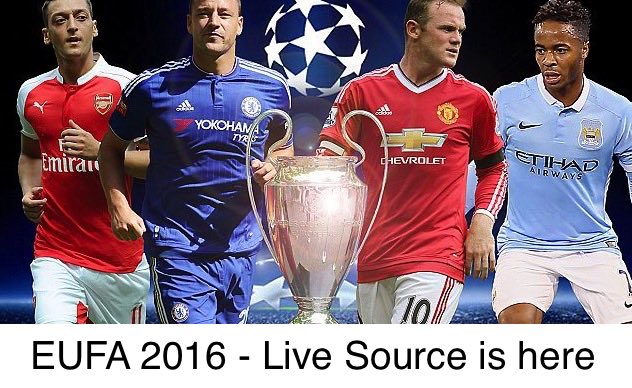 Here I gave maximum source for all users who must compatible with at list one like through Apps (For iOS device or Android), Online Websites (Viewable on Mac/ PC or Smart TV).

Great online app for all about upcoming events for 2016 football, On this beautiful app you can get information about teams, Players, Matches, Fixtures, standings and much more. Through app you can enjoy live streaming in the form of live audio or video at first from here.

For full news story on UEFA covered by this app, Upcoming plan and past results, Matches, History new get through this app. Not only match, but get the information about city, Stadium and Time zone.

Get full list of all past matches results and live match score update on your Mac’s screen. Else you can enjoy live streaming through EUFA Video. From it’s official site.

are you are big fan of UEFA 2016? have you seen best source for UEFA Euro 2016 Watch on iPhone, iPad or Other smart gadgets. Share with your friends on comment. Don’t miss. Also what you say about grand opening ceremony or closing ceremony and your favorite teams and Winner of 2016.