Let’s, know everything of upcoming Apple iOS 9 – 2015 as rumors. iOS 9, it may the next generation iOS of the Apple iDevice. Hope that, Apple will continue its Smart technology gadgets OS as an iOS 9. It’ll become later version of iOS 8. Whatever, presently iOS 8 released with bugs and after the resolved its upgrade in iOS 8.1, iOS 8.1.2. We know that, users are very keen for their iOS devices next version so hope; it’ll announce their new pinnacle of success in its next WWDC Keynote in June 2015. iOS 9 will come inbuilt with next iPhone 6S or iPhone 7 [Rumors].

What do you want in upcoming Apple iOS 9 – Update?

According to, Forbes Magazine reports, big epics has been wrote on the topic of iOS 9 leak reports, actually, they told on that by from Google analytics trends value of Upcoming Apple iOS 9.

All update rumors feature at a Glance

Still you’ve to require connect your iDevice via USB cable to your computer, but Apple may give in iOS 9 little software to connect your iOS 9 device with iTunes. It’ll work great and it may become awesome feature of Apple history. 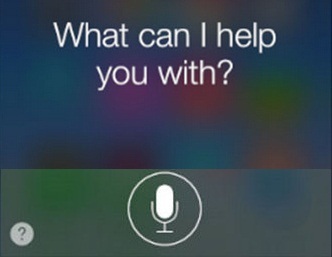 Siri feeling will become such as work with human being. It would be gorgeous if Apple let us do just that with upcoming Apple iOS 9. Say just, ‘’hello Siri’’ and go with Voice search.

These both are the App of Apple products, but have you ever appeared on your iOS 8 iPhone, iPad or iPod. Indeed, these both are Mac apps even now you’ll get that in Upcoming Apple iOS 9.

At, this time Apple will give to their users in its upcoming iOS 9, live widgets to see the live scores such as sports match and more. This feature you can see yet in the Android Smartphone and Window Phone.

What you expect more in upcoming Apple iOS 9 you can text us in the comment box. Which feature you like most? Share your speech with us.