Use Google Cardboard on iPhone to getting Virtual reality

Are you a VR fan and exploring how to use Google cardboard on iPhone to getting virtual reality? In the current era, the technology is going fast ahead and with it, the peoples are keen to experience it. Recently, Sway of virtual reality, also known as immersive multimedia. To watch virtual reality video or play VR games on Smartphone are good in demand. Generally, to getting VR effect on your Apple iPhone, you will need an accessory either the VR headset or the Google Cardboard. Both are works through its specialized app.

Steps to use Google cardboard on iPhone to getting VR view

Before get started steps, keep fold Goggle board card ready because it would be your best VR viewer. The app is compatible with iPhone 6S/6S Plus, iPhone 6/6 Plus, iPhone 5S/SE/5. 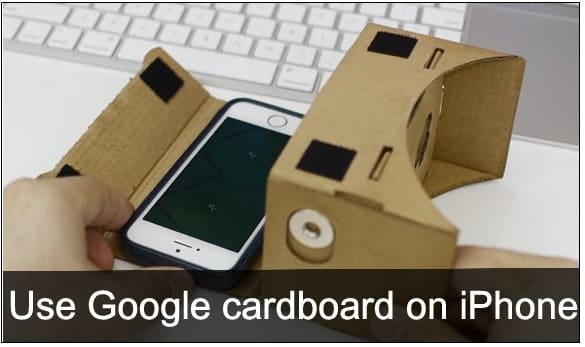 Step 3. Now tap on Get to starts download and install.

After that, launch Google cardboard app on your iPhone. 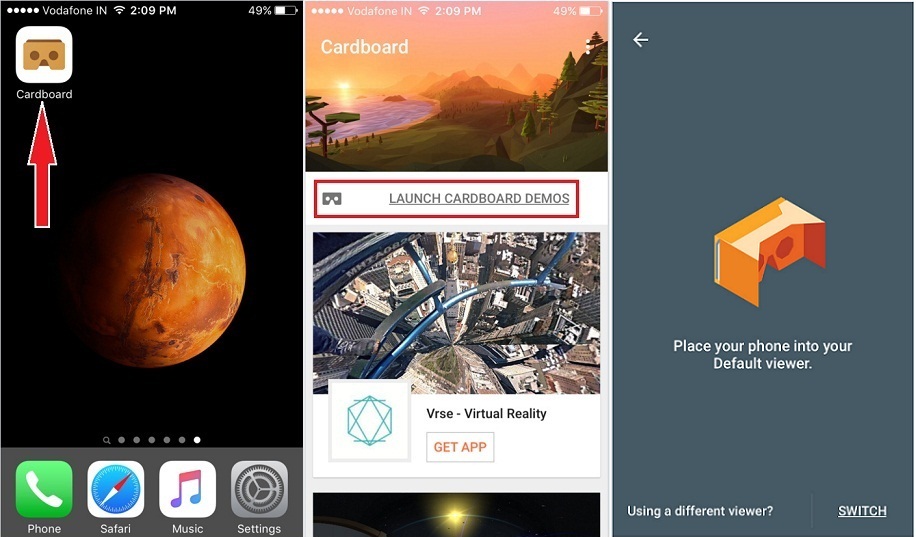 You can also use other third-party cardboard on Google Cardboard iOS app and can switch for that viewer easily. Just you need scan code to setup both VR Viewer and iPhone.