Announce Messages with Siri in iOS 14/13, is quite a new feature that will be very helpful for AirPods and iPhone users. With this, you can now even reply faster to the messages if the iPhone is connected to AirPods or Powerbeats Pro. Unfortunately, Announce Message with Siri in iOS 13, only works if you have AirPods 2 or Powerbeats Pro. The first generation of Apple AirPods is made up of using W1 chip; besides, AirPods 2nd generation contains an H1 chip. H1 chip has upgraded AirPods 2 to the next level, in few days hopefully Apple will add some terrific functions to AirPods 2.

Once you update iPhone to the latest iOS and try to pair the AirPods 2 with iPhone, the device will show pop-up asking you to enable Announce Messages with Siri. Like, it says, “When AirPods are connected, Siri will read incoming messages as they arrive. Respond to a message just by speaking to Siri”. If you have missed this pop-up then, follow the steps and enable Announce Messages with Siri on the iPhone.

Compatible Wireless AirPods and Headphones that Announce Messages with Siri

You can use Announce Messages with Siri with limited wireless headphones according to Apple, listed below: Because this feature requires H1 chip to work. 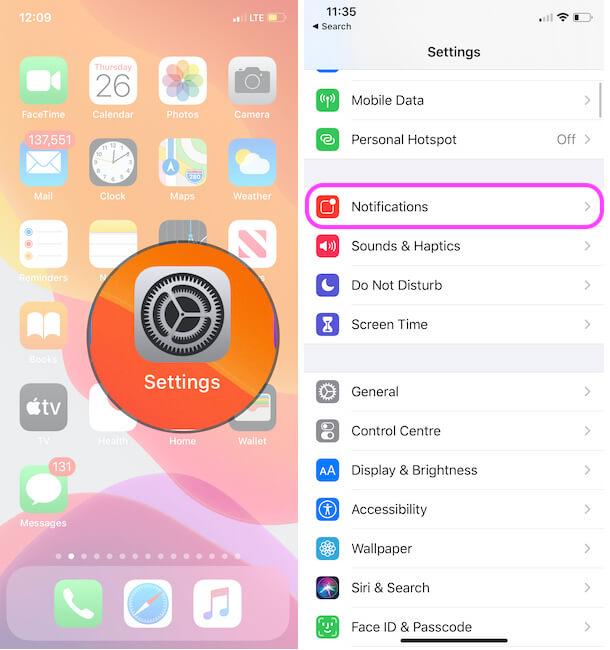 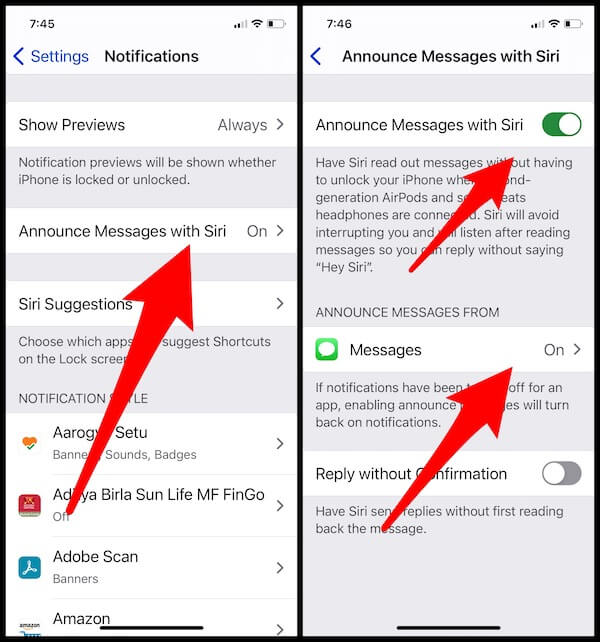 Step #5: and Tap on Messages app under Announce Messages from the section, Select Contact or Choose from people saved in Contacts only.

What are the apps that support Announce Messages with Siri?

Currently, iPhone read text messages automatically on the Messages app and other third-party applications that are designed with SiriKt Developer API. So, you have to check out the app description to know which are the applications that will work with Announce Messages with Siri.

How to customize Announce Messages with Siri on iOS 13 or later?

This is really one of the best features until someone hears your secret messages. Because when you enable anyone, then Siri will announce the message from all the contacts. However, the good news is iOS 13 or later, lets you customize Announce Messages with Siri. Siri will only announce the messages for the apps that you are allowing. It can be done from the above steps, toggle off the switch next to the app, from that you don’t want to announce messages. By default, Everyone is selected.

That’s It! Now Siri will announce text messages on iPhone from the contacts you would like to hear. Siri Announcement in iOS 13 and iOS 14 is very helpful but only when you customize it. Otherwise, you may end up in a bad situation if anyone listens to your confidential talks.

Is Clubhouse App the next big social media app? A Big Thing For Marketers

How to Run Traceroute on Mac, MacBook: 2 Methods