Will iPhone 5S Get iOS 12? Get Here Right Answer

Apple hosted WWDC 2018 in San Jose. In this worldwide developer conference 2018- it announced the next software version of its product such as iOS 12 for iPhone, iPad, iPod Touch, watchOS 5 for Apple Watch Series 3, Series 2/2, tvOS for Apple TV, macOS Mojave (10.14) for All MacBook Pro/ Air, iMac and iMac Pro.

With an iOS 12 features and release date report, we also have collected information concern iOS 12 Supported devices. The main reason behind it is that all iPhone 5S users having a question in its mind that will iPhone 5S get iOS 12 update. if an answer is yes, the next question will be, how to download iOS 12 on iPhone 5S?

Answer of Will iPhone 5S Get iOS 12 Update? 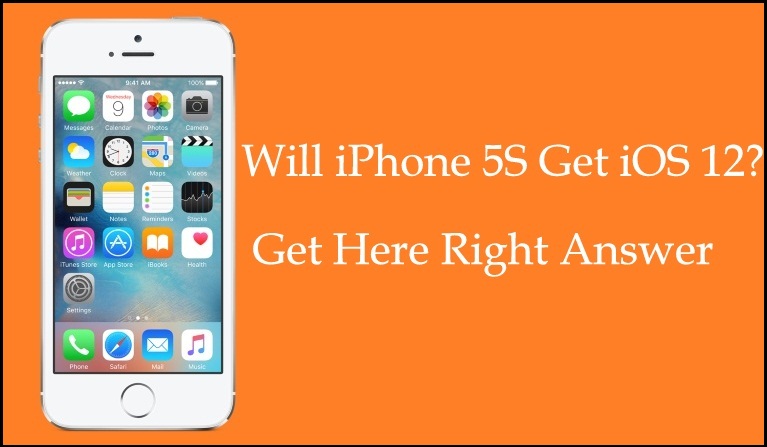 We can see all iOS firmware history and its supported devices. All graph showing same flow and its that Apple drops out one model from the pipeline.

I know that your pain hard, even though, to use iOS 12 – You will have to upgrade your iPhone 54 or iPhone 4S at nearby Apple Store and buy a new iPhone compatible iOS 12.

Do you want to buy the iOS 12-supported device? Then you must have iPhone 5S or later model. If you want 4-inch handset then go with iPhone SE.

As per my experience, Apple May exclude Apple Watch Series 1 model for next update watchOS 5.

What is your voice concern iPhone 5S will receive iOS 12 update? Please send in the comments.

12 Android features which we want in iOS 12

How to Prepare Your iPhone iPad for iOS 12 Beta