According to popular iOS developers leak that this year iOS 12 update just comes with Performance and Stability. Not much big features in iOS 12 and so what for the features – Then you will have to wait for a big software update for iPhone, iPad And iPod Touch. But for that, you must have iOS 13 Supported Devices in 2019.

So if you don’t like iOS 11 on your iPhone, iPad or iPod Touch and would like to Download iOS 12 then first you have to look on which iOS device is supported to iOS 12? And here I’ll give you an exact answer. Let’s See bottom List!

The iPhone 6S Plus 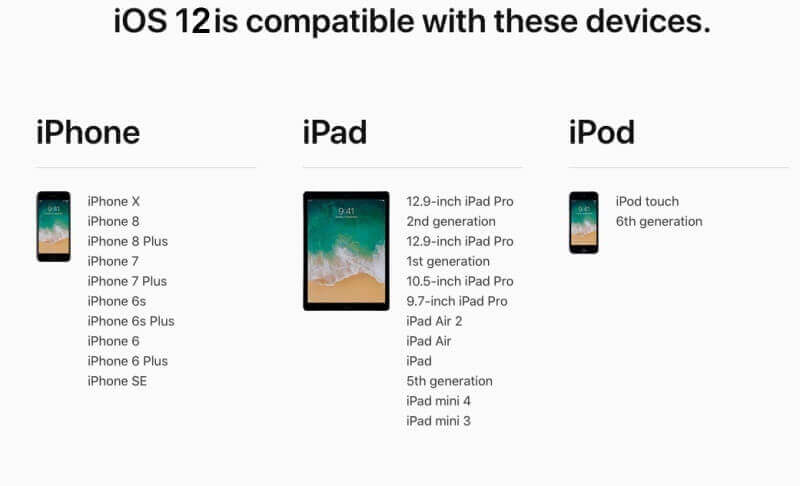 Get More Link for iOS 12 related

9 Fixes SD Card Not Showing up or Detected on Mac: Big Sur Updated