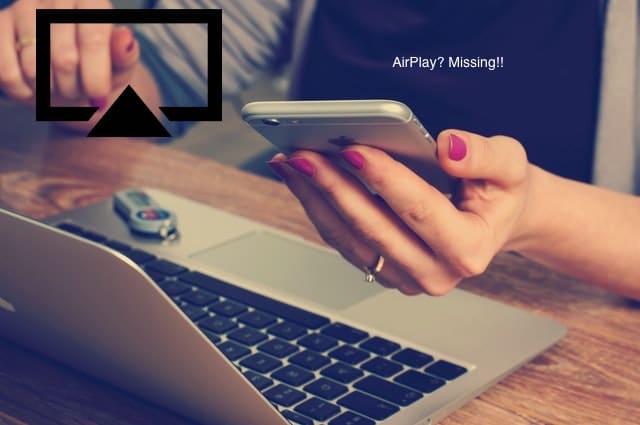 Airplay icon can’t show or appear in iPhone, or iPad control center is running on iOS 12 or Later and iOS 11, iOS 10. and on Mac menu. Here is the solution on how to manage this and enable/ turn on Airplay icon accessible under the control center or Mac Instant top menu. There are many possibilities to solve Airplay not working on your iOS device or Apple TV. Let’s check all the problem and troubleshooting solution on how we can manage it without any technical knowledge. Airplay icon missing cause many problems including the distance between your Mac or iOS device and Apple TV, network connection problem, Airplay hardware not working, manual settings and more.

Airplay Mirroring icon was shown but Won’t Start with Apple TV/ Monitor or SmartTV & Airplay not working on Mac, iPhone or Apple Watch.

Swipe Down your Finger at the top right corner of the screen on iPhone home screen or lock screen to access control center.

Now Touch and Hold on Music card until you see on full-screen mode, Now Tap on Airplay icon to get switching option between output speaker or iPhone speaker quickly.

If you are failed and Unable to Switch or use Airplay on your iOS device, Follow the below solutions.

That’s it music mirroring done through these ways.

But AirPlay, Called Screen Mirroring Formally in iOS 10 or earlier. Works for Screen Sharing between Apple devices (Mac, Apple TV, iPhone, iPad, iPod). But To Share the screen between the device, your both device must be connected with the same network.

Check your iOS device updated with the latest one.

To check Go to the Setting > General > Software Update

Double check, your Device Wi-Fi should be enabled on both device, your iOS device and Airplay enabled Apple TV.

Note: Your all the device must be connected to the same Wi-Fi network.

[Screen Mirroring] Airplay not Working on iOS 11: From Control Center

New, Gesture and Finger-sensitive control now on New iOS 11 control center. The single tap can not start AirPlay. So press and Hold on AirPlay icon until you see the expandable pop up on the screen, See the below image. 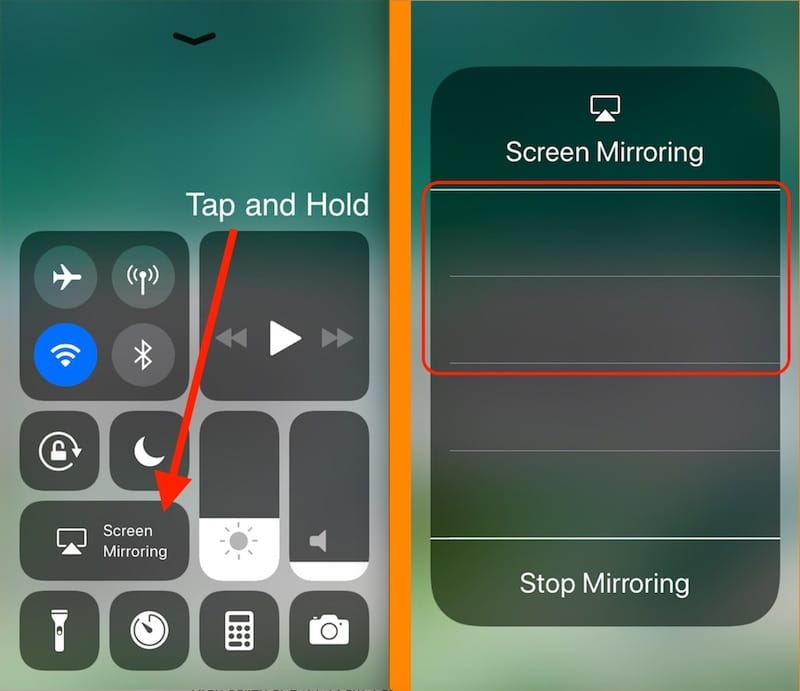 From our readers and experts suggestion: can’t use Airplay or Airplay icon missing

Unable to Connect Airplay From Mac

For Peer to peer connection, no Password required within the same network

Airplay icon missing on Mac or not connecting to Apple TV

Go to the System Preference on Mac > Display

Enable Checkbox for “Show mirroring options in the menu bar when available”. if this option is disabled then we unable See or Airplay icon not showing in Mac Menu Bar. 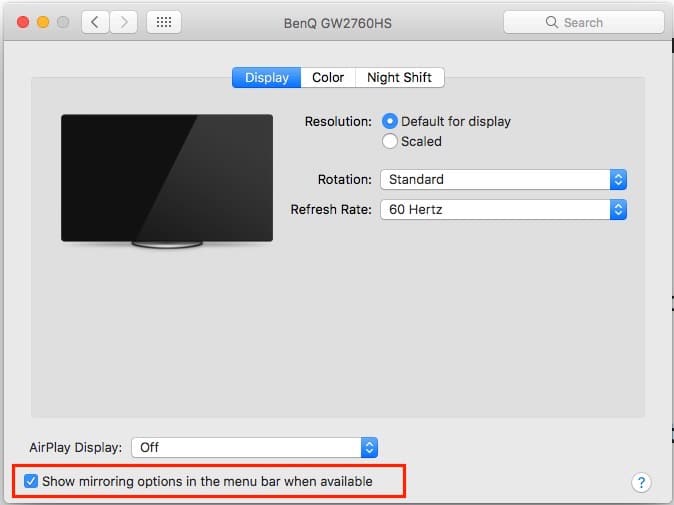 Now you can stream or Mirrors your Mac screen on Apple TV Using Airplay icon at top Mac menu bar.

Enable AirPlay in Apple TV settings and Try to connect.

Here we are up-to-date on fix your problem, Airplay icon missing or doesn’t appear Airplay icon at iPhone and iPad control center. Any suggestion on this solution and solved this own way then don’t miss to share with us on below comment box.