The iPhone SE 1st generation was launched in 2016, and it is 2020, And now Apple has announced its successor. So, the first question that pops up is, is iPhone SE worth buying in 2021? Or Should I wait for iPhone SE 2 or look for the best android alternative to iPhone SE. Likewise, in this vast smartphone market, you’ll have plenty of iPhone SE alternatives, which give tough competition to Apple. Let’s move on to the list of Android phones that could take the place of the iPhone SE.

it comes with an A13 Bionic chip and Haptic touch are major differences. The new 4.7″ iPhone SE 2020 is available in three color variants black, white, and product red. in more, 64GB, 128Gb, and 256GB storage capacity. The base model price is USD 399. So we can say that this is Apple’s official iPhone SE 1st gen alternative.

You know, guy, in April 2020, Apple has put the new iPhone SE 2020 model in its iPhone family pipeline. After the iPhone XR, the SE 2nd gen Phone is a cheaper iPhone to buy. The 4.7-inch Retina HD display iPhone SE 2020 is available to order now.
According to the Apple site, the new phone comes with the A13 Bionic chip with a third-generation Neural Engine and fast wireless charging capabilities.
Learn More from Here about iPhone SE 2

After Galaxy S10’s colossal success, Samsung has released the Samsung S10 Lite, a budget flagship phone. It features an incredible Super AMOLED FHD 6.7-inches display with a punch-hole camera in the top-middle of the screen. Concerning the processor, you will get Snapdragon 855 and 8GB RAM too for the flawless gaming experience and 128GB internal storage to store photos and download as many applications as you want.

To bring the Galaxy S10’s taste, they have also added the Bixby, a Samsung virtual assistant, which also helps organize your phone. Use the in-display fingerprint sensor to unlock the phone, no need to stare at the phone screen or set the tedious passwords to enhance security. 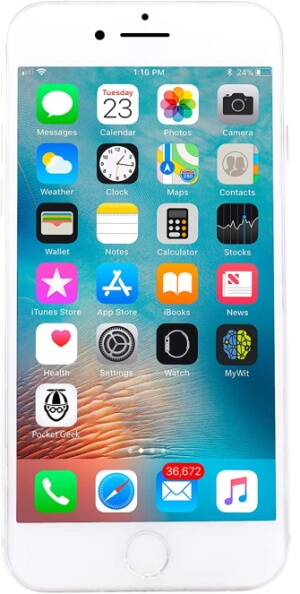 If you want to stay within Apple Ecosystem but don’t want to spend more than $400, then I think the Pre-Owned iPhone 8 would be an excellent buy for you. Reminding the iPhone 8 key features, it comes with compact 4.7-inches display the same as iPhone SE 2, iOS 11, 2GB RAM, and 12MP rear camera, with few storage variants 64GB, 128GB, and 256GB.

The iPhone 8 256GB will cost you around $370 fully unlocked means you can use any carrier without restrictions. Rather than spending $500 or more, grab the iPhone 8 Renewed backed by one-year Amazon renewed guarantee, though verify whether the device is eligible for the warranty at the time of buying.

Google Pixel was launched back in 2016, the same as iPhone SE, and both are flagship phones. Not to mention, Google Pixel 3a comes with three years of OS and security updates, but if you are not interested in using the latest Android features, then Google Pixel is recommended. In addition, the 1st Generation phone by Google supports Verizon Wireless, Sprint, and all other popular carriers. Plus, there’s one more advantage of buying the Google Pixel as Google lets you store unlimited photos in the Photos app.

Capture vivid photos with the most OK camera in any weather condition, bright light, low-light, or at night; Google Pixel has the best results for you. Google Pixel is available in traditional New Just Black, Purple-ish, and White. With a 32GB storage variant.

Check out the Google Pixel on Amazon 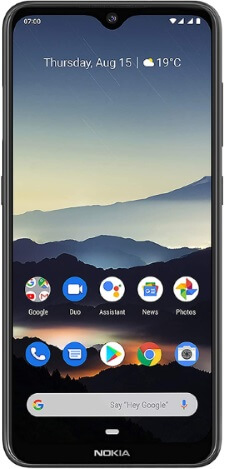 So far, we’ve seen Nokia has already lost its place in the market a few years back, but then Nokia debuted in Android with many improvements. Nokia 7.2 is a perfect example of how Nokia’s creating Android phones, and it comes with a 48MP sensor with a triple camera and ZEISS Optics for memorable photos and video shots. Besides, it also supports Live Bokeh Mode, Background Blur, Night Mode, and many advanced settings that will not be a problem if you are more concerned about the camera. In addition, the 6.3-inch more prominent display has a dynamic contrast ratio, along with wide color reproduction to enhance gaming and video experience all the way.

The Nokia 7.2 is powered by the fastest Qualcomm Snapdragon 660 processor, two-day battery life, fingerprint and face unlock for secure unlocking, and much more. Everything is available for under $300.
Check Nokia 7.2 Price on Amazon 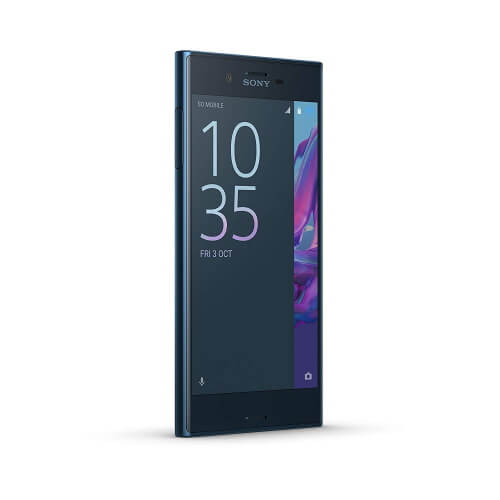 There is still hope for those who like to use the Sony Xperia lineup; once upon a time, Sony Xperia was one of the stylish Android phones available in the market; however, now we can’t give the title most stylish device to Sony phones. Instead, it has a 5.2-inch Full HD Gorilla Glass-covered with finely polished metal for a glossy and premium look.

While concerning its camera, the Xperia is jam-packed with an advanced camera capable of recording 4K videos with active noise cancellation and a dual microphone for ultimate audio and video quality. It features a 23MP camera, 32GB Internal Storage, and the support to expand memory up to 256GB with a microSD card. Popular carrier networks like AT&T, Straight Talk, T-Mobile, Cricket Wireless, and more work with Sony Xperia.

Buy Sony Xperia XZ from Amazon, and you can order iPhone SE 2020 in 4.7″ screen size model from here 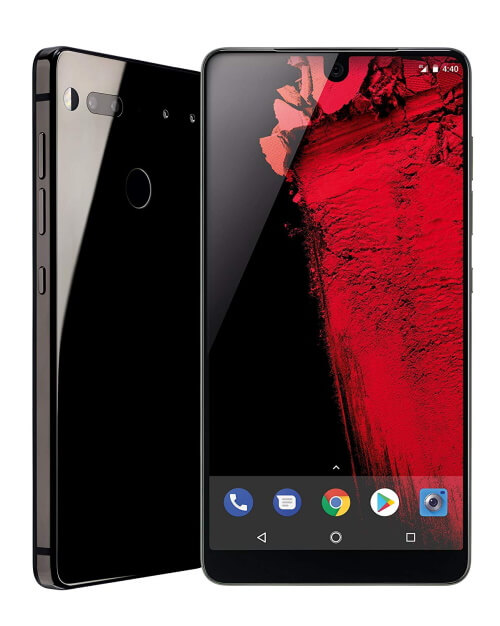 Essential Phone is typically constructed with ceramic and titanium, but still a solid phone to fight with your daily wear and tears. In addition, the essential Phone is equipped with a 5.71-inch edge-to-edge Quad HD Display so that you can enjoy games, movies on a large screen and compact enough to hold and use the device with one hand. Another worth noticing concept of Essential Phone is, there is no company logo or branding on the device, which means you can customize the phone in your own way. For instance, if you are a CEO and want to give a smartphone to employees, print your logo on the back of the device and gift it to your staff.

Moving forward to the Camera specifications, it has a 13MP dual-camera, 4K videos shots, Portrait Mode photos, and much more, which can be done on Essential Phone. In addition, One-Click Connector makes it easy to connect any accessory to the device so that the supplement won’t be misplaced or lost, and you can access it anytime, anywhere on the go.

Essential Phone is Available on Amazon

Believe me, Caterpillar CAT S31 won’t need any protective case to safeguard the phone from damage; the sample image itself answers your question. Of course, Caterpillar CAT is not a premium or advanced smartphone, but if you are labor by profession or the strict person who wants to have an essential phone with several features, your search ends here. It is powered with an Android 7.0 Snapdragon 210 CPU Quad-Core processor to handle normal usage.

It lets you capture perfect images and videos with an 8MP camera with LED Flash, and it comes with 16GB internal storage, but with a dedicated microSD slot, it can be expanded to 64GB.

#9. Motorola Droid: An alternate version of the Droid RAZR 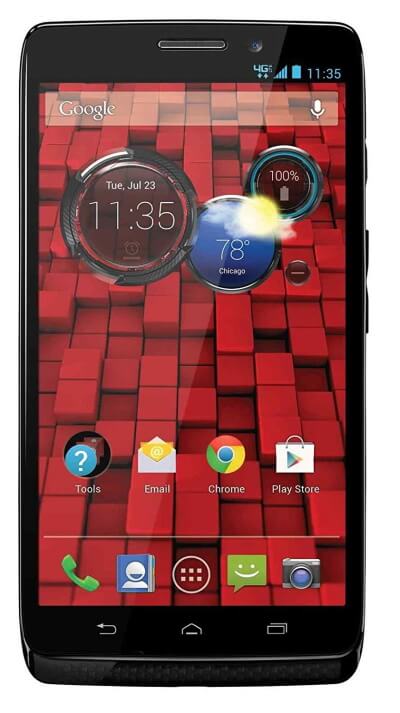 In our list of Best iPhone SE alternatives in 2021, Motorola Droid comes in fourth place. Motorola Droid is an old-fashioned phone with few improvements and today’s latest features. However, the benefit of buying an ordinary phone is it offers a large battery backup that lasts till the end of the day. Undoubtedly, iPhone SE is also a small-sized smartphone, but Motorola Droid is a perfect alternative option for iPhone SE if you are looking for Android phones.

The 4.3-inch qHD display, with additional features like Wi-Fi, GPS, helps to boost your productivity. Its outer surface is made up of Kevlar, and it features Gorilla Glass Display to resist scratches.

Motorola Droid is Available on Amazon