Split view is the brand new feature in iOS 13 and now it’s improved in iPadOS [With Slide Over, Multitasking or App Switcher] that’s really helpful in use multiple apps on a single iPad screen called Split Screen/Slide over Apps on iPad. And the question is what are the iPadOS 13 compatible iPads? All compatible iPad models can use a Split view/ Slide Over with Multitasking App or App Switcher like iPhone. I tried to fix Split view not working on the iPad. On my personal experience, App auto close and crashing on the iPhone. Use a new Spit view in iOS, Enable or Disable Slide Over App on iPhone from the Settings you need and explain the correct way to use the dock on iDevice.

You can see that my recorded video at last in this tutorial.

Also, refer to these tips & Fix your iPad Multitasking not Working. and Customize Different settings for the Multitasking screen like Show most recently used app on the dock, Gesture, Persistent Video Overlay and Allow Multiple apps.

Fix: Slide Over or Split Screen not working in iPadOS: iPad

Does split-view work on all iPads? Check Supported iPads:  Slide Over, Split Screen in iPadOS 13

Apple isn’t making clear about, Which iPad Supporting Slide Over and Split View, Here’s the iPads list that we tested,

Enable Overlay app on other apps: Side by Side

For iPadOS 13 and later users will have to check that multitasking option is turned On/Green, you can do that with following steps:

if it’s already enabled, however, Split Screen on iPad Not Working after iPadOS update, then you should turn the toggle off next to the Allow Multiple Apps and then after a while turn toggle On for Allow multiple Apps your iPad. I hope this will work for you.

Keep Open any one app on your iPad Screen, now Activate iPad dock by Swipe up from the bottom edge. From the Recent Apps on the dock, Touch and Drage the app icon to iPad screen to adjust another app on split-screen. Check-out the below video to learn the exact way to use a Split-screen or slide over. 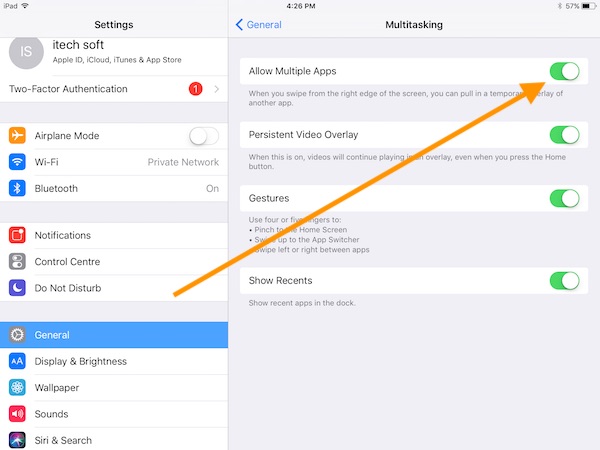 If you won’t adjust split view or app crash automatically, Go with this step.

Press and quickly release volume up button and Quickly Press and Release volume down button, after that Press and Hold the side power button on iPad until you iPad see apple logo after the black screen. Wait for turn on the screen, Try split-screen after entering the passcode. 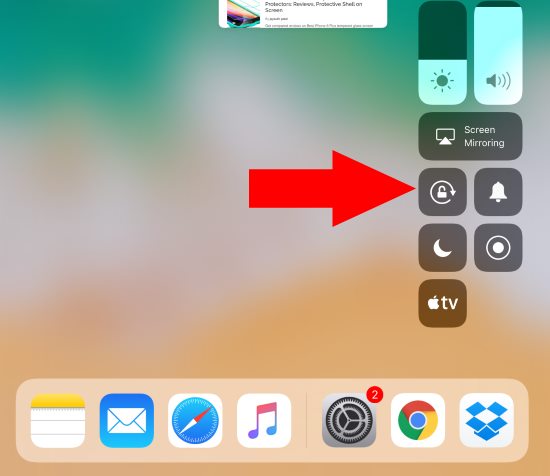 New iOS update help to fix the pre-resolved error by Apple and give a great experience for the next level of iPadOS 13, iOS 13/ iOS 12.