How to Save or Download Tumblr Videos to Camera Roll on iPhone, iPad

To get this trick, you must have installed the latest iOS version on your iPhone, iPad. Because iOS 11 has new recording features, so we can record our screen in the best Video and Audio quality. Till now I tried to record with most of the app and also video comes in social chat or conversation. 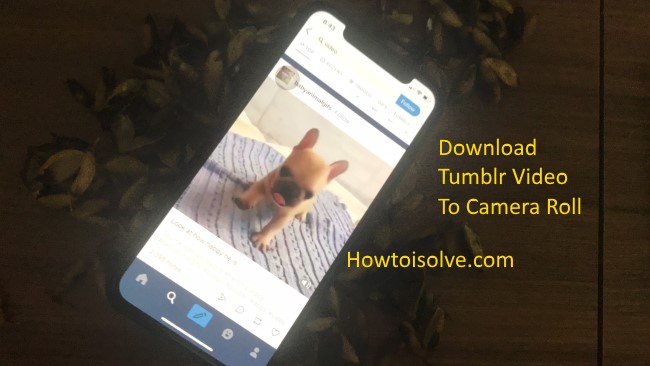 Find the screen recorder option control center, on iPhone X swipe finger down from the top right corner of the screen. iPhone 8 and Earlier, scroll up finger on the lock screen or home screen.

1: Tap on the screen recorder icon.

2: Screen recording will start after 3 seconds, till then you can play tumbler video on the same iOS device.

3: Also play the video in full-screen mode so that you can save the video in HD quality. Also, don’t turn on or test other sounds because it will record during screen recording. 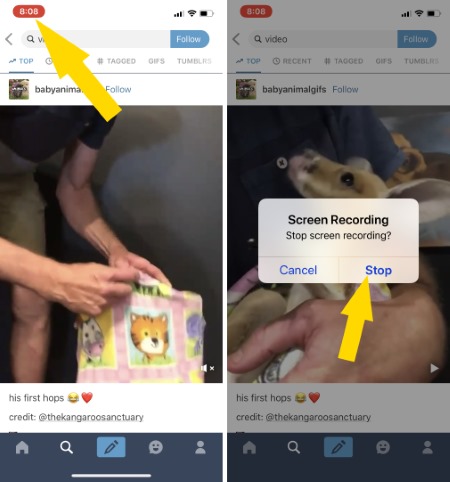 External Sound or your voice doesn’t record until you use any eternal microphone or Apple Earpiece.

After record screen video you can edit and trim unused portion of the video in edit mode. Go to Video in Camera roll > Tap on Edit > Use Left and right slider for trip video, after that done for saving.

Note: Tumblr privacy has overcome, there is not an official option for download posted a video on Tumblr timeline.