Now Siri becomes a most useful and important role for the iOS Device’s users running on iOS 13 or later. New Siri Shortcut and Siri Shortcut suggestions help to create a new custom shortcut for the home accessories and other pitfalls. Apple’s new AI Siri concept on Build custom Intents and workflows for Siri at first from your Settings app.

No matter new updates releases with handy features, somehow this update causes severe issues like Siri not working after updating to iOS 13 to iOS 13.3, Siri doesn’t listen and more. However, we are now habituated with all these bugs which come as a compliment with new iOS updates. As usual, we will try to fix Siri not working on the latest iOS on iPhone and iPad with few quick fixes. If you are facing more problems in iOS like “Wi-Fi not working in iOS” or “AirDrop not working in iOS” then you can visit that post and get solutions to errors in minutes.

Your iPhone not laying down otherwise Siri will not work [iPhone 6/6 Plus, iPhone 5s models], Command Work only while on the charge.

Siri Not Available: You’ll Need to Connect to the Internet First

Siri must need the internet connection and Works either Mobile or Cellular Data or WiFi internet. Double-check iOS WiFi is not working, How to fix.

Fix 2: Verify Siri is enabled by pressing the Home button, Side Button or Hey Siri

When you press the home button and you find out that Siri not working after updating to iOS 12/iOS 13. Then before trying any other fix, you must check that Siri is enabled by pressing the home button in the settings. 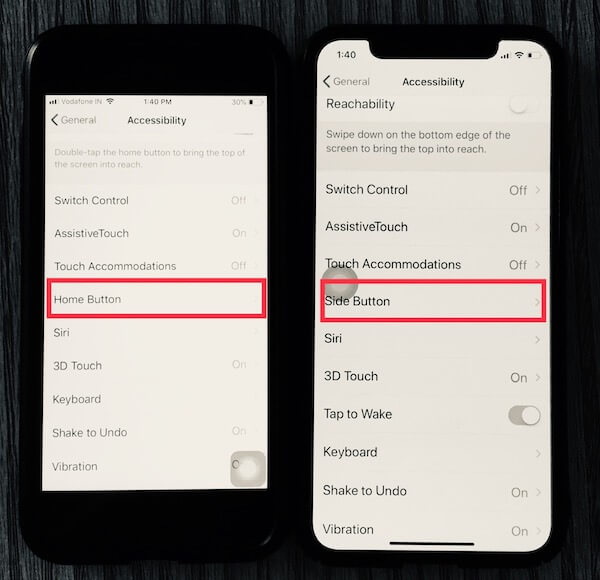 Step #3: Select the “Siri” below the “PRESS AND HOLD TO SPEAK” category.

How Does Hey Siri Work: Siri on iOS Device, Mac and Apple Watch we can call using your Voice command “Hey Siri”. Setup is required Your Voice tone. First Setup this and Keeps enabled Hey Siri on your iOS device, Mac or Apple Watch and Homepod.

Apple Watch automatically activates once you Enable on iPhone, iPad and Paired with apple watch.

Fix 3: Enable Hey Siri in iOS on your iPhone/iPad

We usually wake up Siri by speaking “Hey Siri”. Eventually, you end up with the issue that Hey Siri not working and Siri won’t talk. So we will check that you have enabled the “Hey Siri” option. 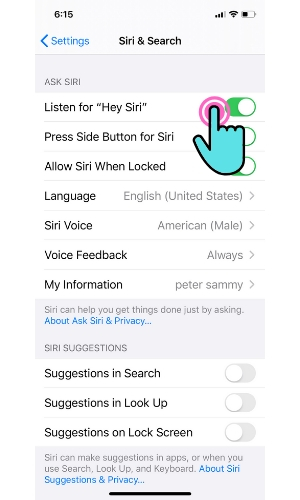 There is one more option available, if you want to wake up Siri in lock screen then turn on “Allow Siri When Locked” from the same settings. Yet, Siri is not working on iPhone/iPad then keeps trying below fixes.

Fix 4: Re-Enable Dictation on your iPhone/iPad in iOS

If you want to use Siri in your iPhone then Dictation must be toggled on. In case the Dictation is enabled and still, Siri is not listening in iOS then disable and Enable Dictation. Here’s how to do it. 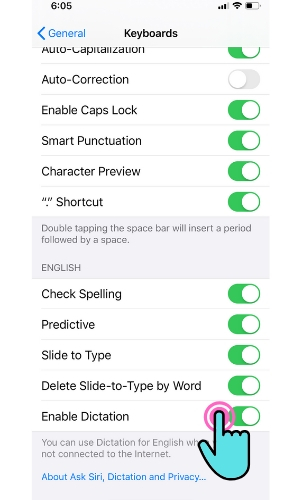 Also Make Sure Siri Dictation is restricted under the Screen Time 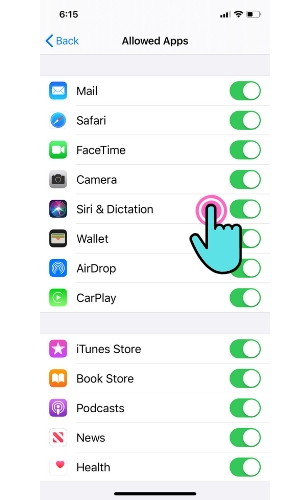 First of all, disable and force close settings and then again follow the steps and enable Dictation in iPhone.

Siri works only if your iPhone/iPad is connected with a strong Wi-Fi connection or cellular connection. The Wi-Fi connection is interrupted then you have to face Siri won’t activate situation in your device. Alternatively, you can switch Wi-Fi to a cellular network or vice versa to activate Siri.

Restarting iPhone is an evergreen method to fix if your iPhone causes some issues and so we will try to fix Siri not talking back and Siri doesn’t listen and many other Siri related issues with this quick fix.

Step #1: Press and hold the “Volume Down” button and “Power button” and release it when you appear the Apple logo on the screen.

Step #1: Press and hold the “Home button” and “Power button” together for 10seconds until the Apple logo appears on the iPhone/iPad.

More tips and expected solution that happen due to hardware issues. You can contact the apple support center. Also, book your appointment for a repair assistant at the nearby Apple store.