Twitter for all mobile platforms now much more improved compared to older versions. So keep you up to date especially running on iOS device (App store in iPhone/ iPad). Recently night mode in twitter android app and then Customize text size only for twitter iOS app option within app setting is possible. Here I guide on how to Customize/ Change the text size on the Twitter app when you open on the large screen (iPhone plus model). Not just text size, But also whole UI, User logo and name increased set by you in setting.

Change the text size of your iPhone also possible under settings app, But it’s not possible to change made only for app-specific. Also For full devices text size and style you must reboot/ restart device.

Using this app setting, doesn’t need to restart app or Device as well. Just follow the below steps any types of customization for text only for Twitter app.

1: Open Twitter app on iPhone/ iPad. Tap on Twitter Profile at the top left corner of the screen. 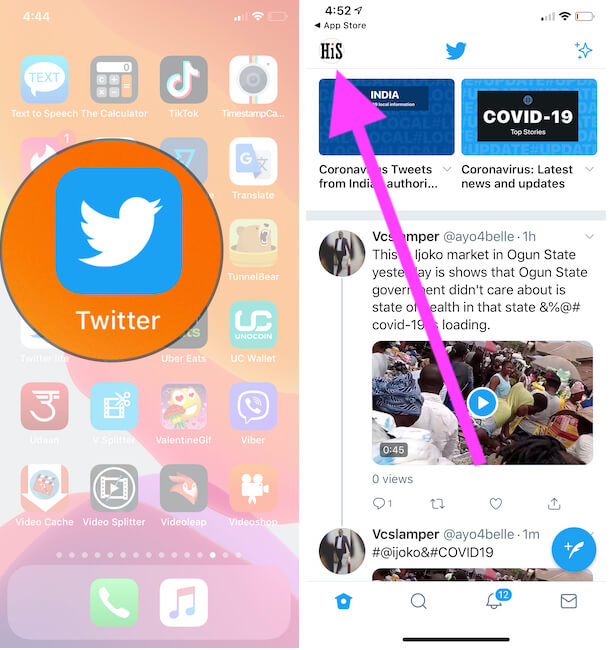 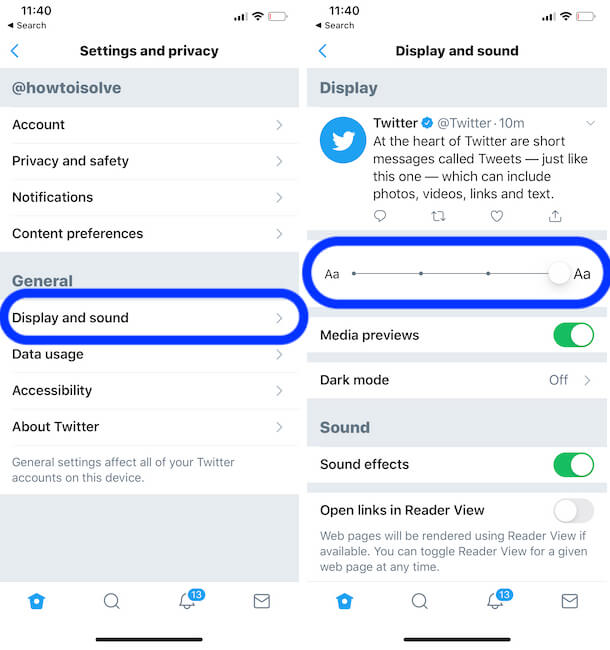 Change the font size of your twitter app on iPhone

Also, we can change the Text size of your Whole device that’s called System-Wide font size, let’s know how to change font size on iPhone from System-Wide

Note: Option available for my app version 6.58 or later.

Write feedback for us, how useful and what you feel on an easy option for Change text size on the Twitter app from iPhone/ iPad. Also, share with your friends on your social profile.