How to Set Sleep Timer for Music app On iPhone, iPad, iPod, Android

Is there a sleep timer for apple music? Yes Without any third-party apps, we can set the sleep timer for music app on iPhone, iPad, and iPod touch running on the latest iOS and Android. Are you listening to a playlist made music app and worried about how to stop the song automatically after some time, when you on a monthly basis at the reading time, On Bad for sleep, or at the Time of Exercise and Yoga? Continuously turned the music on iOS device apple won’t charge you; it’s hence that apple music subscription on monthly basis. But due to battery loss, you have to care about it.

How to Set a Sleep Timer for Music App On iPhone, iPad and iPod Touch 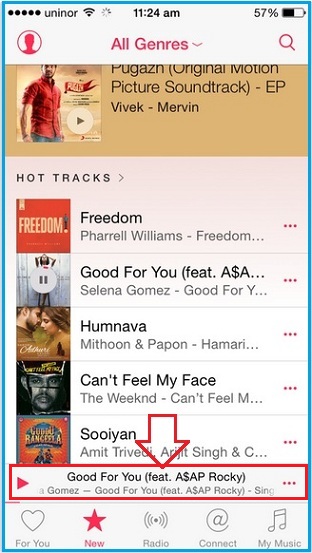 Step 1: Go to Clock app and Tap on Timer at beneath of the screen.

Step 2: Set Time duration by scrolling up or down.

Step 3: Change When Time Ends action by a tap on it. And from the next screen scroll down and Set Stop Playing.

Step 4: Start timer from this display, and now your Timer run in the background for stop music.

When time ends, and your music app’s song automatically stopped at that moment. And will be visible on iPhone’s lock screen. Ever you don’t want push just tap on the play button.

For iOS 11 or later version music app redesigned like in above screen. But who have’s update iOS 11 or iOS 10 with latest iOS you can also do auto stop or Set sleep timer for music app on iPhone, iPad and iPod touch?

Apple music subscriptions are available for individual purpose or Family subscription in just $9.99/ month and $14.99/month simultaneously. For first three months from sign up anyone can use free for three months then apple will charge for it. (So, in that case, you can turn off auto-renewal for apple music).

Apple music for android also peaceful that use to listen to trending and our favorite songs in all over the world. Simply install Apple Music app from Google Play Store on Android Mobile or Tablet. Sign in with your Existing Apple ID or Create a New Apple ID.

That’s it, Set a sleep timer for a music app on iPhone or another device quite easily, and still, are you facing a problem somewhere in your case? Please share with us in the comment box.