Siri Not Working on Apple Watch WatchOS 9.0.1 in 2022 Easy Solutions

Siri is a great feature to do something on the iPhone and Apple iWatch. It started with iPhone Siri working well. However, it wakes up with vibrate instead of sound. Sometimes you have also experienced problems likely Siri doesn’t work on iOS or Siri is not working on Apple Watch. Nevertheless, that may be the problem of a microphone, software command, or not perfectly paired between Apple Watch and iPhone. You are looking to change Siri’s language on iOS.

There are a number of possible solutions to fix Siri not working on the Apple Watch. You need to follow the below-outlined troubleshooting ways.

Feasible Tips to Fix Siri is Not Working on Apple Watch: WatchOS

Apple Watch 3 and later Apple watch users can use Siri directly with Raise your Wrist. and Say command to use apple watch like calling someone with the name, Open App or Get internet data, and more.

Solution 1: Make Sure Apple Watch is Connected to the Internet

Internet connection may temper the Siri, therefore, make sure the Apple Watch and iPhone are connected to stable Wi-Fi/Cellular Data to avoid Siri issues on watchOS 8 and iOS 15.

Make assure Siri is active on your iPhone if that is turned on already then pause for a few moments and then re-enable it.

Tap the My Watch tab → tap on the (i) button next to the Apple Watch → in the last tap on Unpair Apple Watch → Tap again to confirm → you might need to enter an Apple ID password to disable the Activation lock.

You should do restart the iPhone to fix Siri not working on Apple Watch and then start again. Then, Pair your iPhone and Apple watch back. 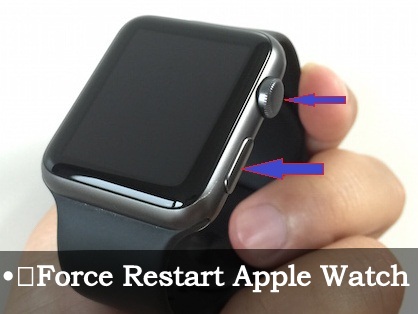 Press and hold the side button and Digital crown simultaneously for 10 seconds until the Apple logo appears.

Solution 5: Clean the Microphone and Speaker of Apple Watch

As of right now, watchOS 7 is available for the Apple Watch Series 3 or later versions, if you own a compatible Apple Watch, make sure it is updated. Updating the Apple Watch tends to fix many known and unknown glitches right away.

Resetting Dictation on iPhone might help you get rid of Siri not working on Apple Watch watchOS 7 as well as on iPhone.

Check iPhone and Apple Watch both under the same language (English).

Solution 9: Turn on the Airplane Mode in Apple watch

Swipe the Apple watch Home screen > Settings > press Airplane Mode and turn it on back.

Please share which clue worked for you to fix Siri not working on Apple Watch.