How to Stream live video on Twitter from iPhone/ iPad

Live video streaming is most likely features in social media platforms, First live video broadcast started from Facebook, Snapchat and now it’s on twitter the biggest social platform. Very easy to use Stream live video on Twitter iOS app from iPhone/ iPad, that’s I am showing here on my iPhone. Before go for live video share, make sure about update twitter app from app store.

Your live video only viewable to your followers, they can like it, Comment on it and Watch clearly on each iOS or iPhone/ iPad models.

Steps for stream live video on Twitter from iPhone/ iPad 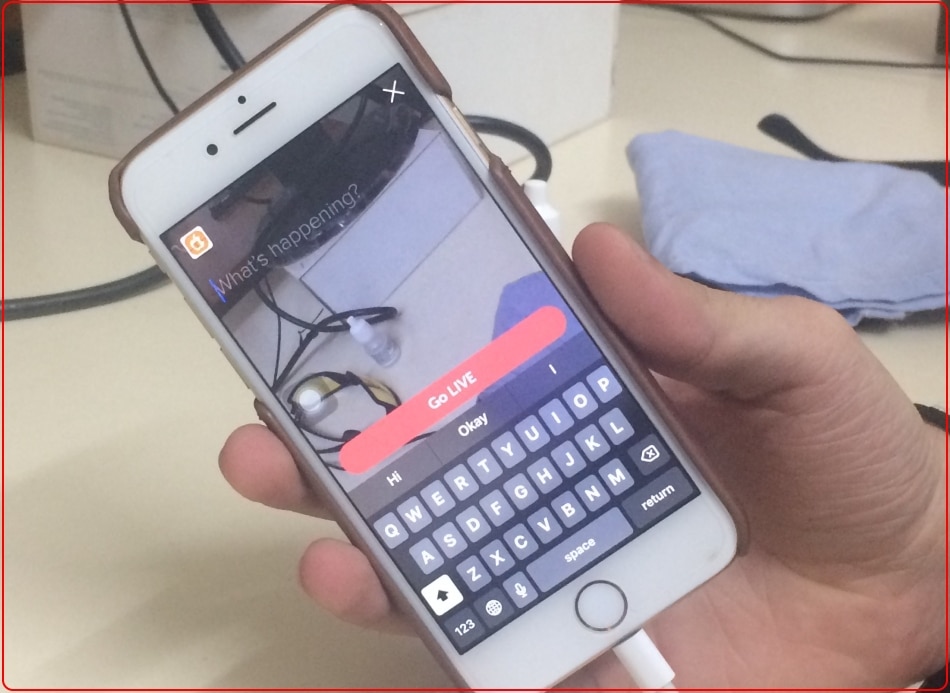 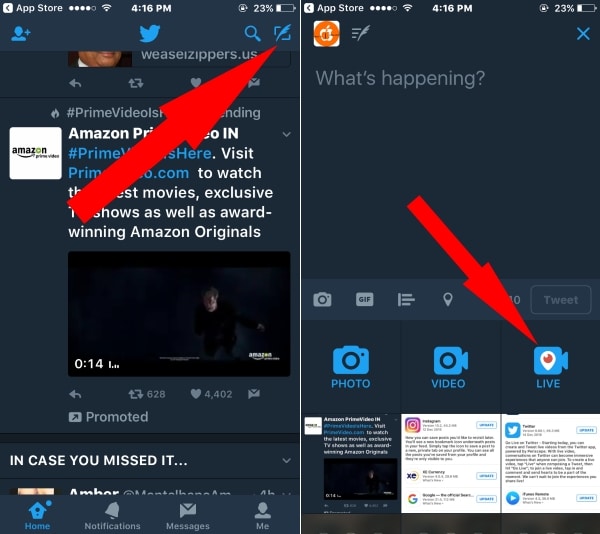 2: New option in Big icon now on your screen, “Live camera icon” Tap on it.

Next screen is for Download Dedicated live video broadcasting app: Periscope by twitter. Not to use periscope app, Tap on “no thanks” So you doesn’t need to download it and use single twitter app for video recording and live streaming. 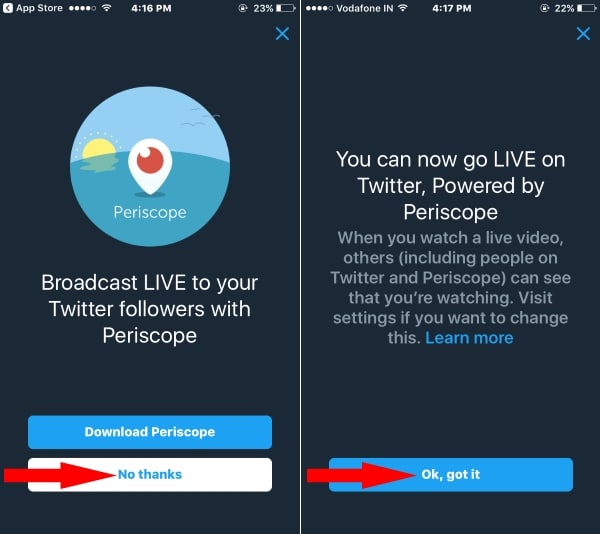 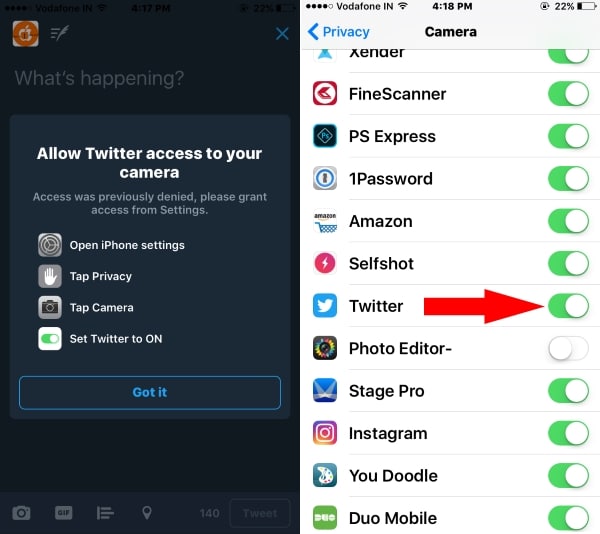 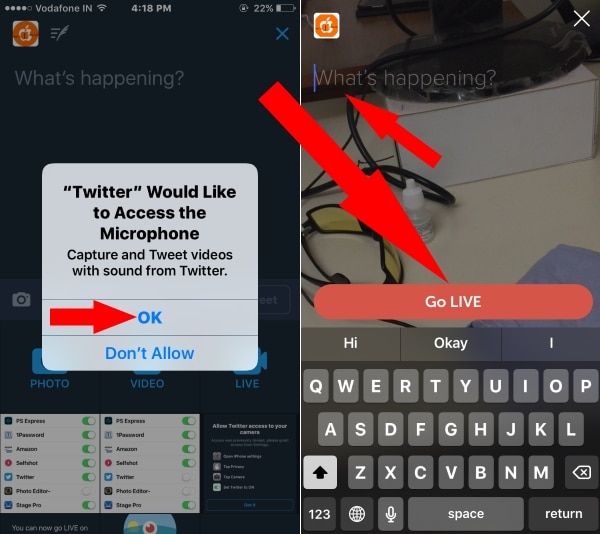 Finally, you are now live, keep camera at right place and Don’t share or record personal screen from iPhone camera.

Double tap on camera recording screen, To start recording from front to Back or Back to Front (Selfie view) 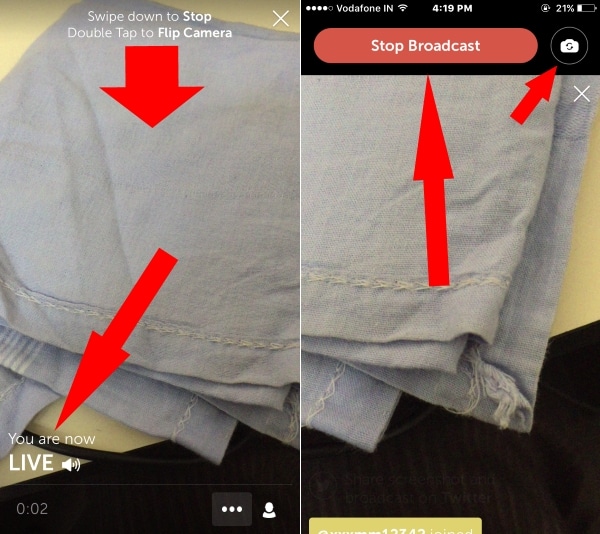 Swipe your finger down, Tap on Stop Broadcast option. See image above,

After you stop live recording, your screen should be below, Swipe up finger on screen. See the detailed information about Watched Time, Duration, and Share to other social profile, Save to camera roll. 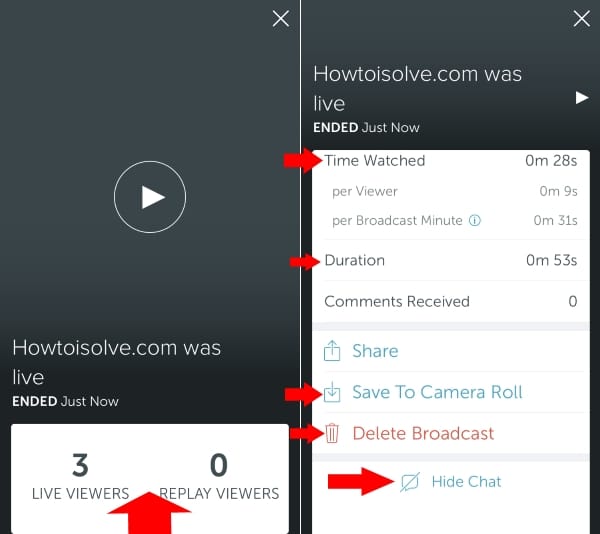 Yes, live video we can delete from Twitter profile timeline or instantly after stop it: Delete Broadcast (See above screen)

Hope you will get whole idea on use and record live broadcast or Stream live video on Twitter, iPad in step by step.