How to Force Quit Recent Background Apps on the Apple Watch: Force Turn off Active app

Or Go through below steps, in that you don’t need to restart watch again and again. A pretty impressive or commendable experience I noticed on my 38mm apple watch. The same way also works on Apple watch sports, Edition 38mm or 42mm. 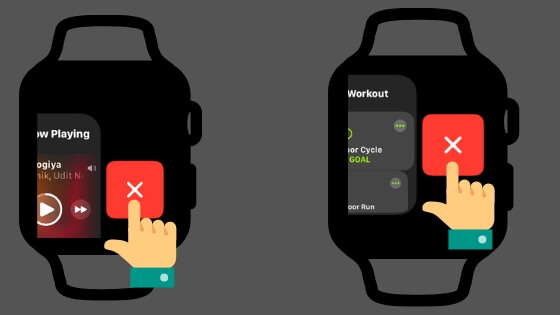 How to Manage Backgroud App Refresh on Apple Watch From iPhone

According to the developers’ view, watchOS doesn’t require a close app running in the background as we have experienced on iPhone, iPad, and iPod Touch.

Also, share your experience that you are using to boost your apple watch performance.

Any further help about on force close apple watch app manually for release or free up the process if you fail from increased speed and performance over time or on your older apple watch. Thank you!