This same Wake Screen settings sections, you can also see the same setting on your Apple Watch also, 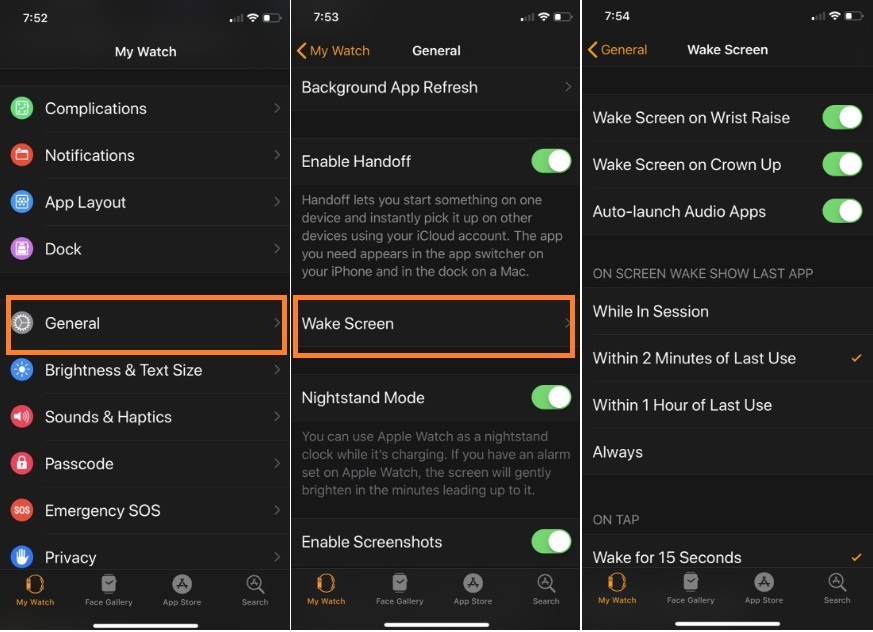 As you get the screen, there are few sections appear on the screen that I have explained below;

One of the ideal ways to wake you Apple Watch. As you might use this way to perk up your Apple SmartWatch automatically. Enabled wake screen on wrist raise toggle Apple Watch is always ready to give wake screen functions to its wrister like you.

For Accuracy and convenience, the user makes sure that

Tap on General > Watch Orientation to make your selection right or left. Then, enable the Wake Screen on the Wrist Raise option by moving the toggle to green.

Best for control Music, audiobook, Podcasts on the go, instead of picking up your phone to control playback via control center on the lock screen.

Easily get last opened up, for example, you leave the calendar app, and for a reason, you don’t see on your watch. Then after you activate your Apple Watch screen that time, it will instantly show you Calendar App.

In this section, you can see two options included Wake for 15 seconds and Wake for 70 seconds. We can say this is the battery saver feature for the Apple Watch.