Are you looking for an Edit Photo in Photos App on iPhone, iPad? Apple brings redesigned Photos App on each version; This time in lateset iOS and iPadOS apple made big core changes and Cosmetic changes in the Photos app. All the editing tools are like a Pro, Now Photos App is a standalone app to use on iPhone, iPad as Best Photo editor, That’s why iPhone users can edit photos as well as Videos on Photos app. Keep Updating your iPhone and iPad with the latest version of iOS and Enjoy new Editing features of Photos app.

Also, the Apple Photos app support Markup tool on iPhone, Drow Something on Photo, apply Border, Add Text, Signature, Magnifier and more to make the picture more efficient and incredible than ever before.

The editing tools in the Photos app are divided into three categories: 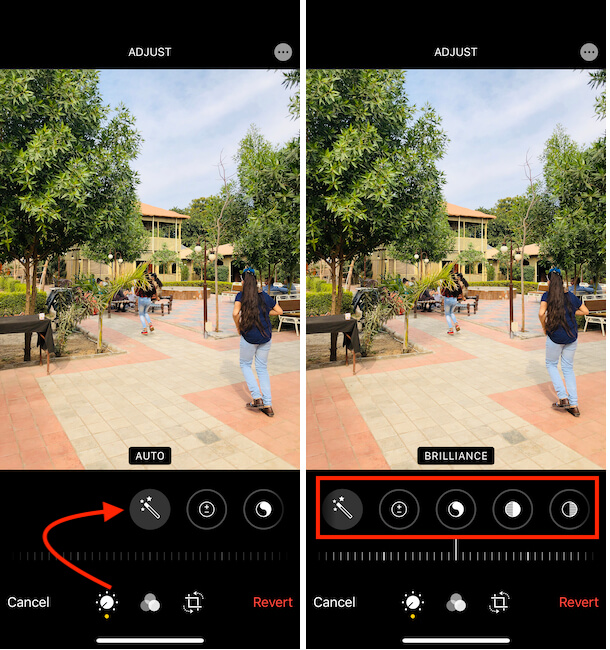 Starting with Adjust, it contains all the major editing tools that you have used or never used before. However, you will come to know once you edit the photo in Photos app on iOS 13. 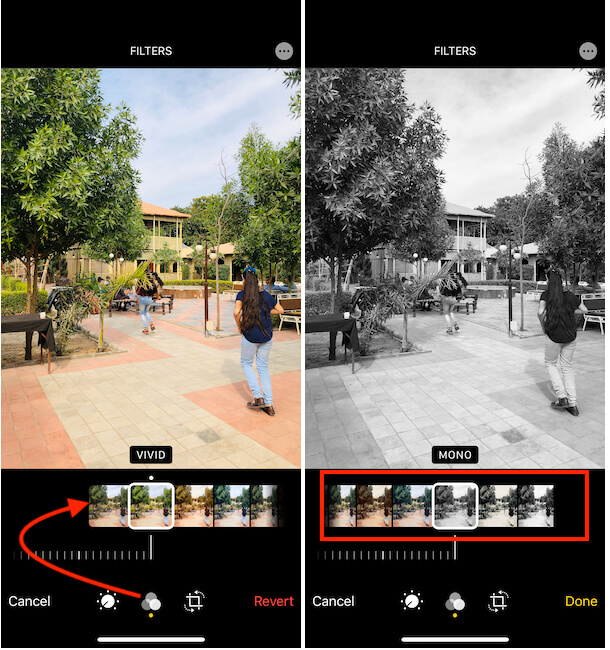 When you tap on Filter, multiple filters will appear such as Vivid, Vivid Warm, Dramatic, Mono, Silvertone, etc. Select the filter that suits your picture and tap “Done”. 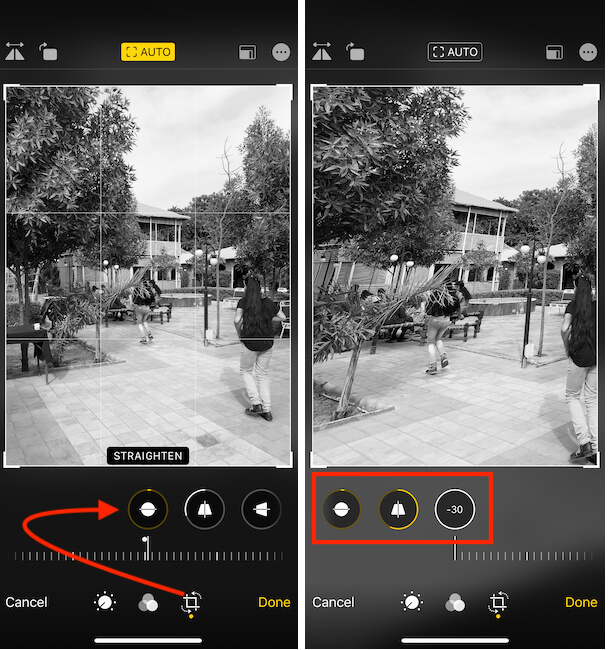 Crop tool plays the most crucial part in Photo editing because it allows us to cut the unworthy things that are spoiling the photo. There are three different ways through which you can crop the image.

How to Flip/ Move images Horizontally or Vertically? 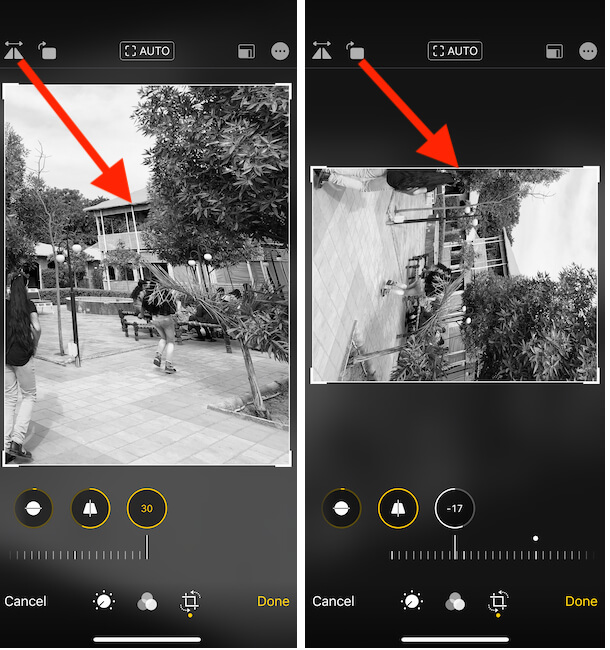 How to Flip Photo on iPhone Photos app

Moreover, on the top of the screen, there is an option to move the image Vertically and Horizontally. Tap on the icon and move the photo.

How to Set Aspect Ratio on iOS 13 Photos app? 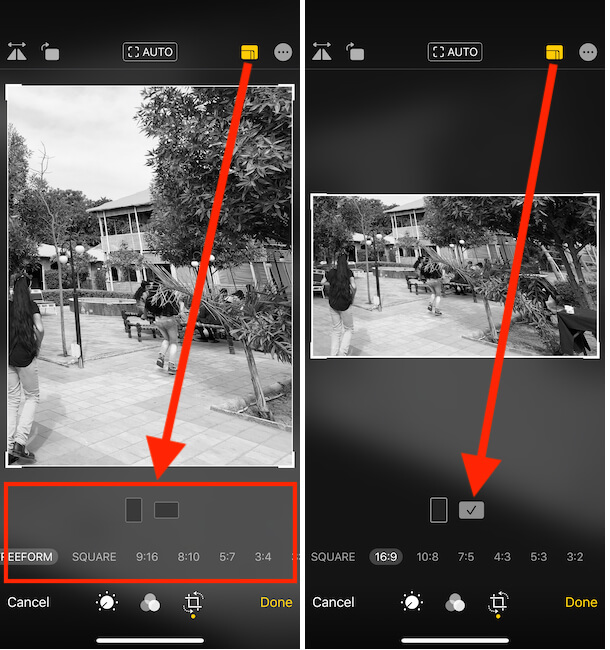 How to Set Aspect Ratio on iPhone Photos app

Move to Original Photo on iPhone after Edited 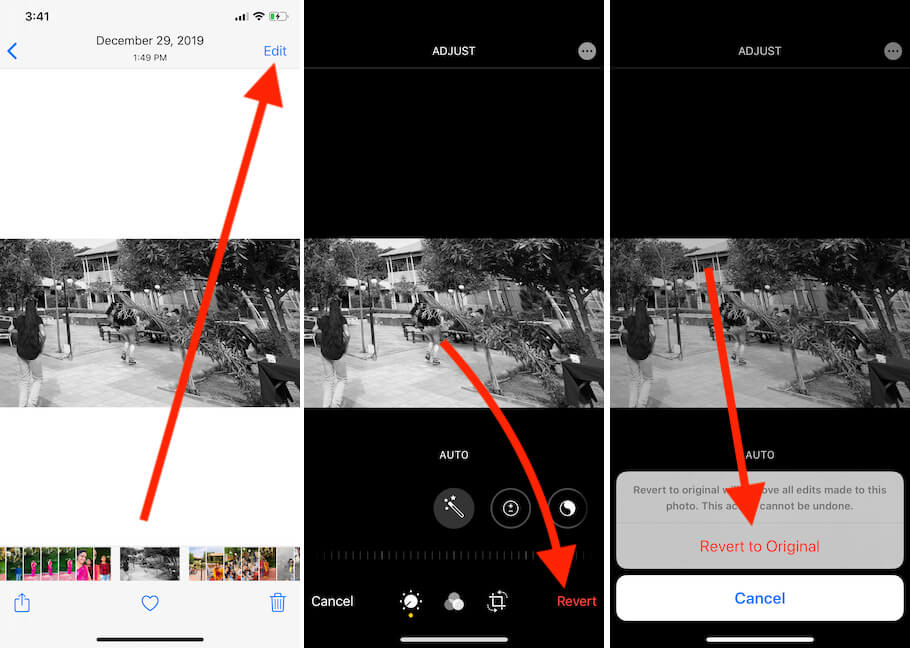 For example, here we have taken Markup as Photos Editors. If you must have installed to get it inside Photo app. before following steps, go on Apple App Store and download cool Photo Editors, if you’ve not installed. 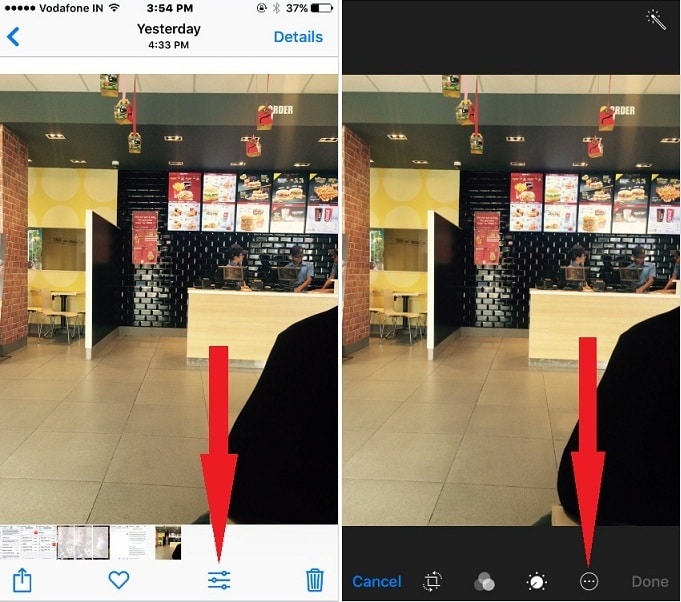 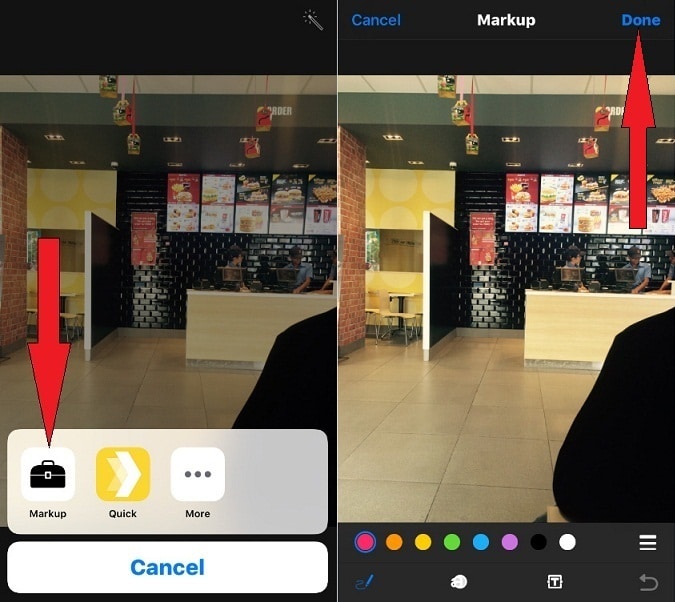 Furthermore, in iOS 10, you also get your original image back using Revert to Original function. It’s straightforward to use. Revert to original will remove all edits made to the Photo. The action cannot be undone. 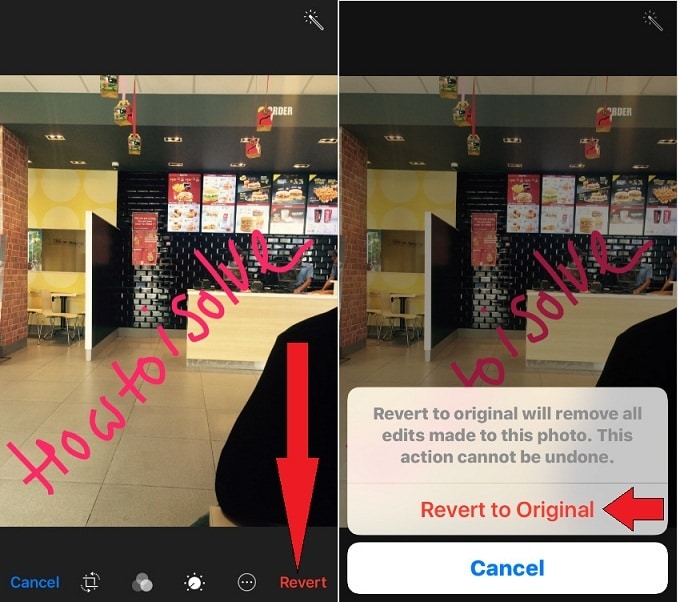 Let’s share your voice and tell us how it seems this trick to Edit Photo in iOS/iPadOS Photos App on iPhone, iPad. Like it? Please Share it.