Debut on Set Siri Voice Volume on Apple Watch to make watch Siri voice loud. WatchOS 5 beta 1 and beta 2 for developers has been released worldwide. Still, Siri in Apple Watch hasn’t received some significant functions like raise to speak. However, watchOS 5 is totally based on strong communication and fitness. But still, small changes have won the heart of millions like connecting to Wi-Fi other than iPhone’s Wi-Fi network, adjusting Siri Voice and more.

From now on Siri will speak as much as loud as you want and even Siri voice can be low as per your desire. Moving forward to

How to Set Siri Voice Volume on Apple Watch WatchOS 5 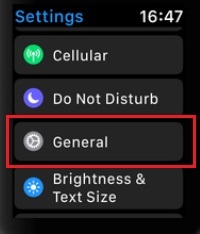 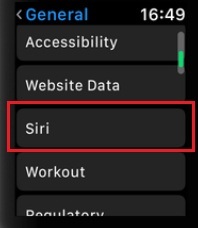 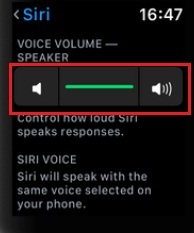 Though this new Siri setting, you can ‘’control how loud Siri Speakers responses.’’

Siri will speak with the same voice search selected on your phone.

One thing you must note that it will only change the Siri voice volume of the iOS device, this changes will not affect when you are connected with speakers or Bluetooth headphone.

At least you should now able to control the Siri voice volume depending on the surrounding, the HomePod user is still waiting for this update.

If you facing Hey Siri setting missing on your Apple Watch then the bottom guide will help you to get back.

To Activate Siri on your Apple Watch follows the bottom Settings:

> Use Walkie-Talkie on your Apple Watch watchOS 5

> Guide How to Start Activity Competiton on Apple Watch watchOS 5

M1 Pro vs M1 Max! MacBook Which Should You Buy?

How to use the Apple Maps Globe View in macOS Monterey?