New iOS is a complete new features package for iPad users. This time iDevice user can feel something new on existing old iPad and iPhone models without upgrade old iPhone and iPad. One of it’s important to feature is use drag and drop functionality between any apps installed on iPad. here’s the detailed guide on Use Drag & Drop on iPad models.

Example: use it for prepare notes from directly drag links, images, and text and save in newly created or saved note from Safari browser. The same way we can use photo app for sending pictures into iMessage or Mail. Also, new file app is a great app that helps as a bridge between any apps. File app is not managing only saved on local storage but iCloud, and other third-party cloud apps like Dropbox, Google Drive. Move pictures from one folder to another.

How to use Drag & Drop in iOS: iPad

Split view is too much comfortable to use Drag and Drop feature. Without switch app from the dock or home screen.

Using Split view, we can only use drag and drop between two apps on the screen. 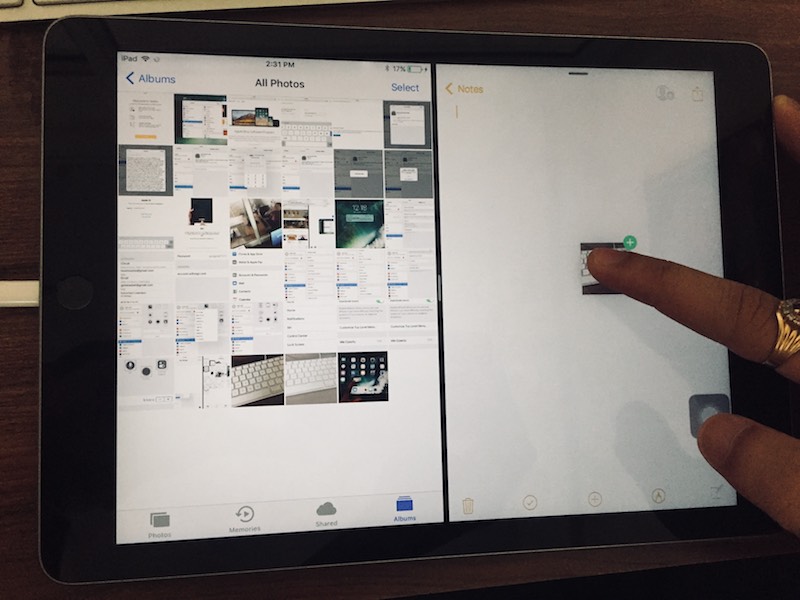 Open the first app, now drag other apps from the dock – second app drag to up left corner of the iPad screen. Lift up the finger from the screen, the second app automatically adjusts the space side by side.

Really wow, not just use the app on the screen but send or save it on the targeted app after opening it from home screen or opened on iPad or iPad dock. 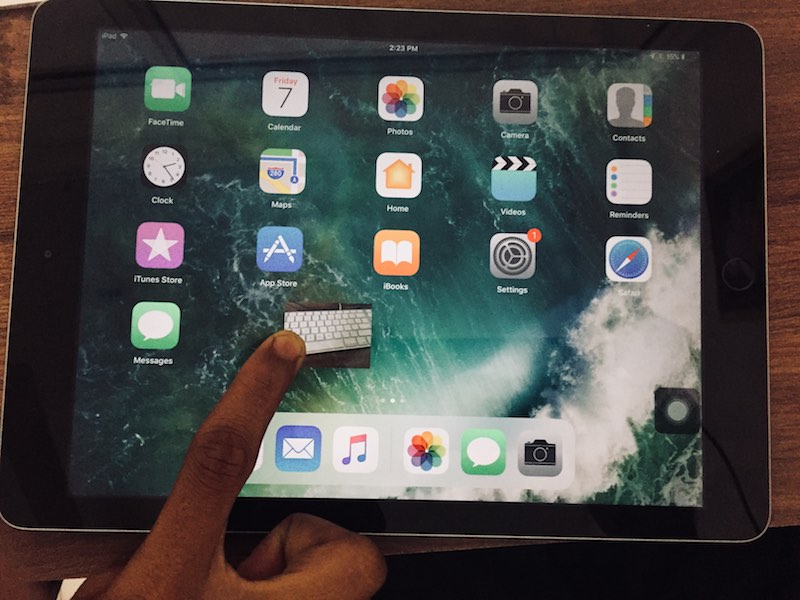 This is a confusing but smart way to use drag and drop on iPad with iOS. First, Open the app from that you want move picture, documents or folder in to other app. Press and hold on it, after that drag on the screen don’t left it until you open another app from the dock (flick finger on iPad screen from bottom) or home screen(press home button and select app using other hand) app.

See the below video tutorial,

Really helpful for increase productivity for students, Business and Personal use. Give comment us on more tips and guide relative to Use Drag & Drop in iOS (iPad).
Related Readings