In this article we’ll show you how many microphones do iPhone 12, 12 Pro, 12 Pro Max, and 12 Mini has with exact locations. Microphones play a major role in any smartphone, whether it is recording 4K Video or FaceTime Calls, or talking on Phone Calls, without a microphone your iPhone is useless. Notably, Apple has allotted multiple microphones for different purposes, for example, if you’re shooting video, the Camera microphone will be used, during Calls iPhone will make use of a microphone located near the lightning connector, and so on. Apart from software specifications, often people love to know about hardware machine, like Camera, Microphones, Sensors and more.

While many people have to forcefully learn about hardware just to troubleshoot or replace any damaged part of the iPhone. If you care to learn about iPhone 12, 12 mini, 12 Pro, and 12 Pro Max, Microphone this post is for you.

Where is Microphone on iPhone 12/iPhone 12 Mini? 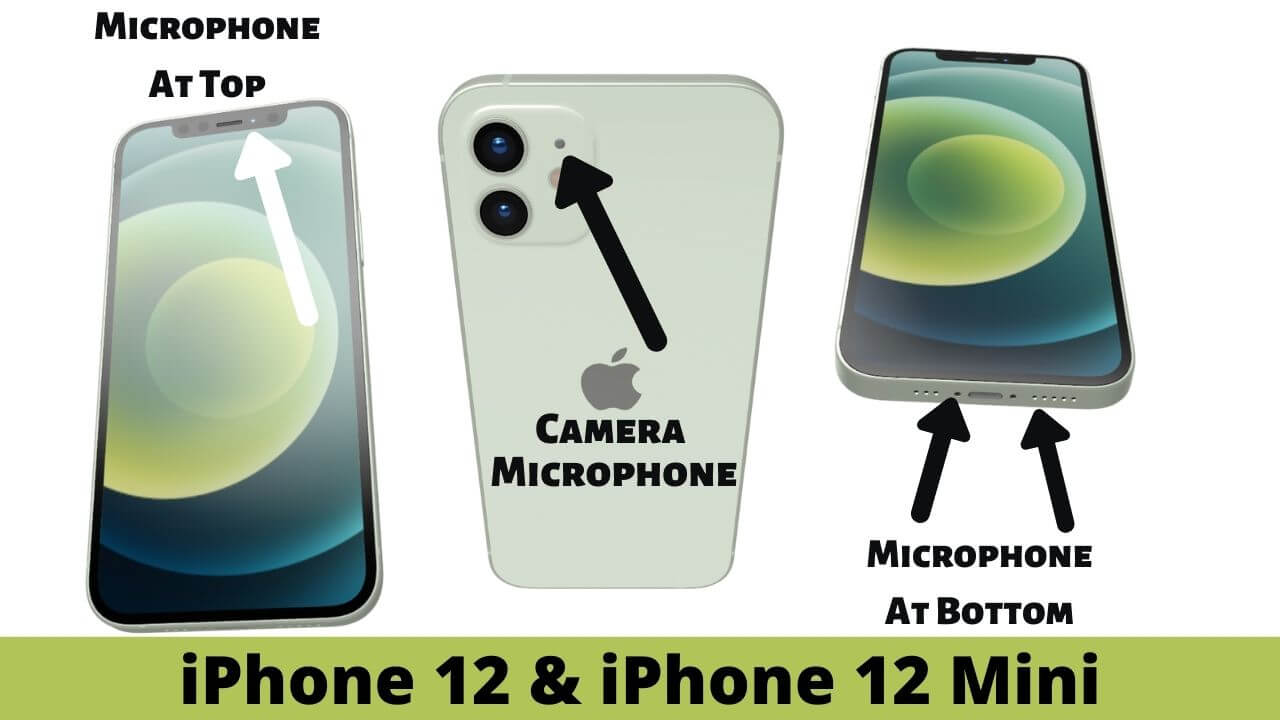 Where is the Microphone Location on iPhone 12 Pro

Like any other smartphone, your iPhone 12 is equipped with three different microphones, on multiple locations. For example, if you turn the iPhone, and carefully look at the rear camera, you’ll see a tiny hole beside the camera, that’s a microphone for the Camera, to record Videos and perform camera-related functions. Another microphone is near the lightning connector, often users get confused between Stereo Speaker and Microphone grill. The first four holes from the right side are the built-in stereo speaker grills, whereas the rest of them is the microphone holes. Plus, on the top near the ear speaker, there’s one more microphone. 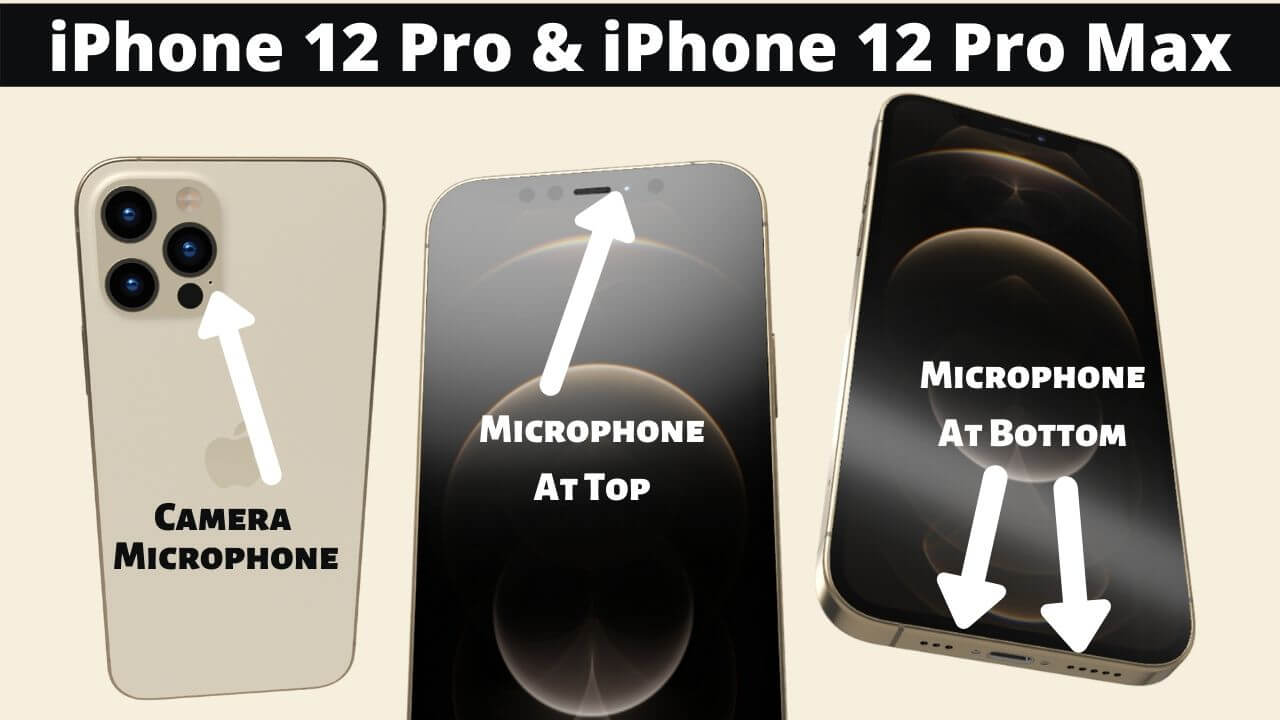 Among all iPhone 12 models, iPhone 12 Pro/12Pro Max is one of the most popular picks by Apple fans and compact with screen-sized 6.1” and 6.7” respectively, but that doesn’t make much difference when compared to basic hardware add-ons. The iPhone 12 Pro and Pro Max also feature three microphones in different locations. First and foremost, you’ll see an array of holes underneath, besides the lightning connector. When counted from the right side, the first four holes are stereo speakers and the others are a microphone, to transmit your voice during calls. Siri uses the microphone near the Ear Speaker, to listen to your commands, this microphone is hard to see, but it is there. And the last one is in the rear Camera frame, to capture the sound when you record the videos.

The name itself says its function, when you record Videos, the back microphone picks up the sound and adds to your videos. Without a camera microphone, you won’t be able to get background music/voice in the videos.

This microphone is responsible for catching Siri Commands, so we can say it is dedicated to Siri and few other functions. On giving any command to Siri, this microphone will come into action and perform accordingly.

While calling the bottom microphone is used to transmit your voice on the other end, if this microphone is damaged or inactive, the other person on the call can’t hear you.

Know the exact location of your iPhone 12 Series models, After that, it’s easy to record your Voice previously during Video recording or Audio Recording.