It seems like many features are absent from the iPad default video player. Chief problem is that the App isn’t able to play many formats videos. And, so that users needed video converting software. Even though, nowadays, numbers of Applications available on the iTunes store. I specially made a list of the Pro and Free Best MKV Video Player for iPad Air, iPad Mini, and iPhone.

These iOS Video Player apps are great for watching Full 720p/full 10800 MKV files like Movies and TV Shows, easy to manage such as add videos, folders management, to create the playlist, and save media with the secure passcode.

The answer to the following questions: 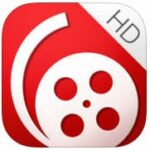 The AVPlayer HD is a premium video player for iOS. It supports almost video formats like AVI, WMV, MKV, and many others. It not only good for the multi-extensions videos but also gives picture-in-picture mode, Split View, Sound Booster, transfer Video Via USB and Wi-Fi, supports ac3 Dolby digital and EAC3 Dolby Digital Plus.

Furthermore, the latest AVPLayer HD version supports the APFS system on iOS. Just you need to pay one time to get all functions into the single App. – Read more extra features to download AVPLayer HD. 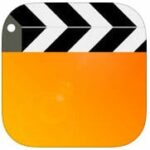 The HD Player Pro is the alternative app of the Av Player. It is the simple, fast and excellent user interface powerful media player for iPad Air, iPad Mini, iPhone 7+ and all other iPhones with ultra HD videos. Supports MKV and FLV supports though you don’t need the video converter.

In addition, this player renders some of the advanced features including SSA/ASS to see pretty stylized fonts, colors, and positions. The latest version is available with AC3 and E-A3 audio output. It’s packed with the latest technical functions such as TV output, Bluetooth headsets, Multi-core decoding, iTunes + Wi-Fi sharing, support retina, password protection and sound booster audio with great visualization. 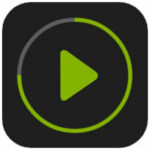 Are you a heavy anime watcher? You should try OPlayer Lite to stream the MKV video on your Apple iPad Air, iPad Mini. This player updated feature supports DTS audio and DTS-HD audio. In addition, it offers SAMBA, FTP, UPnP, and DLNA streaming service. official license of the AVI and DivX supports in the App purchase.

VLC for iOS is a free MKV Player for iPad and iPhone. The VLC app has the number of wonderful features among all of them Wi-Fi upload is the #1 feature.

Yes, dear, you can upload streaming to VLC via the same Wi-Fi network from PC to iPad and iPhone whenever you want. MKV support is also one optimal function. VLC also supports Apple Watch (Series 1, Series 2 and later). 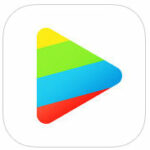 NPLayer Plus is being called the mother of all media players for iOS. It supports almost video format and codecs. So without the hassle of having to convert video file formats.

Additional, AirPlay and Chromecast feature, Supports Bluetooth keyboards, comes with a mini-player for audio playback. All the latest iOS running Apple iDevice users are able to use the MKV and all other formats on NPlayer Plus. There are maximum Gesture-based controls you can get on NPlayer Plus.