Apple’s iPhone comes with a native audio recording (Voice memos) app. of course; it’s a portable tool for recording audio sound. To recording a voice memo, you can use the built-in microphone, Bluetooth headsets and or supported External Microphones. Very easy to use at any time and any places. In addition, native voice memos app supports multitasking  You guys, get below everything about record audio on iPhone or Start Voice Memo and Start to record.

Apple iPhone’s built-in microphone is only efficient in recording mono audio, but for those guys who want to record high-quality multi-channel then it required an external stereo microphone that supported with iPhone.

Guide on How do I Record Audio on my Apple iPhone? 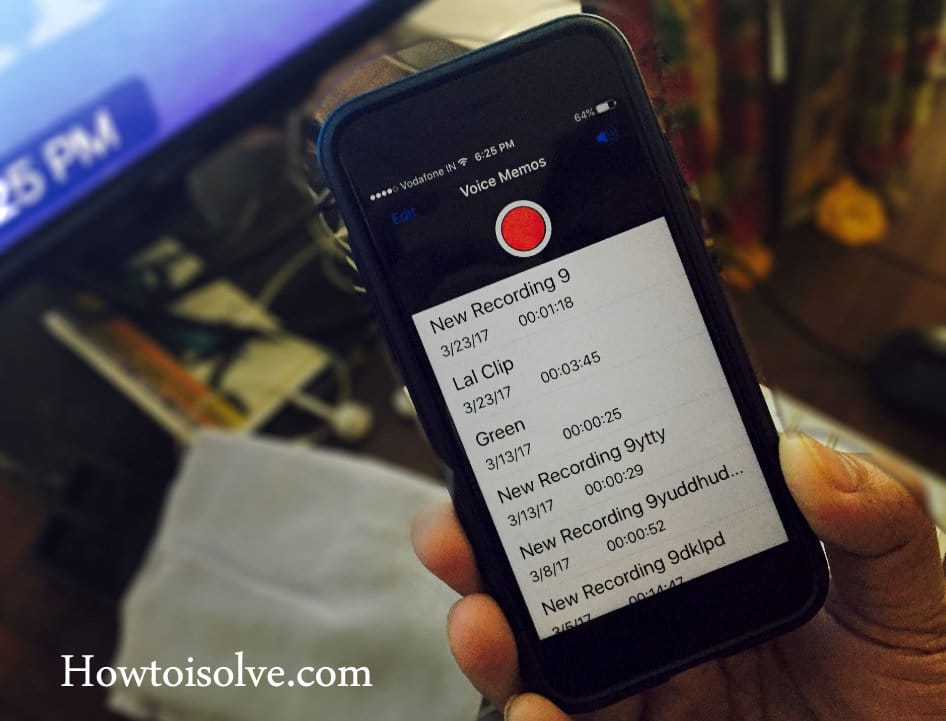 Before saving an audio file, you can preview that. To listen to audio preview tap on Play icon left of the Record button.

To save audio, tap on the Done right to the record button. You’ll get a text field box to enter the audio file name. if you want to remove then tap on Delete and keep free up space instead of unwanted audio recording on your iPhone.

In addition, Your saved recording audio file you can trim and rename very easily.

This is the only quick option than 3D Touch, Because we can start audio recording from the lock screen or home screen by activating Voice Memo app on iPhone. and instantly start voice recording.

Swipe up finger on Screen, To open the control center. 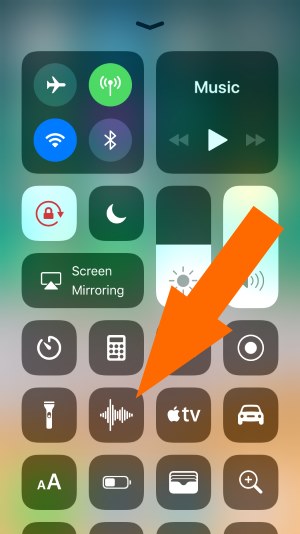 Tap and hold on the Voice Memos app from your iPhone home screen. Next, tap on New Recording appear on quick action. 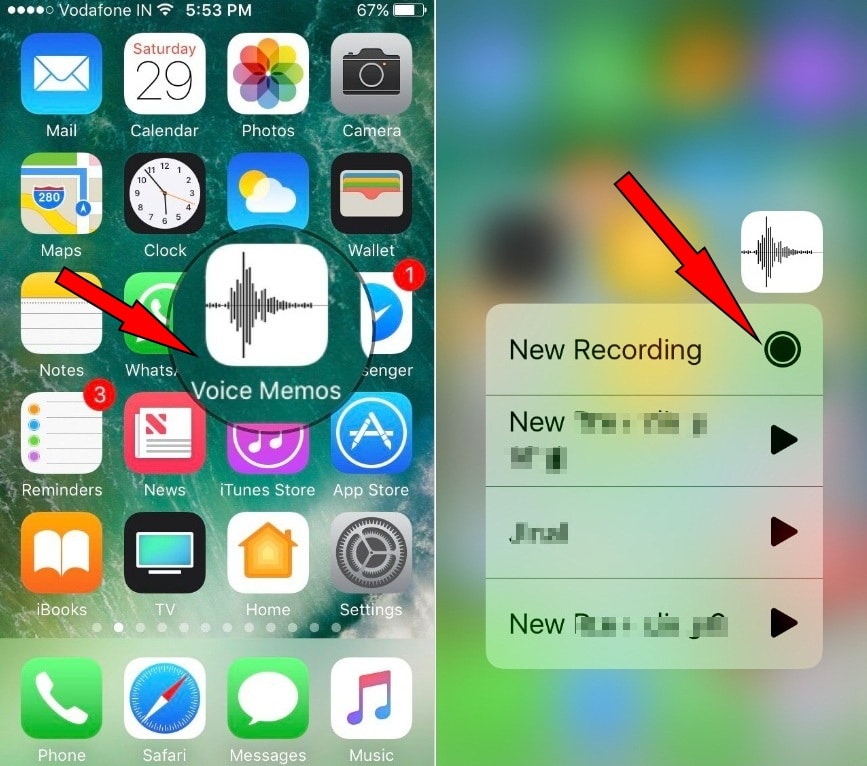 To record louder sound on your iPhone, you will have to adjust the recording level. To do that just move your microphone closer to what you’re recording. For high-quality recording audio the standard level should be between – 3 DB and Zero Db.

Did you know the native Voice memos app iPhone how long can it record high-quality audio? The Voice memo has been reported by some of the iPhone users that said after 30 minutes or above having difficulty processing audio files to share and sync.

I hope, using this guide, you would be able to record audio on your Apple iPhone. Follow bottom steps to share iPhone audio file to your friends using AirDrop, iMessage, Mail Whatsapp, Facebook Messenger, and pre-installed apps.

Useful: Tip to Recording a Call on any Apple iPhone