Home » BUYING GUIDE » Why iPhone is the Best? Here we will Discuss [Updated in 2021]

Why iPhone is the Best? Here we will Discuss [Updated in 2021]

What makes the iPhone better than Android? Or Why iPhones are the best? All these questions cant be explained in one line. However, we have tried our best to justify why you should buy an iPhone and not an Android phone. From hardware to software, we have compared everything that the user needs to know while purchasing any smartphone.

No doubt Android phones are flexible and customizable compared to the iPhone. But the more privilege the company provides you, the more chances that you will destroy the phone. That’s why I always recommend my friends and family to buy an iPhone over Android.

Why Choose iPhone Over Android? 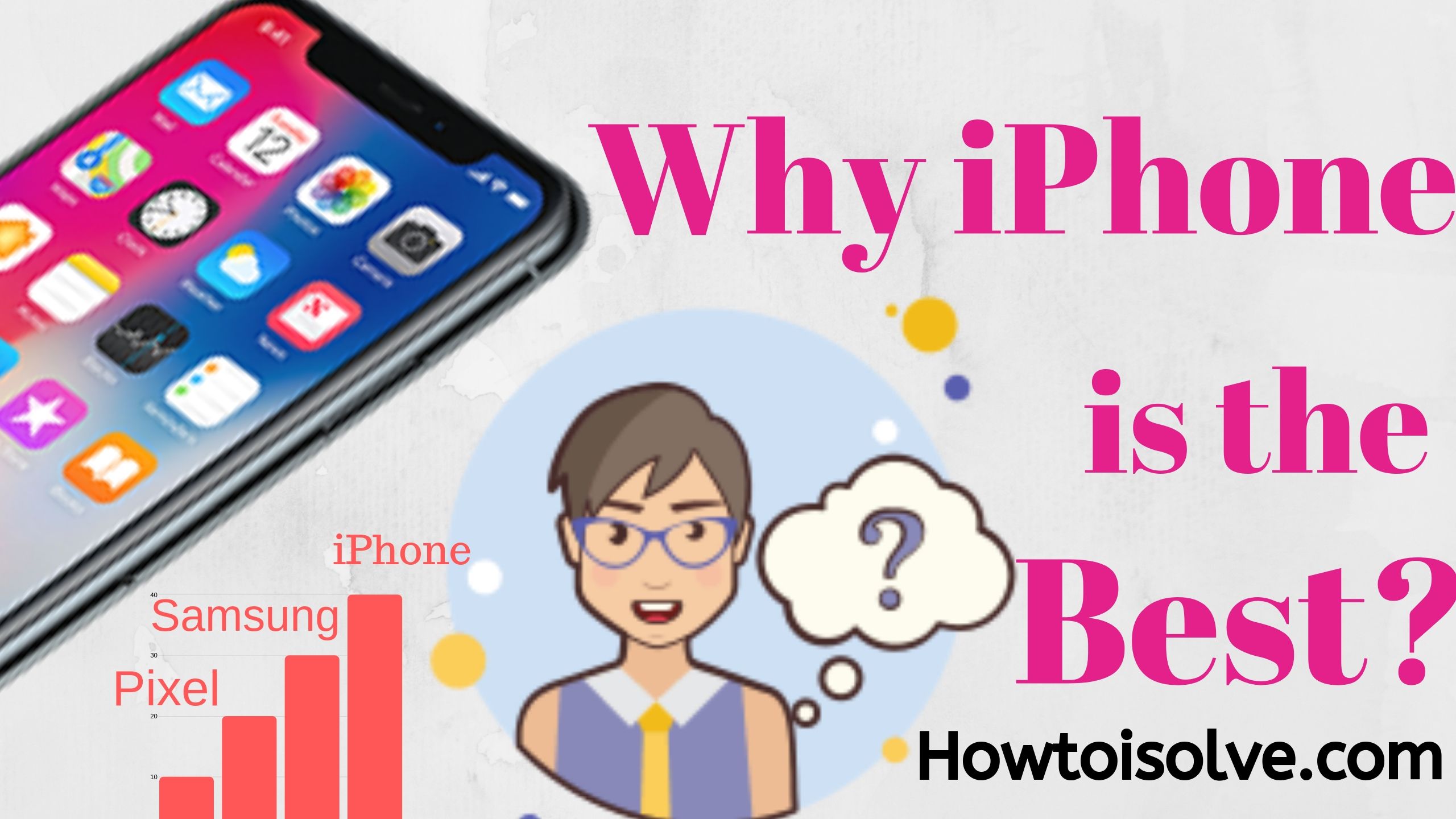 There is no doubt or need for debate about why iPhones are faster than Android smartphones. Currently, the iPhone has A12 Bionic Chip which is adequate to beat the Snapdragon 855 processor. According to a recent report of Geekbench 4 performance statistics, iPhone XS topped on the list beating Samsung Galaxy S10 Plus. Though, there was a tough competition between Galaxy S10 Plus and iPhone XS, which means Android phones are getting a lot of improvements to throw the iPhone out of the market. But it is impossible because not a single phone can compete iPhone when it comes to SPEED.

Over the years iPhone’s hardware is enhancing and Apple is making sure to integrate every single portion of iPhone with software in order to produce beast. The best example of Software and Hardware integration is Face ID. Compare to other smartphones, iPhone’s Face ID is highly secured as it used a 3D scan of your face with the help of the TrueDepth sensor. This TrueDepth sensor is also useful when you want to create Animoji and Memoji stickers on iPhone. None of the other smartphones offers such camera quality.

Every iPhone with the same iOS version contains the same interface, wallpapers, and settings. This is what makes iPhone simpler and easy to use. Whereas, when it comes to Android phones, every brand will add its own UI and make things complicated for the users. Simply pick up the iPhone and unlock it and you are ready to go.

For faster performance, Apple has added Siri Shortcuts and Suggestions and Group FaceTime in iOS 12 updates. Even iOS 13 got something big for you all. If you have iOS 13 compatible iPhone then make sure to update it.

Another arguable reason why iPhone is better than Android is OS updates. According to Apple, all the iOS devices that were launched in the past four years were updated with the latest iOS 12 update, which includes almost 83% of iDevices. Whereas, if we talk about Android updates, only 19% of users have got the Oreo update even after one year of release. you can get here iOS vs Android differences in deeply.

For faster updates in Android phones, you have to buy Google Pixel, Samsung S series or LG’s high-end devices. And when you have iPhone, Apple releases iOS updates for all the compatible iPhones every year and with the latest iPhone, you can even update your three-year-old iPhone to the recent update.

For instance, remember the Fortnite game? Fortnite was first launched on the iOS platform and after waiting several months Android users got to play such a big game. Similar examples are Super Mario Run and HQ Trivia, both the applications were released after a few months on Android.

The phone like Samsung allows you to gather all the creepy unused applications into a single folder, but this isn’t enough. After all, it will eat the precious storage of your device. Minimizing the cluttering screen isn’t a solution. And on the iPhone, you won’t get any pre-loaded software or application by carrier. However you might be thinking of the Watch app, but it is not a third-party application, but that app is restraint because it is developed by Apple itself. Besides, if you don’t want any first-party application on an iOS device, simply disable it.

Mac and iPhone make the best pair, if you don’t have them, then you are missing the world’s biggest innovation. One of my favorite function is AirDrop, it lets you transfer photos and videos over Wi-Fi from iPhone to Mac or vice versa. The Continuity Feature of macOS Mojave allows you to receive and place calls right from the Mac, but iPhone must be nearby to the Mac. Sign in with a common iCloud account on iPhone and Mac, all the data will get perfectly sync and you can access anything anywhere from any iOS device.

An Apple Family is Happy Family. Because with Family Sharing on your iOS device between You, Wife, Kids, and up to six people, you can share purchases of the applications from the App Store. The organizer gets an alert message when anyone in the Family Sharing is making any purchase, which means you can stop your family from unnecessary purchases.

Moreover, you can create Family Sharing photo albums where anyone can add photos and that will be available on your iPhone too. Catch your kid by check the current location on the Maps anywhere anytime. Apple offers iCloud Storage plans in family sharing, $2.99/mo for 200GB and $9.99/mo for 2TB.

Apple has a vast database of troubleshooting and how-to articles of iOS device related problems and solutions. Even you can get help via the Local Apple Store by scheduling an appointment or Live Chat on the web. Overall, Apple provides one of the best support compared to another smartphone brand.

You can buy your next smartphone in the form of the Apple iPhone. Just order today and share your review with us in the comment. Thanks a lot in advance, dear besty!!

Which iPad Should I Get for Procreate? Best iPad for Artists

What is the Best Gaming Router for Xbox 2021: Stream and Play Games