Thread to fix iMessage games not working on iPhone. Nowadays Apple is continuously trying to reduce the need for third-party applications on the iOS device by making them available as default apps. Let’s talk about the iMessage app in which recently a new feature is added. In the iMessage app, you can play games by downloading from the App Store with your friend or colleague, or family members.

But recently I have encountered the problem that games are not working in the iMessage app. Yeah, it is evident that some users might face this situation because it is a newly added feature in iMessage. But we can solve this by some preventive measures which are given below.

Troubleshooting to Fix iMessage Games not working on iPhone 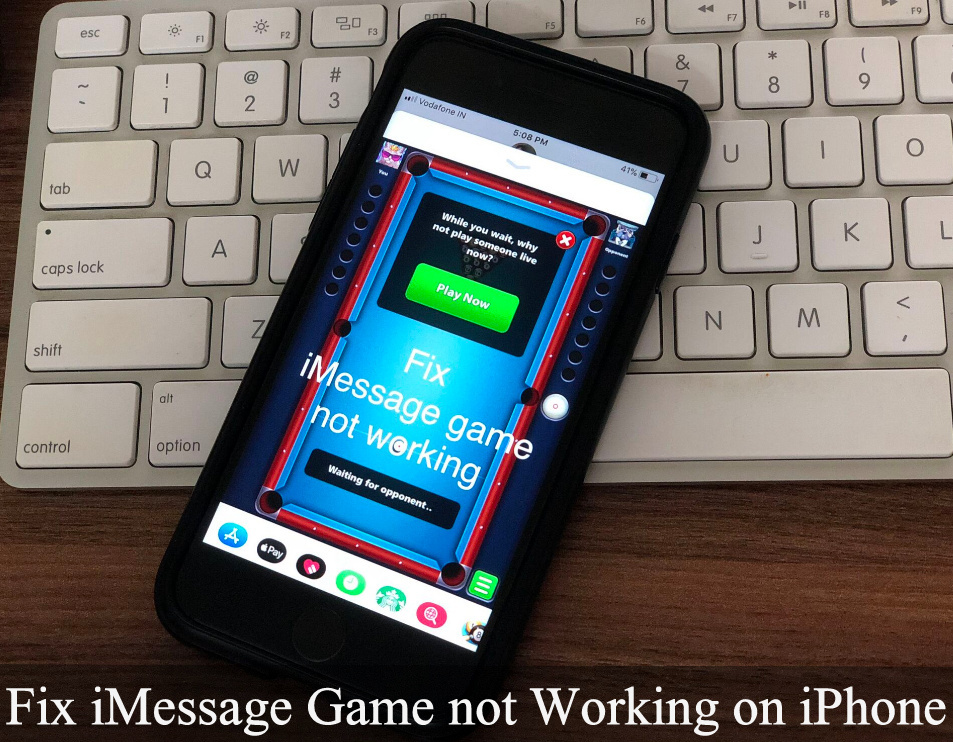 After each following step, just go and check either the games are working or not. If it is not, then try the next trick.

This standard measure you have to take when an error occurs on your iOS device. iOS updates releases with some new improvements in default apps and previous bugs are fixed.

So now we will see how to check the update on iOS:

After tapping on a software update, you will come to know whether an update is available or not.

If you are playing the game on an older version, then you can’t take advantage of improved graphics or updates and because of this old version needs to be updated. You have to update the game by visiting the App Store.

When your processor iOS gets overloaded with excessive applications, which may result in crashing or not responding to an application. So at that moment, you should go for force closing of the application and again launch it.

Resetting an iOS device is the best option if your machine is running slowly or applications are frequently crashing. After rebooting the device iPhone and all the apps will work smoothly.

Now follow the steps to force restart the iOS device.

To Start the iPhone, Again press the Side button until the startup apple logo on the screen.

Fix #5. Uninstall-reinstall Games Back to iMessage Games not working on iPhone

Uninstalling the Game and again reinstalling is another way to troubleshoot this problem. But from the messages app, we can only install a game cant delete. To delete a game, you need to visit the home screen.

Whether iMessage not sending messages or iMessage games not sending, both of the issues are probably related and have common solutions. Here’s what you need to do.

Note: Did you check the internet connection on your iPhone, if it is not working correctly, then iMessage will not deliver games. To make sure the iPhone internet connection is live, try loading any page on the Safari browser or alternatively switch from Cellular Data to Wi-Fi or vice versa.

Just like we do, whenever the iPhone is stuck or the app doesn’t function well, merely restart the iPhone without even thinking twice. It takes less than a minute to refresh the system software of the iPhone.

Periodically Apple adds new features to iMessage games, with new updates. It might be possible that at your side you haven’t updated the iMessage whereas your opponent has already updated and iMessage games not delivering.

Lastly, the only trick left for you is to update iPhone software.

Since Apple has announced Games in iMessage, users are complaining more about Why is my iMessage games sending as the picture, rather than enjoying the games on iMessage with their partner or friend. To fix the iMessage sending picture instead of games, check these basic steps.

Solution 1: Make Sure iMessage is Enabled on Both Devices

One of the Reddit users has suggested if the iMessage Games sending as an image, you should double-check the iMessage on your side as well as on another side, must be turned on. If already turned on, then disable restart the iPhone and re-enable the iMessage.

Get more- How to Fix iMessage Waiting for Activation

Next, a potential solution is to force restart the iPhone, if there’s any minor issue with your iPhone, it will get resolved with a simple restart.

For iPhone 8 or later:

For iPhone 7/7Plus: Press and hold the Volume Down button and Power button and release when the Apple logo appears on the screen.

For iPhone 6S/6S Plus or earlier: Press and hold the Home button and Sleep/Wake button and release when the Apple logo comes up on the screen.

Get More: How to use iMessage App Drawer on iPhone

Let’s share your feedback in the comments and tell us what clue worked in your case to fix iMessage games not working on iPhone.