How to Customize “Hey Siri” on HomePod: Enable or Disable

The Main function of Siri is to make a good connection between you and HomePod. And especially for that only the apple and given Siri feature in HomePod. However, if you’re bored with Siri, then you can turn off or Turn on Hey Siri for HomePod, or change the language and accents or Siri or also you can switch the voice of Siri between male and female and much more things you can customize related to Siri and HomePod.

Once you setup HomePod, Hey Siri Automatically turned on by Default. 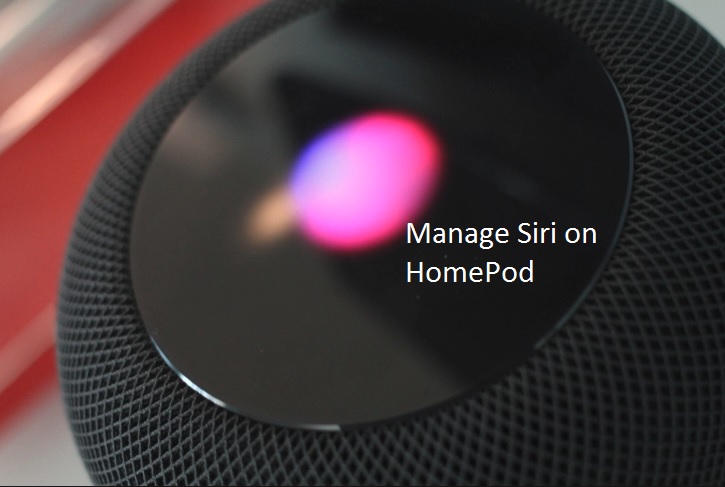 How To Turn Off “Hey Siri”

No offense Siri is the best personal assistant, but if you don’t want that facility, then you can turn it off. There are two ways to disable Siri on HomePod.

By using your Voice

Step 2: And after that Siri will ask you confirmation say “Yes”.

Step 2: Click on Rooms tab, located in the bottom middle.

Step 3: Now press and hold HomePod and click on “Details”.

After disabling the “Hey Siri” are you feeling regret? Don’t worry we can enable it in few seconds. Why disable when you have the best voice with you.

Step 2: Open Room tab and search your HomePod by swiping the rooms.

How to disable touch-and-hold for Siri

By default when you set up the HomePod this feature is enabled. When you touch and hold the top surface of HomePod, the Siri invokes. If you don’t like this feature, then you can turn it off easily.

Step 2: In the bottom middle, click on Rooms banner.

Step 4: Press and hold HomePod and tap on “Details”.

Step 5: There turn off the “Touch and Hold for Siri”.

How to disable light or sound when using Siri

It is kind of indicator that shows you that Siri is actively listening to your commands. Siri indicates in two ways by light and sound. If you want to turn it off, yes you can do it.

How to change Siri’s language and accent

If you want to switch languages, you can easily change between HomePod’s supported languages.

Step 3: Find the “HomePod” by swiping the Rooms.

Step 4: Long press the HomePod and tap on “Details”.

How to switch the voice between male and female

By default Siri talks in female voice but you can change the voice to male. The HomePod will follow the settings of iPhone/iPad for voice, but if you want to change the voice specifically in HomePod, you can do.

Step 4: Select Male or Female to change the voice.

To change specifically in HomePod

Step 6: Click on “Siri Voice” and select between Male and Female.

Above all are the alternate ways to Disable or manage/ Customize “Hey Siri” on HomePod for a newbie. Anyway, share your Valuable feedback and comment on our social page: Google Plus, Facebook, and Twitter.