Presenting macOS Catalina Sidecar Compatibility list of MacBook and Mac. The new name of macOS 10.15 is macOS Catalina, its features are as beautiful as its name. Today in this article we will brief one particular interesting function which works on iPad and Mac. That is Sidecar. What is Sidecar in macOS Catalina? Basically, with the help of Sidecar, you can extend Mac’s display on your iPad. However, it is necessary to update the iPad to iOS 13 and macOS to macOS Catalina. Still, we have found some useful tips that preventing from users Sidecar Between iPad and Mac after updated with compatible iOS and macOS. also, Premium tips to use Sidecar Between Mac and iPad.

After installing these updates in Apple devices, lately, people realized that Sidecar is supported only on few Mac Models. Therefore, we have created a list of Sidecar compatible Mac.

Sidecar has hardware requirements, Maybe requirements haven’t been finalized yet. it maybe works in some Bluetooth range and required Bluetooth 5.0 or later device.

To use Sidecar on macOS and iPadOS, it is necessary that your iPad should be updated with iPadOS 13 or later along with macOS Cataline or later. Check out the list of iPad compatible with iPadOS 13.

Don’t worry guys, there are major new features packing in macOS 10.15 [macOS Catalina] or later. Get macOS Catalina Hidden features on our website.

Apple’s all-new feature to use the iPad as a second monitor with Mac called Sidecar is limited to fewer Mac’s as it requires a powerful processor. As we said earlier, Sidecar is the second screen of the iPad, which means you can perform all the actions on the iPad which will reflect in Mac and vice versa. Therefore, if you are working on a project, then hand over your iPad to your friend, and both of you can access the file at a time and make real-time changes.

Why Sidecar not working on macOS Catalina and iPadOS 13

In case if you are missing Sidecar on the latest macOS and iOS update, then read on the following steps and fix Sidecar not working on macOS Big Sur, macOS Catalina, and iPadOS 14, iPadOS 13.

Fix 3: iPad doesn’t show up in the AirPlay list

Generally, from the AirPlay list on the Mac, you can start using Sidecar. However, if Sidecar not working, there is one more method through which you can use Sidecar.

To use the Sidecar on iPad and Mac, the Handoff needs to be enabled on both the MacBook and iPad. Verify, the below settings and turn on the Handoff on your Mac and iPad.

Alternatively, turning on and off the Airplane mode kind of fixes several network-related problems. Since we don’t know what we are dealing with, try turning on/off Airplane Mode several times.

For the iPad without a Home button,

For other iPad, press and hold the Home button and Power button until the Apple logo displays.

The VPN App might prevent the sidecar from working, if you are using any, disable it and then try to use the sidecar. Do it on the iPad as well as on Mac.

Resetting Network Settings will delete all the saved WiFi networks, but won’t affect any personal data, therefore, do it.

Does Sidecar works in Portrait Mode on macOS Catalina?

For now, Apple hasn’t included Portrait mode support on Sidecar, though you can use it in landscape mode without any issue. Till then, you have to adjust the iPad as per your convenience.

macOS Catalina showing “you cant open the “Sidecar” preferences pane because it is not available to you at this time?”

Many users have received this error while connecting iPad and Mac via Sidecar because of the following reasons;

Unable to Connect Error on Sidecar?

Ways to Connect iPad to Mac to use Sidecar

You can connect the iPad to the Mac using two different methods to use the Sidecar on macOS Catalina. Try both the methods and check which works for you. 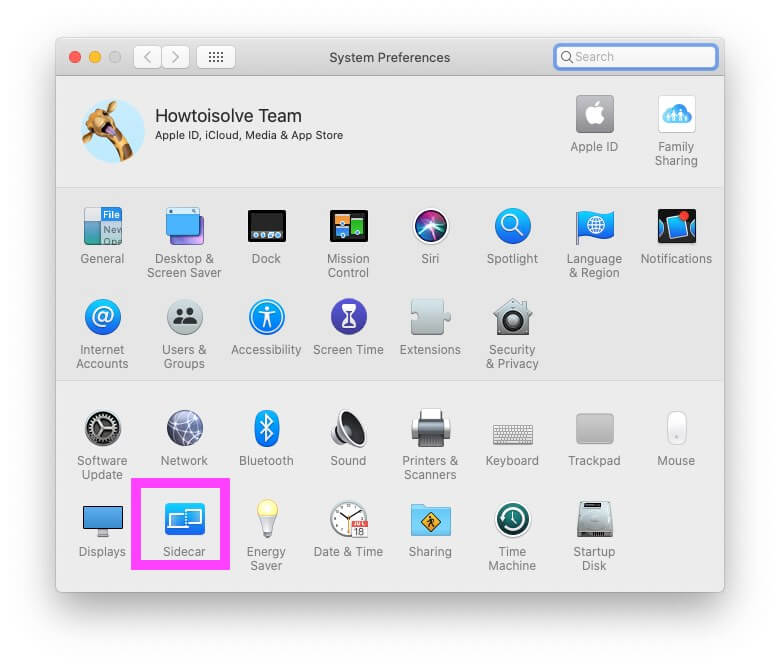 That’s it! Now you should be able to use the Sidecar feature on macOS Catalina. If this didn’t work, then try the next one.

Because of Faulty USB cable that using for sidecar connectivity. Your iPad will not show under the Connect to a drop-down list. Follow the below steps to mirror your Mac and iPad without a Cable connection. 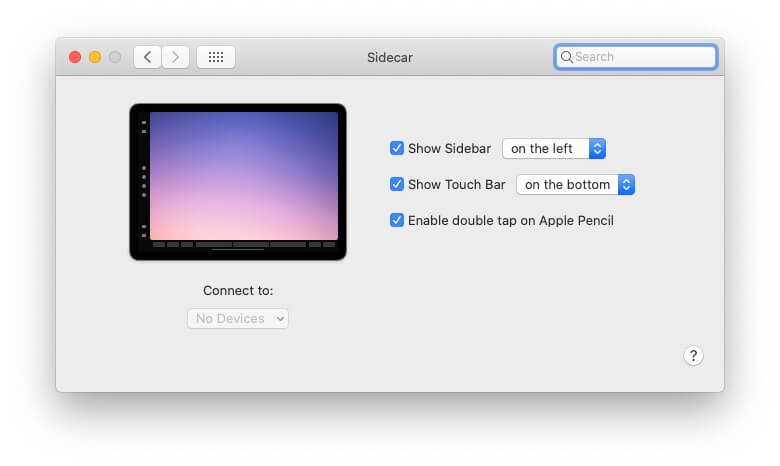 Connect to the device not showing on Sidecar Mac

Note: If you dont find the AirPlay icon, then navigate to System Preferences > Displays and enable Show mirroring options in the menu bar when available. 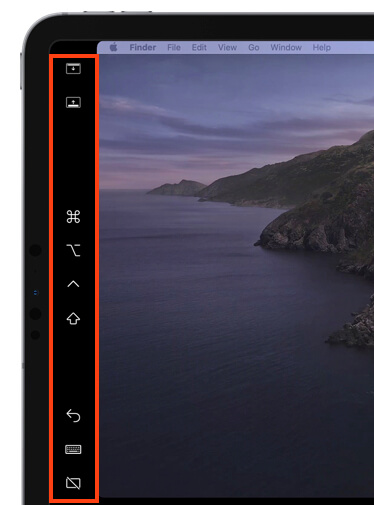 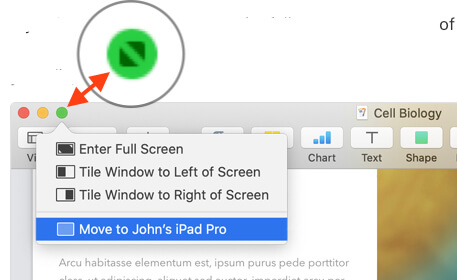 Move a window to your iPad display

How to Disconnect Sidecar on iPad from Mac

How to Check whether my iPad and Mac are connected via Sidecar?

What are the Apps that support Sidecar in macOS Big Sur/ Catalina OS?

If you are facing difficulty while using apps in Sidecar, then possibly that app is not supported for the Sidecar feature. Check the list of apps compatible with Sidecar on macOS Catalina and iPadOS 13.

Final Thoughts on Side Car [iPad as a Second Screen]

Apple is continuously giving new updates on macOS, iPadOS. So Make your Device updated always. And Gea’s new Sidecar tips and tricks guide on this tutorial.

Thanks for Visit us. and Send us your problem via this help support form by howtoisolve. Refer to This tutorial for Extend or mirror your Mac desktop with Sidecar, sidebar Commands, Touch Bar Mac, use Gesture for Scrolling, Apple Pencil with Sidecar.

Does AirPods 3 Waterproof? Here’s the Truth about 3rd Gen AirPod