What is Sidecar in macOS Big Sur/Catalina? Supported Macs & Best Sidecar Apps That How works?

We have a list of Best Apps that Sidecar Supported/ Let’s know What is Sidecar for iPad and Mac and How to use or Works personally, Apple Sidecar Supported Macs. Apple has just launched the macOS Catalina along with an amazing iPad significant feature that is really outstanding. Basically, Sidecar is a feature that allows you to share the Mac screen on the iPad. We can call it a secondary screen of Mac; it will a great way to increase productivity. Across two devices, you can edit your stuff and see the real-time changes on both the devices.

Besides, using Apple Pencil on iPad, you can creatively perform multiple tasks along with modifying the pictures, files, and more. This is how to get the most out of expensive devices at a time. If you are a real nerd, then you will surely make your way out to increase productivity using Sidecar function.

For instance, if you and your colleague are given a project, then hand over your iPad to your colleague and extend the display. Sidecar enables the iPad and Mac to work simultaneously so whenever you make any change in iPad, it will reflect on the Mac screen and vice versa. Like, when you mark PDF or draw some sketch on the iPad, you can find the changes across both the devices. 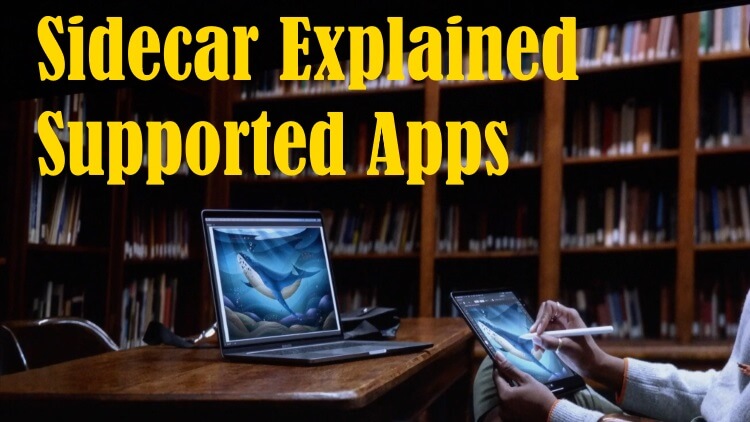 Prerequisite for Mac and iPad

Sidecar run on Supported Macs only,

Troughton-Smith says a long list of older machines is blacklisted from taking advantage of the feature.

As it turns out, Sidecar is limited to many of Apple’s newer Macs, and the devices listed below will be able to use it.

Sidecar is similar to AirPlay function, but AirPlay is very much limited compared to Sidecar. In AirPlay, we can only cast the iPad screen to Mac, but with Sidecar, we have the power to perform every action across both devices and improve our productivity.

So Sidecar was one of the best feature added in macOS Catalina, as far as I know. Hopefully, you have understood what does Sidecar means and how Sidecar works between iPad and Mac.

Still, if you have any query related to Sidecar then ask us in comments, we will reach you out as soon as possible.