So far Google Drive worked perfectly, but now many users are reporting Google Drive not working on iPhone or Google Drive won’t sync errors. There are several factors that could cause such problems, at first try to follow our basic troubleshooting tricks to fix the Google Drive issues.

What to do when Google Drive Won’t Load on iPhone, iPad?

Force restart way for iPhone 8 and iPhone X or later/iPad without a physical Home button,

Google Drive backup not working on iPhone or iPad, did you check the Google Drive terms and conditions before trying to backup? If not then here they are,

Now, check out the correct way to backup Photos and Videos on Google Drive,

Google Drive Backup will take several hours or minutes, depending upon the size of the backup and most importantly the internet speed. Meanwhile, if the same Gmail account is added to another phone, then try to back up on that device.

Google Drive app not syncing iPad or iPad, if your iPhone or iPad doesn’t give any access to Google Drive, then you are likely to face Drive doesn’t sync on iPad or iPhone. 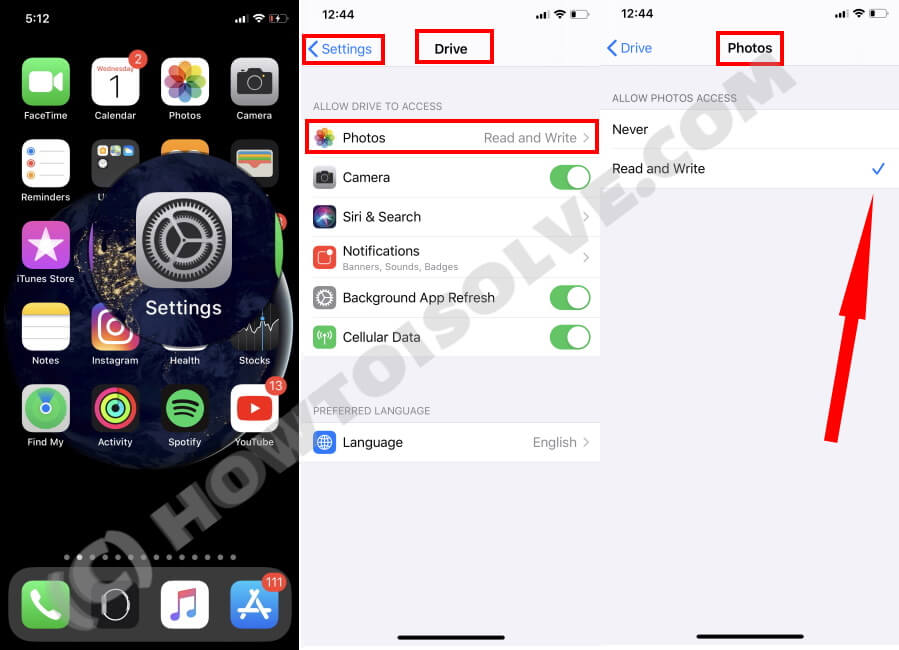 Drive not syncing iPhone or iPad, then make sure to enable read and write permission as well as a sync option in Photos app, read the above Google Drive Does Not Sync Photos to further details. However, everything alright then continues to read,

8 Fixes iPadOS 16 Update Not Showing Up On iPad

Outlook Add-ins Not Showing or Missing on Windows & Mac: Fixed